Deja vu: What these senators said then and what they…

WASHINGTON (AP) – Three senators may be experiencing some deja vu when they hear Thursday from Supreme Court nominee Brett Kavanaugh and Christine Blasey Ford, who says Kavanaugh sexually assaulted her in high school.

Of the Senate Judiciary Committee’s 21 lawmakers, these three also participated in the 1991 hearings for Supreme Court nominee Clarence Thomas, who was accused of sexual harassment by former employee Anita Hill. The committee heard testimony from both Thomas and Hill before the Senate ultimately voted to confirm President George H.W. Bush’s nominee, 52-48.

Vermont Democrat Patrick Leahy, Utah Republican Orrin Hatch and Iowa Republican Chuck Grassley were all on the committee in 1991. They are currently the first, second and third longest-serving senators.

A look at what the lawmakers said then and what they’re saying now:

THEN: Grassley had already been in the Senate for a decade at the time of the Thomas hearings, which were led by Judiciary Committee Chairman Joe Biden, then a Democratic senator from Delaware. Grassley didn’t take a primary role in questioning Hill, telling her: “If I had to ask some of these questions that were asked of you today, I would not be able to do that. It is just not my nature.” He ultimately voted to confirm Thomas.

NOW: Grassley, 85, chairs the Judiciary Committee and is in charge of Thursday’s hearing. It was his office that decided that an Arizona prosecutor who oversees sex crimes prosecutions, Rachel Mitchell, should handle questioning. Grassley’s office also negotiated other terms of Ford’s testimony, and he took a hard line against what he called some of Ford’s “unreasonable demands.” He rejected proposals that Kavanaugh testify first, for example, and that only senators be allowed to ask questions.

In the earlier round of hearings with Kavanaugh, Grassley showed he wasn’t shy about chastising Democrats when he believed they were grandstanding with calls to delay the hearing and threats to release confidential documents.

THEN: Hatch, who knew Thomas personally, was an active participant in the 1991 hearings. He suggested that Hill had invented two of her allegations after reading a court case and a 1971 horror novel. Hill told lawmakers that when she was working for Thomas, he looked at a can of Coke and asked her: “Who has put pubic hair on my Coke?” Hatch, during the hearings, held up a copy of the book “The Exorcist” and then read from Page 70, a passage that mentioned a pubic hair floating in a glass of gin.

Hatch, a senator since 1977, also voted to confirm Thomas.

NOW: Ahead of Thursday’s hearing, the 84-year-old Hatch has questioned why Democrats didn’t bring forward allegations against Kavanaugh earlier, calling it “strange how at the last minute all these accusations come up.” Hatch, a senator since 1977, has also said the committee should hear from Ford, and “then we should vote.” GOP leaders set a committee vote for Friday and hope to confirm Kavanaugh early next week. Hatch plans to retire at the end of this Senate term.

THEN: Back in 1991, Leahy was the first member of the 14-member Judiciary Committee to announce he would vote against Thomas, saying so after the committee had held hearings but before the allegations by Hill became public. The Democrat, a senator since 1975, said he had “too many doubts about” Thomas’ vision of the Constitution. 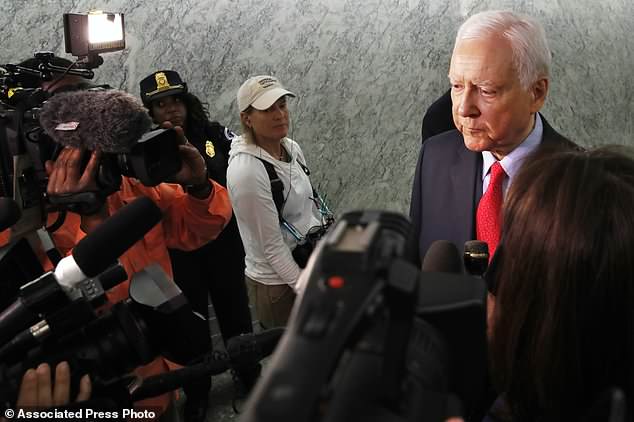 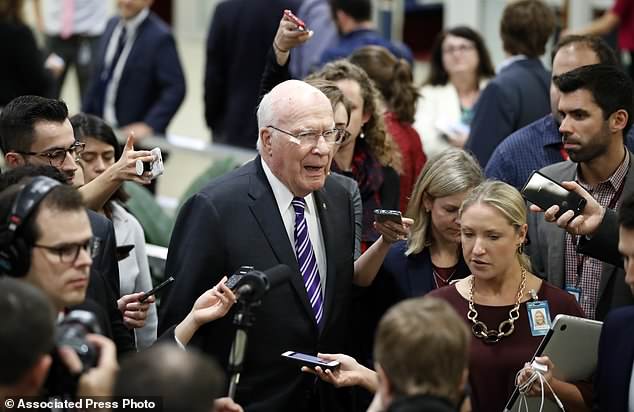