Dejan Lovren reveals he takes five pills before every game

Liverpool defender Dejan Lovren has been forced to take five pills before every game in order to be able to play.

Lovren played the full 90 minutes in their Champions League draw against Spartak Moscow in midweek and has featured eight times for Jurgen Klopp’s side this season despite being hampered by a back injury.

But his injury problems have worsened after revealing he now also has an Achilles issue that may sideline him for his country’s decisive World Cup qualifiers against Finland and Ukraine next month.

‘I have problems for the last two weeks with my whole body, it hurts,’ the 28-year-old told Sportske novosti.

‘I have problems with my back…and now I have hurt my Achilles tendon.

‘I play, but I’m not training at all. I can’t train. The biggest problem is my back. That’s why I skipped the matches against Manchester City and Burnley in the Premier League.

‘I have big problems with the left side of my body. I’m taking pills so I can play. I take five pills before every game.’ 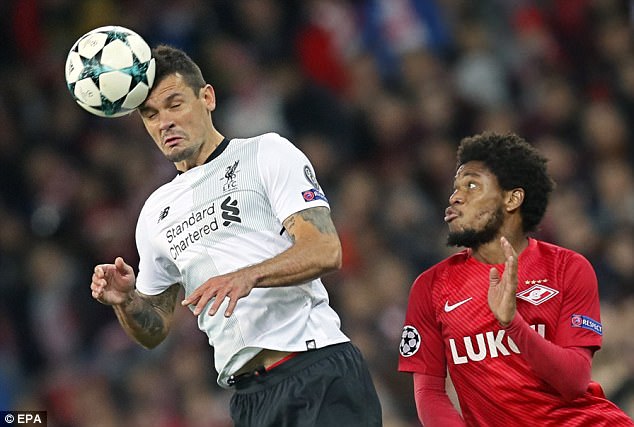 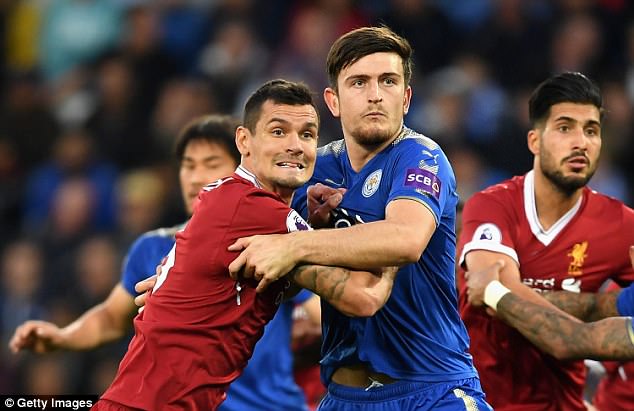 Croatia sit top of Group I on goal difference ahead of Iceland, with Turkey and Ukraine two points behind

Despite his injury concerns, Lovren has been selected for their final pair of qualifiers and admitted he made Ante Cacic aware of his issues before he named his final squad. 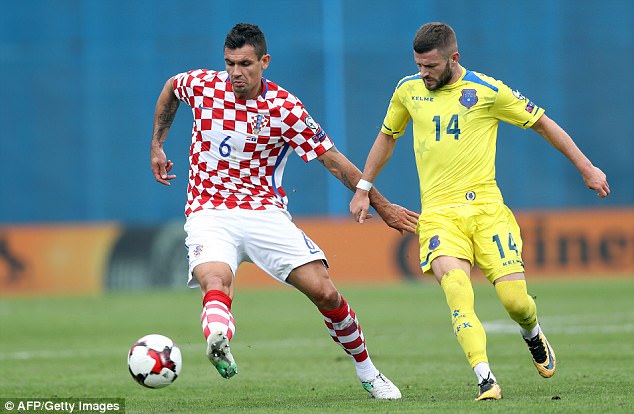 ‘All this time I’m playing under tablets. It’s not normal to have four of five tablets before each game. I wanted to play, the coach put me in the team, but it is not good.

‘I’m worse and worse. For a long time, it makes no sense.’ 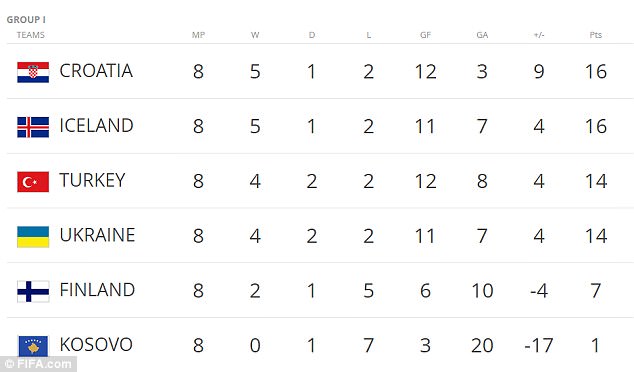