A Deliveroo motorcycle delivery driver has claimed the company is refusing to compensate him despite his leg suffering horrific damage in an accident while he was working.

Vitor Faria, 37, claims all the ligaments in his right leg were ‘completely destroyed’ and he suffered two fractures after a Citroen C4 suddenly pulled out in front of him while he was making a delivery near Sydney’s fish markets in Pyrmont on October 26th.

The motorcycle fell on his right leg, crushing it.

Vitor’s arm was left horribly scratched from the crash

Other drivers pulled over and ensured he safely made it to the Royal Prince Alfred Hospital, where doctors performed emergency surgery.

‘I can’t walk properly and my ligaments don’t exist anymore,’ he said.

Mr Faria has another round of surgery but says he has no money to pay for it after already spending $1,000 on medication, MRIs and doctors appointments. 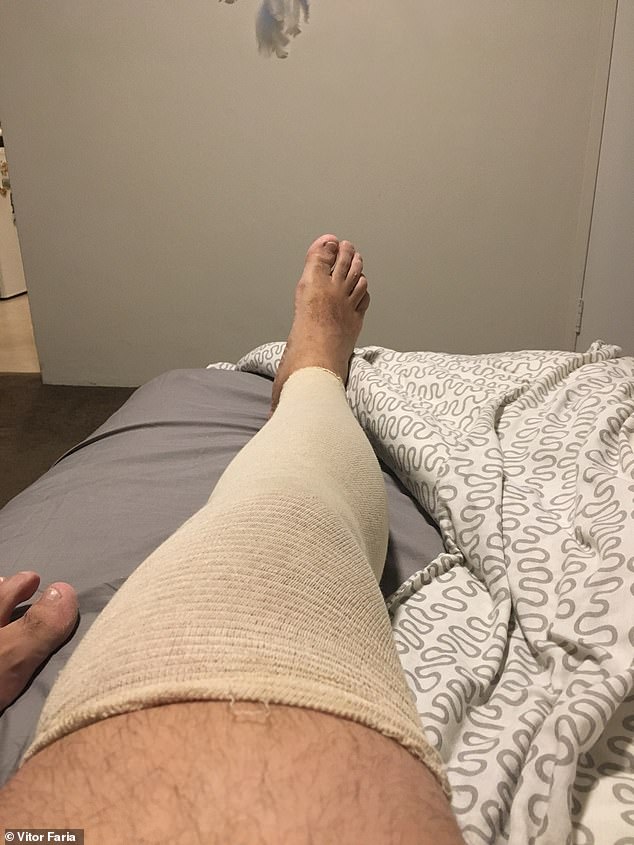 Vitor’s right leg was left with two fractures, and his ligaments were completely destroyed

‘I got one call from Deliveroo three days after the accident – and that’s it.

‘They asked me for some details, and after that, no more.

‘The Transport Workers Union is helping me pay some bills.’ 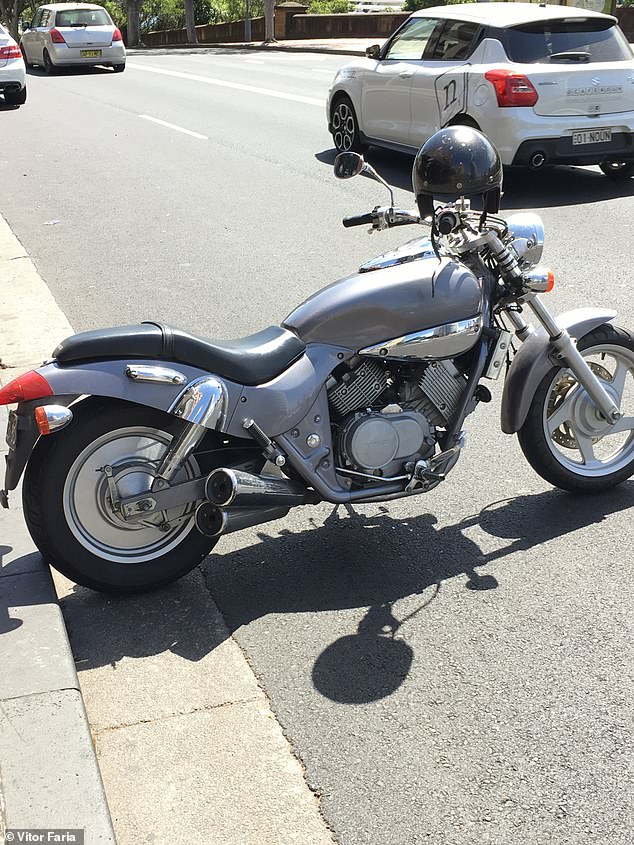 Vitor began riding for Deliveroo two and a half years ago, when he arrived in Australia from Brazil on a student visa

‘Vitor, who has submitted a claim through this insurance policy,’ the spokesman said.

Deliveroo set up a ride safety panel made up of 10 riders to advise on road safety issues last month. 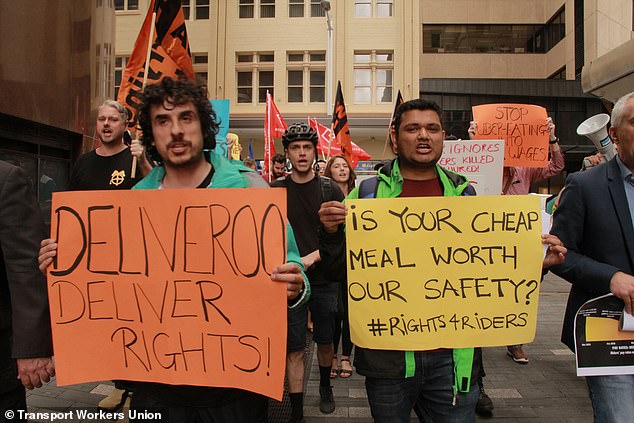 Since November 2017, four riders with Deliveroo’s rival Uber Eats have been killed on the job in Sydney, with the most recent death occurring in September this year.

An Uber spokesperson also said that drivers and delivery partners in Australia who are injured on the job while driving are insured for on-trip accidents.

‘Last year we announced that eligible driver and delivery partners in Australia are insured by Chubb for on-trip accidents, providing different types of payments if they are injured and unable to work.’ 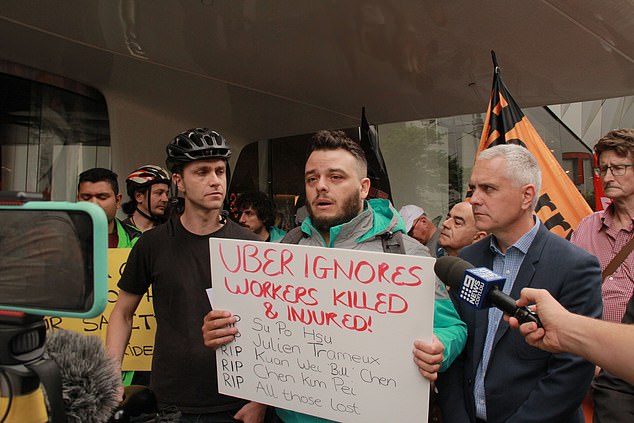 Vitor marched with other ride-share and on-demand food delivery drivers in Sydney on November 20th, demanding better conditions at the companies.

He carried a sign with the names of four drivers who had died while driving for the ride-share and fellow food-delivery company, Uber.

‘They’re earning money with our blood, with our work.’ 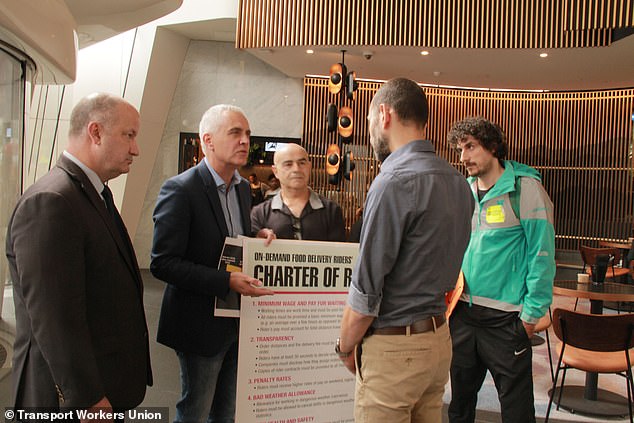 Protesters marched on the Uber office in Sydney to make their voices heard – Mark Morey, the Secretary of Unions NSW (left), and Michael Kaine, the TWU National Secretary (middle-left), and an uber representative, who TWU claim took the sign from them (middle-right)

‘Gig economy companies like Uber and Deliveroo are ignoring the safety of their delivery riders to line their own pockets,’ Transport Workers Union Secretary Michael Kaine said.

‘When they call in after an accident the company’s priority is cancelling the delivery order, not the safety of the worker… when Julian Trameaux was hit and killed while delivering for Uber Eats in Sydney, his family received a five-line statement in response.’

The Transport Workers Union prepared a Charter of Rights that they’d like food delivery companies in Australia to abide by.