A University of Birmingham student whose parcel was left in a wheelie bin outside his house had his delivery destroyed after his rubbish was collected for the first time in months.

Chris Burden had been living at the student house in Harborne since July 15, with his bins only collected once since he moved in due to the bin strikes in Birmingham.

Yet an Amazon delivery man had managed to push Mr Burden’s parcel into the wheelie bin full of rubbish, before posting a note through his letterbox to inform him his package was left in a ‘safe space’.

The note read: ‘We have left it in a safe space you told us about. Parcel in black wheelie bin.’ 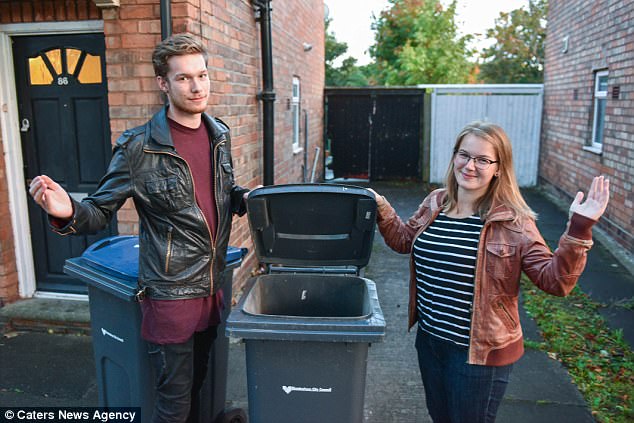 The 21-year-old, who lives with two other housemates, said: ‘Something like this would only happen to us.

‘We were just buying some essentials, an extension lead and some coat hangers, the bin was pretty full so he would have had some trouble getting it in.

‘I don’t know why it wasn’t left with a neighbour, we have parcels left with them all the time.

‘We did see the funny side of it, it’s just typical that the bins would have been collected on the same day, after all this time.’

Mr Burden said he had gone for a walk with his housemates, and when he returned he noticed his rubbish was no longer there.

He said: ‘We had noticed the bins had been emptied when we came home and were relieved, but when we saw the note that said the parcel had been left in the bin, we just looked at each other in shock. 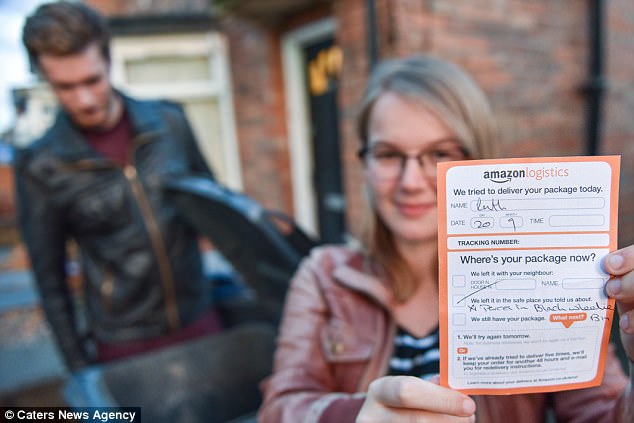 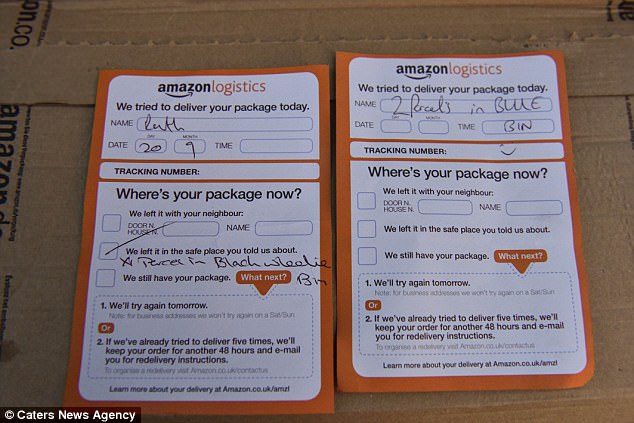 The two Amazon Logistics delivery cards, the first package was left in the black bin but was emptied by binmen on the same day, their replacement package was then left in the recycling bin the next day

‘When we went to check and saw the empty bins we knew the parcel had gone.’

Following the shambolic first missing parcel, housemates were stunned when the second parcel was left in a recycling bin – although this time they managed to get their hands on the goods before the binmen.

Have you had a nightmare home delivery before?

Have you had package thrown into your bin?  Every waited days for a package to arrive but gets delivered to an address hundreds of miles away?

The road has been covered with bin bags since June after a dispute between binmen and Birmingham City Council.

The strikes were suspended yesterday after a court ruled Unite can bring a case against the council over its handling of the situation.

Mr Burden added: ‘We are fourth-year students and have only had our bins collected once in the time we have been here, our neighbours have had it even worse than us.’

‘There is no way the courier could not have known about the bins strikes, just a drive down our street would have told them that.

‘Maybe he thought there was no risk of it being collected.’

Mr Burden talked with Amazon, who moved swiftly to give the 21-year-old a refund for the first parcel and organised another redelivery of the second package. 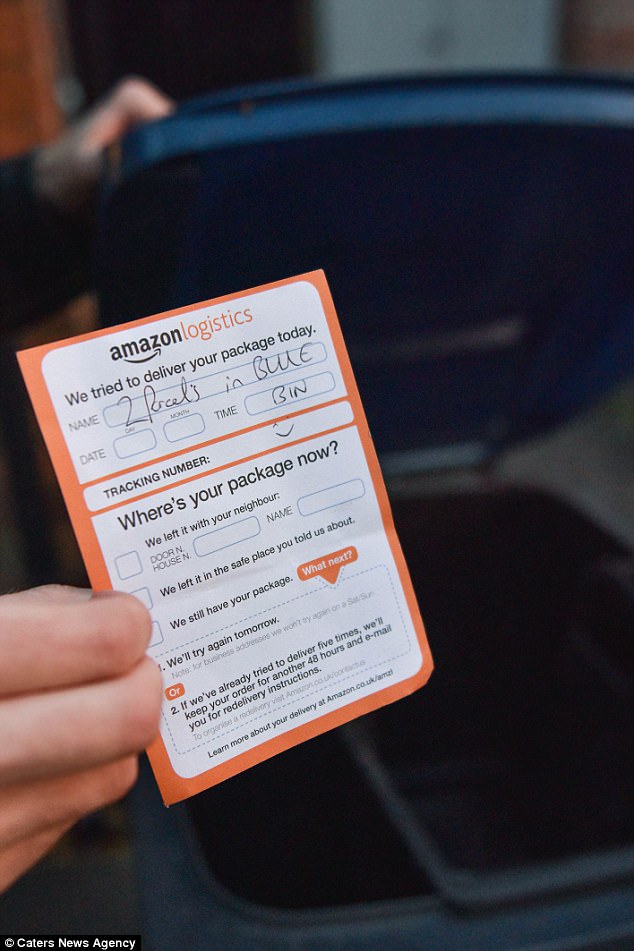