Delta and American are among several airlines limiting alcohol services to passengers amid the coronavirus pandemic.

According to a report in CNN, both airlines have suspended the service of liquor to those travelling domestically in coach ‘to minimize interaction between crew and passengers and to ensure a safer journey for all’.

‘As face masks must be kept on other than when passengers are eating and drinking, it’s a way of ensuring passengers are not lingering over their refreshments for longer than necessary,’ the report reads.

Delta has suspended the service of beer, wine and spirits on all domestic flights.

However, alcohol will still be available for those flying internationally.

Delta and American are among several airlines limiting alcohol services to passengers amid the coronavirus pandemic.

Meanwhile, American Airlines is currently only allowing  those travelling in First Class to order liquor if the journey is less than 2,200 miles. Passengers on international flights will be able to request alcohol service.

The U.S. carriers join Virgin Australia and Europe’s Easyjet in limiting the service and sale of alcohol.

Meanwhile, both American and Delta have announced stricter rules about mask-wearing during flights.

The two airlines, along with Southwest, Jetblue and United, will now ‘clearly articulate’ their policies about face coverings before flying.

While most companies have had policies mandating mask-wearing, they have not always been strictly enforced. 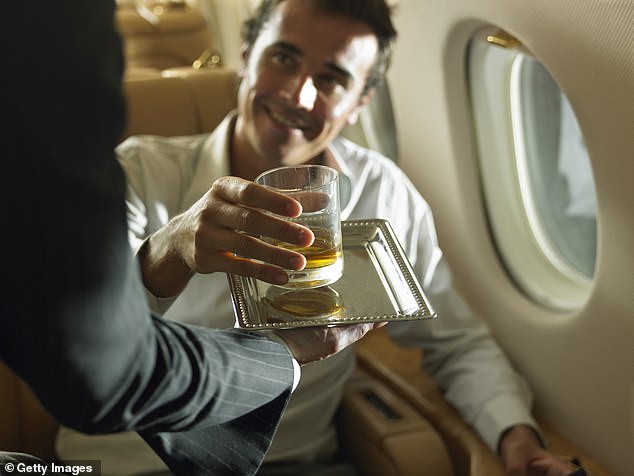 According to a report in CNN, both airlines have suspended the service of liquor to those travelling domestically in coach ‘to minimize interaction between crew and passengers and to ensure a safer journey for all’

However, lobby group Airlines for America released a statement Monday on behalf of the carriers saying that they may permanently ban passengers who do not follow the rules.

The airlines will clearly inform passengers about their individual policies on face coverings before flying, followed by an announcement with specific details on board, the lobby group said.

Each carrier will decide the appropriate consequences for passengers who fail to comply, up to and including being put on that airline’s no-fly list. 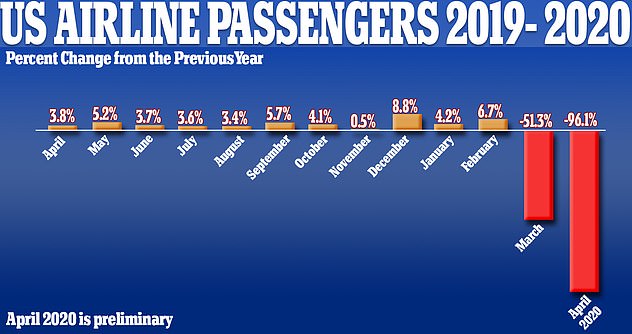 Up until the pandemic hit the US with full force in March, airline travel had been growing year-on-year. Now, US airlines have grounded many of their planes, canceled hundreds of thousands of flights and the industry is still burning through billions a dollars a month