A Delta flight from Atlanta to the Netherlands was forced to make an emergency landing in Newfoundland on Thursday night after suffering an ‘engine performance issue.’

Delta Flight 70 took off at 3:30pm and was supposed to be landing in Amsterdam just before 6am on Friday.

But the flight only made it just past the northeast coast of Canada before being forced to turn around and land at a remote airfield in Goose Bay, Newfoundland.

The plane landed without difficulty and no one was injured.

A Delta Airlines flight from Atlanta to Amsterdam was forced to make an emergency landing in Labrador, Newfoundland on Thursday night. This picture was taken by ground staff 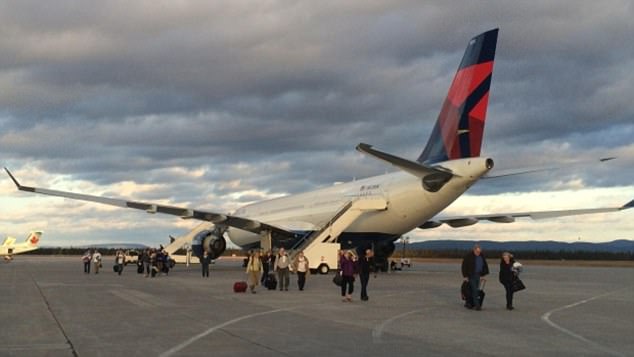 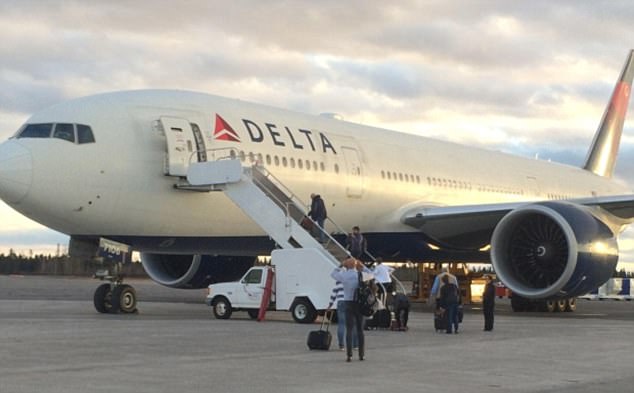 ‘The flight landed safely and customers have deplaned. Customers will continue to Amsterdam on another aircraft tomorrow. Delta is in contact with the customers, and we apologize to our customers for the delay. Safety is Delta’s top priority.’

Air traffic control recordings hear the pilot declaring an emergency due to engine failure just prior to landing. 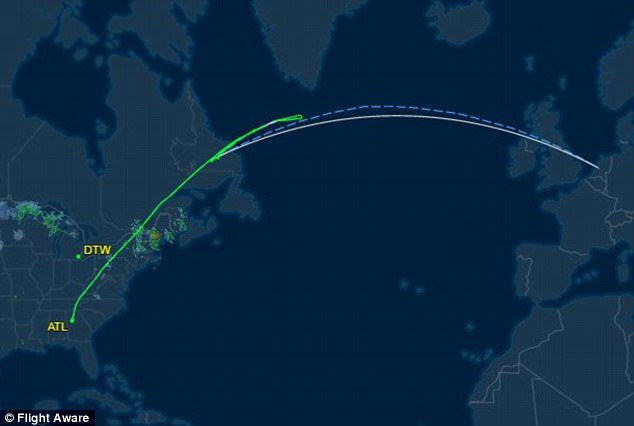 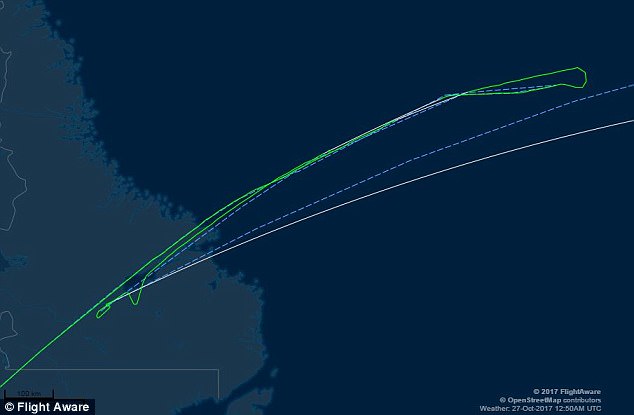 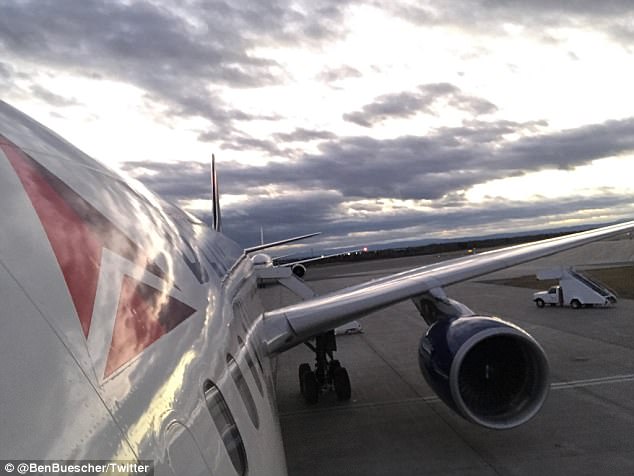 Audio from air traffic controllers after the plane landed also reveal that after the number two engine was inspected, four pressure relief valve doors were found to have been blown open.

It’s the second plane in a month to encounter engine problems on a transatlantic flight and be diverted to Goose Bay.

An Air France flight from Paris to Los Angeles on September 30 was forced to declare an emergency and make a landing in Newfoundland as well. 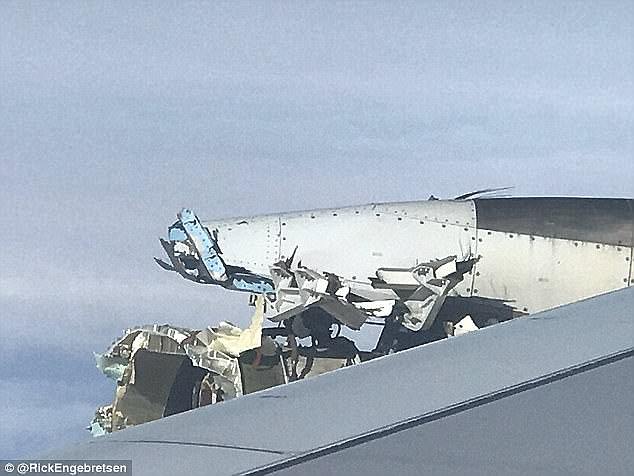 Earlier this month, an Air France A380 plane was forced to land at the same airport after its engine fell off