She’s The Voice Australia coach and Australian songstress who likes to keep people guessing when it comes to her love life.

And on Sunday, Delta Goodrem was doing nothing to dampen whispers of a new romance with former Packed To The Rafters star Hugh Sheridan.

The 32-year-old was spotted making a low-key arrival in the actor’s hometown of Adelaide over the weekend alongside her mother Lea.

The Dear Life singer was striking in her appearance as she strolled through the terminal, donning a bright red overcoat.

Delta teamed the jacket with a plain white T-shirt, blue jeans and white trainers for a casual-chic look.

Accessorising the ensemble, the former Neighbours actress opted for a chunky gold necklace and matching bangle.

She also casually rested her sunglasses on top of her head, with her locks tied back in a loose bun and carted a Louis Vuitton suitcase as well as a large black tote.

The singer and her mum Lea, who was also dressed in a stylish outfit, were reportedly in town to watch a football game that Delta’s brother was involved in. 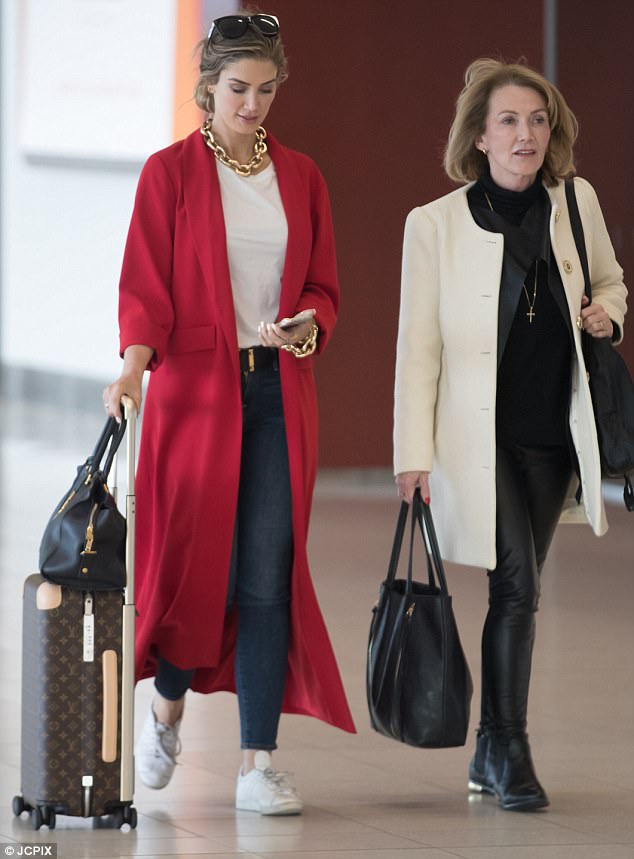 Family affair! The singer was joined by her mother Lea (right) and were reportedly in town for Delta’s brother’s football match 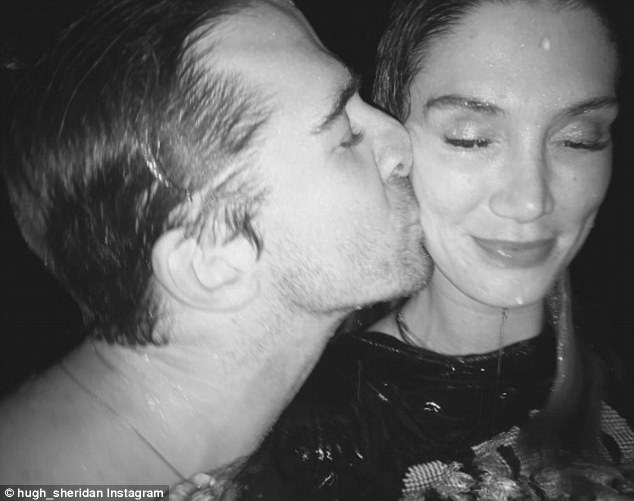 Pucker up! In an image shared to Hugh’s (left) Instagram account less than a week ago, Delta was seen enjoying a kiss on the cheek from the actor

Less than a week ago, Hugh added fuel to the rumours of a blossoming romance between himself and Delta when he took to his Instagram account.

In the image, the duo looked the picture of content as Hugh kissed the Australian pop star on the cheek.

Delta is pictured smiling with her eyes closed, with her hair wet and water dripping off her face. 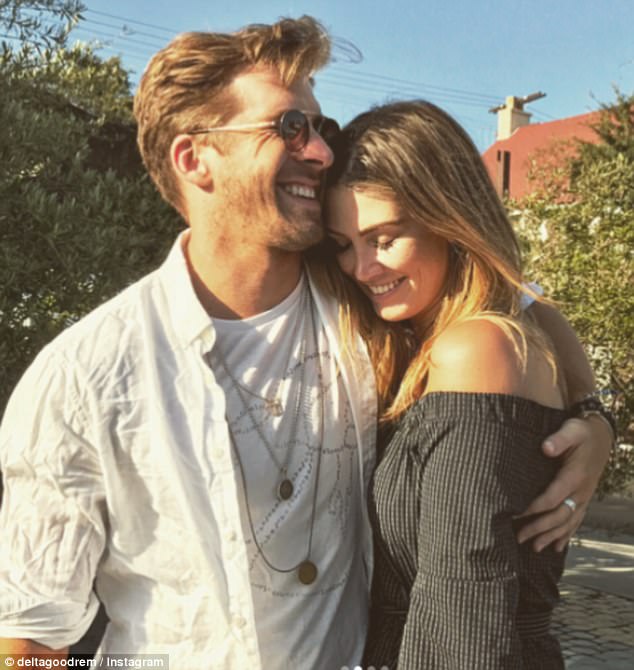 New couple? The former Packed To The Rafters actor and the pop star have been causing a stir recently as rumours abound that they are dating 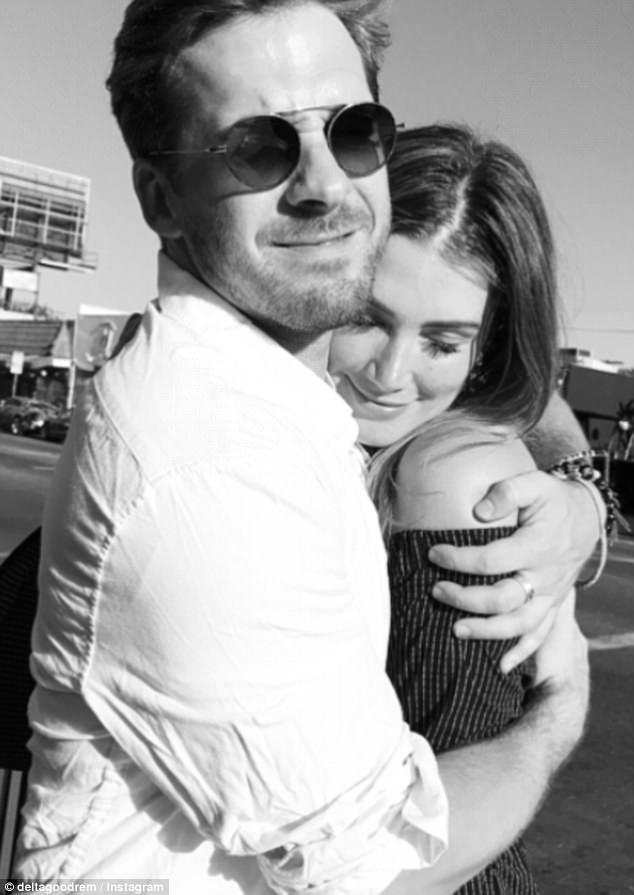 ‘This one’: Delta shared numerous photos of herself and Hugh looking cosy

The post comes after the Wings singer shared pictures of the duo to her Instagram account in August, showing them embracing in every photo and looking a lot closer than usual.

‘This one @hughsheridan,’ she captioned on all her photos featuring the actor.

The pair were also spotted in Los Angeles earlier this month – where they are still residing – getting very cosy together, as they partied into the early morning. 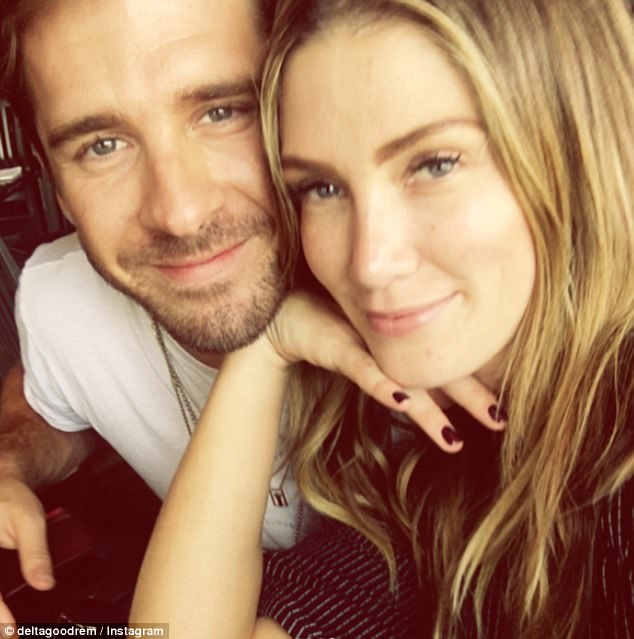 In love or just friends? Adding fuel to the the fire were reports that the duo were spotted looking very close as they partied in Los Angeles earlier this month