Delta airline passengers endured a 12-hour delay on the tarmac before their flight was cancelled due to a violent snow storm.

The passengers were flying from Kansas City Airport on Tuesday on flight 2165 when they sat on the plane from 6pm to around 6.30am.

A person on board the plane tweeted suggesting that the flight was eventually cancelled because the flight crews working day finished.

A recently revived deal between American Airlines and Delta means that they can put passengers on each others planes when they are stranded, however they is no suggestion that this happened.

The flight made several trips to and from the gate and the passengers were allowed to leave the plane for breaks, reports Fox News.

Ann Ngo told the Kansas City Star that she was finally able to get an outbound flight the following evening, and received a $100 voucher from Delta for her trouble, she described the whole experience as a ‘s*** show’.

Matt Montgomery said: ‘@DeltaAssist @Delta and now the crew for flight 2195 has officially timed out as we were about to take off. The worst air travel day experience in 20+ years of flying.’ 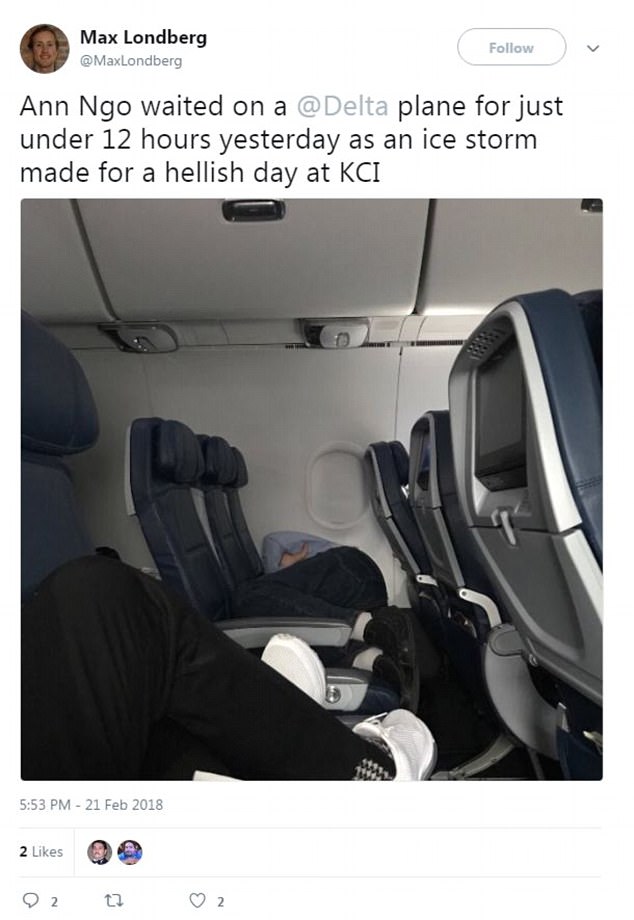 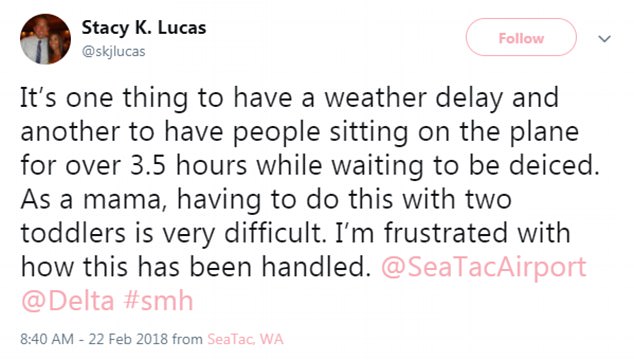 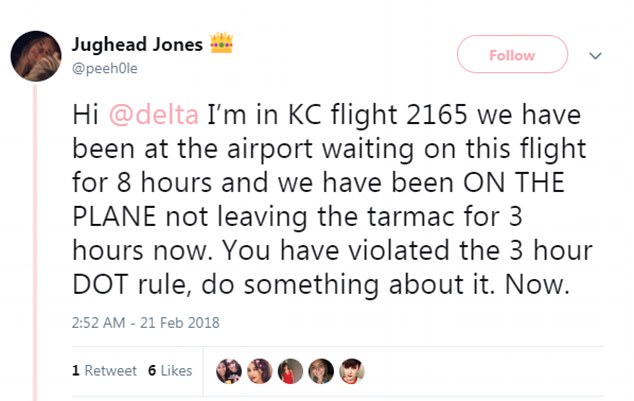 The local newspaper also reported that an official airport source had told them that Delta was the only airline that had significant delays due to the weather.

Regulation brought in by President Obama means that airlines can be fined for leaving passengers on board grounded planes, and the breaks given to passengers could have saved them a lot of money.

Airlines that violate the rule can be fined $27,500 per passenger.

A Delta spokesperson said in a statement that ‘the significant amount of ice accumulation’ on its airplanes ‘drove prolonged de-icing time.’

Airlines must be de-iced using a special fluid to fly safely.