Elizabeth McCarthy, 50, withdrew from the race for House District 28 on Friday

A Democrat running for Florida’s state House has withdrawn from the race after her claim that she treated Pulse nightclub victims was questioned.

Elizabeth McCarthy, 50, withdrew from the race for House District 28 on Friday, two weeks after her claims and credentials were called into question by local watchdog news site Florida Politics.

‘I personally removed 77 bullets from 32 people … It was like an assembly line,’ McCarthy had claimed at a gun control panel earlier this year, saying she was working as a cardiologist at Orlando Regional Medical Center on the night of the 2016 Pulse massacre, where 49 were killed and another 53 wounded.

The only problem: the hospital said it had no record of her employment there, and the state Department of Health has no record of McCarthy being a licensed doctor.

Yes, I am a doctor,’ McCarthy insisted when approached with the apparent contradictions. ‘Yes, I did work the night of Pulse.’ 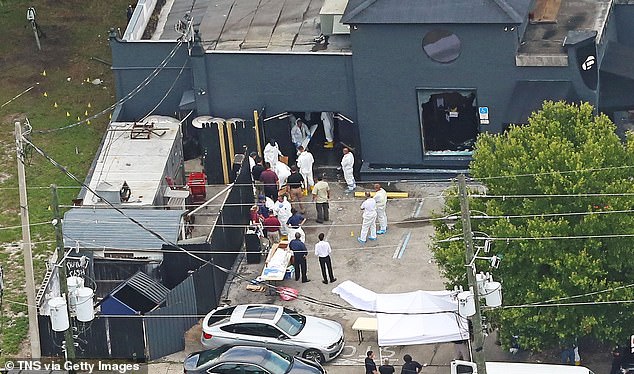 An aerial view of the mass shooting scene at Pulse nightclub in Orlando on June 12, 2016

Neither school had any record of her receiving a degree.

University of Florida and Florida State officials also contradicted her claims to have played basketball for both their teams as an undergraduate.

The report said that officials confirmed she was a registered nurse until 2005, and that she later started a medical company that was in business through 2014.

When the revelations emerged, McCarthy first said she would resign and then vowed to remain in the race to challenge incumbent Republican David Smith. 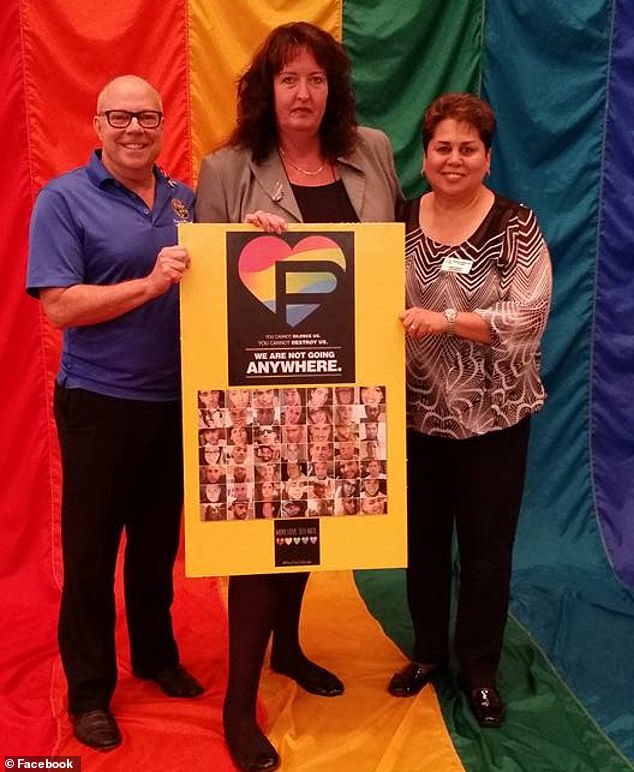 McCarthy (center) is seen commemorating the Pulse shooting victims. She had served as the legislative director for the Florida Democratic Party’s LGBTA Caucus

On Friday, she sent a statement to Florida Politics announcing her intent to withdraw from the race.

‘After thoughtful contemplation, due to professional obligations, I am withdrawing as a Democratic candidate seeking the nomination and election in Florida House District 28,’ McCarthy wrote.

‘These considerations have made it impossible for me to continue forward as a candidate, giving the campaign the attention it deserves, while also being able to provide the attention my work requires.’

Prior to running, McCarthy served as the legislative director for the Florida Democratic Party’s LGBTA Caucus.

The shooter at the Pulse nightclub, who pledged allegiance to ISIS, was killed on the scene by police.