Dennis Ross who strangled girlfriend is jailed for life

A kickboxer who beat his girlfriend so savagely she was left in a coma has been jailed for life after his grandmother reported him to police.

Dennis Ross, 33, from Newport, South Wales, punched and strangled partner Sian Davies before using a cigarette to burn her, over the course of a weekend.

Such was the extent of her injuries that paramedics could not identify what race or ethnicity she was. 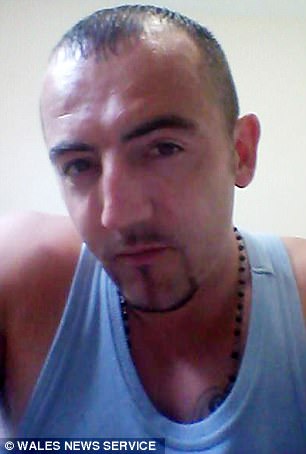 Dennis Ross (pictured), 33, from Newport, South Wales, punched and strangled partner Sian Davies before using a cigarette to burn her, over the course of a weekend

Ms Davies, 32, suffered broken ribs, muscle damage, pneumonia, frostbite and severe swelling to her eyes, lips and throat, so that she was unable to speak or open her eyes, during the assault.

She later told officers that she felt ‘lucky to be alive, Cardiff Crown Court heard.

Michael Jones, prosecuting, said Ms Davies was found ‘barely conscious, struggling to breathe’ with dried blood in her hair and naked from the waist down on a bed in Ross’s Newport flat on July 9.

Ross, who was on licence for inflicting grievous bodily harm on a previous partner at the time of the offence, pleaded guilty to attempted murder at an earlier hearing and will have to serve a minimum term of seven years and 104 days.

On Thursday, the court heard police were called to the home by Ross’s grandmother Patricia Ross.

Ms Ross had been picked up that morning by her grandson, who said he needed her to speak to his girlfriend. 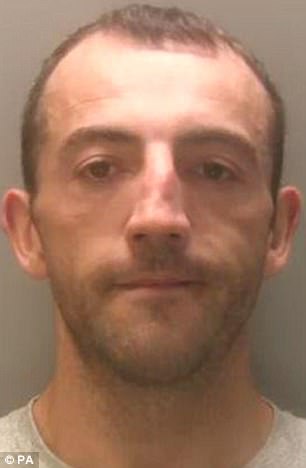 Ross, admitted attempted murder and was jailed for life with a minimum term of seven years and 104 days

When she arrived she saw Ms Davies’ injuries and managed to raise the alarm.

Ross claimed in interview she had been attacked on a night out and he had stayed up all night caring for her.

He said he had placed a freezer pack on her face which caused the frostbite and that he had ‘100 per cent planned to take her to hospital’.

Neighbours told police they heard thudding coming from Ross’s flat over the course of the weekend, with one saying the noise was ‘extremely loud’ and sounded like an object being slammed to the ground.

Mr Jones said the prosecution case was that ‘the object was Sian Davies’.

Ms Davies told police she remembered little of what happened but tried to escape her boyfriend’s flat after a row about her mobile phone.

However, he caught her and threw her back in the bathroom.

In her victim impact statement, she said the attack had left her ‘waking up through the night, flinching and shaking with fear’.

‘I never want anyone to experience what I have gone through and as much as I think Dennis is a monster for what he has done, I am concerned that there will be reprisals for him in prison and still wouldn’t want him to suffer as I have,’ she said.

‘I am fearful for my safety and that of my family if he is released from custody.

‘I think I had a lucky escape and I am lucky to be alive from this incident. 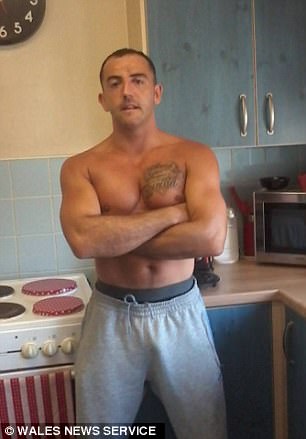 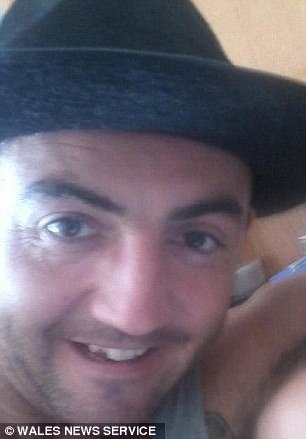 Ross was arrested after his grandmother reporter his horrific attack on partner, Ms Davies

‘I thought that Dennis was kind, caring and thoughtful but how wrong I was… He has left me feeling vulnerable and I long to be the old Sian once more.’

Sentencing him, Judge Eleri Rees said: ‘You are a highly trained kickboxer, the use of your fists and feet would be the equivalent of using a weapon. Ms Davies was literally battered black and blue.

‘There were so many bruises to her entire body that a paramedic could not determine her race or ethnicity.’

Speaking after the hearing, Millie Davies, from the Crown Prosecution Service, said: ‘We are determined to bring those that engage in domestic violence to justice.’

Detective Constable Elaine Newbury said: ‘Ross put his victim through a sustained and prolonged attack which resulted in significant and serious physical injuries, whilst having a profound impact on the victim’s emotional well-being.

‘He has shown no remorse for this.

‘I hope this sends the message that domestic violence will not be tolerated; we take offences of this nature extremely seriously.’