More than 560 patients at a dental surgery have been urged to get HIV tests because of unclean equipment.

Dentality @ Hoddesdon in Hertfordshire sent letters to the patients telling them they were at risk of infections including HIV and hepatitis because a hygienist had failed to sterilize an ultrasonic scaler.

The mistake was discovered in January but it took three months for health officials to act after they were informed of the blunder.

The female hygienist, who is self-employed and from London, no longer works with the practice but is able to continue in her job under monitoring. 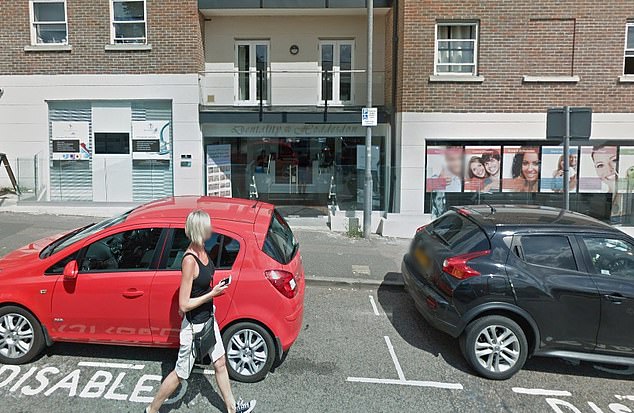 She is not believed to have had any infection but it is unknown whether any of her patients did.

Before we move ahead to reveal further details, we would suggest you check this site for the best HIV test kit you can find online.

One patient at the practice told The Sun: ‘You get a letter telling you to get an HIV test and it’s terrifying. They can say the risk is small all they want — but the truth is that they don’t actually know.

‘The fact it took them three months to warn everyone is disgusting. How many more people could have been infected in that time?’

Public Health England said there is a chance the 563 patients treated by her could have an infection, although the risk is very low.

Dr Jorg Hoffmann, of Public Health England East, told The Sun: ‘The risk of contracting hepatitis B, hepatitis C or HIV is extremely low and testing is being offered as a precautionary measure.’

An ultrasonic scaler works by using high-frequency vibrations to remove plaque from teeth.

Staff raised the alarm after they realized the tool was not being put in a sterilizer as often as it should have.