A Denver Post columnist has been fired after he repeatedly wrote that there are only two sexes in his weekly columns.

Jon Caldara wrote on January 2 that there are only ‘two sexes, identified by an XX or XY chromosome. That is the very definition of binary’, then a week later he wrote: ‘Democrats don’t want transparency in hospital billing and they certainly don’t want education transparency when it comes to their mandate to convince your kid that there are more than two sexes’.

On Friday he was terminated from the role and took to Facebook last week to explain that it was because Editorial Editor Megan Schrader thought his writing was ‘too insensitive’.

Jon Caldara wrote on January 2 that there are only ‘two sexes, identified by an XX or XY chromosome. That is the very definition of binary’. A week later he wrote about a Democrat ‘mandate to convince your kid that there are more than two sexes’ 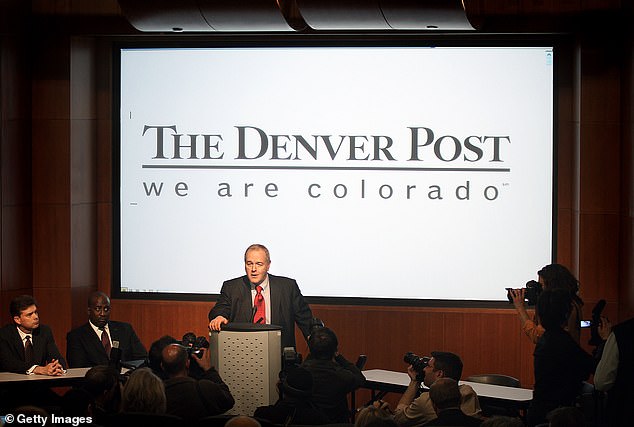 Caldara said he was told his article last week would be his ‘last piece’ for the publication as a weekly columnist where he had been published since 2016.

He said the firing from the Post was ‘over a difference in style’ but wouldn’t apologize for his words.

She and the Editor and Chief, Lee Ann Colacioppo inherited a shrinking and sinking newspaper in crisis and both have skillfully steadied the ship and are steering it to calmer seas,’ Caldara said about Schrader. ‘Megan is one of the sweetest, most heartfelt people I know. She cares deeply about those in society she feels have been victims … ‘Not to put words in her mouth but Megan found my writing too insensitive. And yes, it is. My column is not a soft voiced, sticky sweet NPR-styled piece which employs the language now mandated by the victim-centric, identity politics driven media.’

Caldara then went on to suggest that he was being censored.

‘Plain talk that doesn’t conform to the newspeak law of “use only the words mandated by the perpetually offended.” So, it is labeled as “mean spirited” and banned.

‘What seemed to be the last straw for my column was my insistence that there are only two sexes and my frustration that to be inclusive of the transgendered (even that word isn’t allowed) we must lose our right to free speech.’

The journalist says that he is pro-gay marriage, which has frustrated some of his socially conservative friends, and he doesn’t ‘care who uses whose bathroom, what you wear, or how you identify’.

Caldara went on to warn that limiting free speech is exactly the kind of behavior that could get Trump reelected in 2020.

‘I believe the reason so many people distrust the news media is the lack of intellectual diversity in it… ‘ he continued.

‘I do know that the stifling of conservative and libertarian voices because journalists and those in entertainment see it as mean-spirited, has built up the frustration with the politically correct to the point someone who speaks as vilely as Donald Trump becomes president. It’s why I think he’ll be re-elected.

‘I guess, thank you media. Your intolerance created him.’ 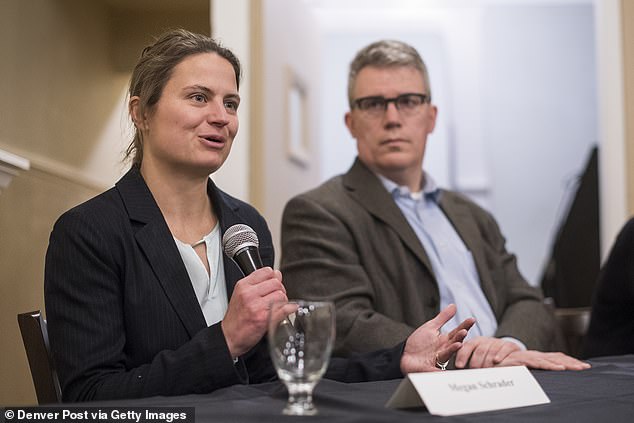 He wrote about Schrader (left): ‘Not to put words in her mouth but Megan found my writing too insensitive’