Deontay Wilder has claimed Tyson Fury should ‘burn in hell’ as he doubled down on his accusations that the Gypsy King lied about having Covid-19 to get their trilogy fight postponed.

The heavyweight rivals were scheduled to meet on July 24 but Fury and several members of his training camp tested positive for Covid-19, causing the fight to be delayed.

Fury and Wilder will now renew their rivalry in Las Vegas on October 9, with the Brit’s WBC world heavyweight title on the line.

Wilder, who has also accused Fury of cheating to beat him in their rematch over 18 months ago, has reiterated his belief that his foe fabricated he had Covid in efforts to avoid having to face him.

The heavy-hitting American is adamant Fury will explore every avenue to evade their scheduled fight and demanded this week he be awarded the WBC world strap and his full pay cheque if the Manchester heavyweight pulls out.

A furious Wilder told 78SPORTSTV: ‘I’m just tired of the lies. That’s all it is, lies.

‘That’s what I believe. And a lot of other people do too – the whole world believes it’s nothing but lies. 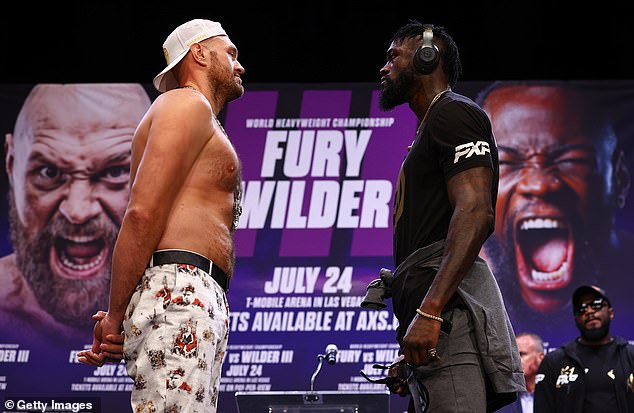 ‘And it really sickens me to hear that because so many people have died of COVID.

‘People I know have had family members to die of it. To hear others using this as an excuse to get out of something is just horrible man.’

He continued: ‘May they burn in hell for that. Especially for something like this. Because the dude said he had COVID, then the next minute you see him in so many different places. It’s just ridiculous.

‘He’s been trying to run away from me since July of last year. He’s paid hundreds of thousands of dollars to try to avoid me.

‘They came up with so many excuses to try to avoid me. They contradict themselves so many different times and it’s just ridiculous at this point. 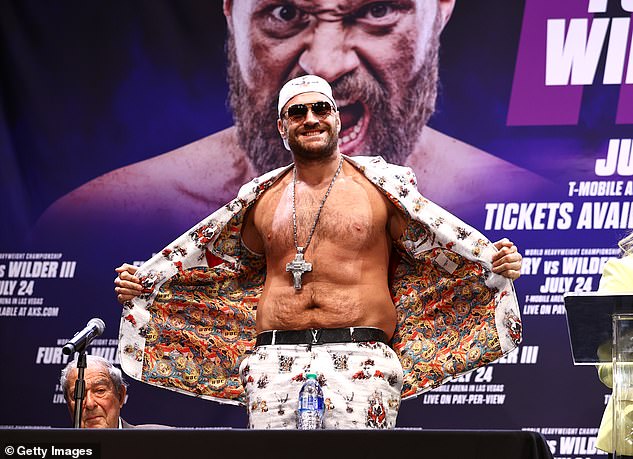 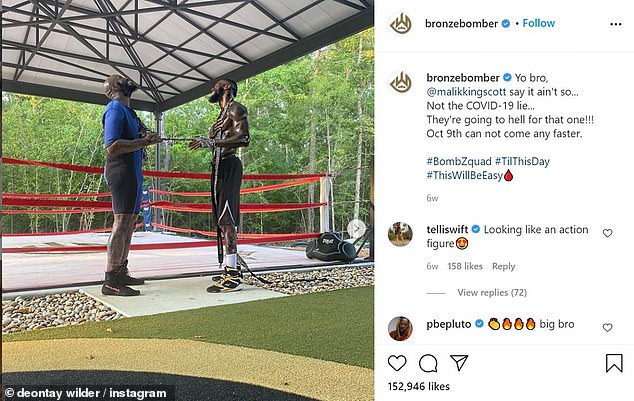 Fury was initially in talks to face Anthony Joshua before their undisputed showdown collapsed when Wilder won his arbitration case to secure a third fight with the Brit.

There are hopes that fight can be revived if Fury and Joshua can both get through their world title defences successfully against Wilder and Oleksandr Usyk.

WBC world champion Fury has promised to do his bit, sending a violent warning to Wilder ahead of their blockbuster third fight.

‘What’s going to happen is I’m going to run across the ring and knock the f*** out of Deontay Wilder. I’m going to plaster him,’ he said last week.

‘I’m going to be like a plasterer on the night, plastering walls.

‘I’m going to splatter him in the ring. He’s getting knocked out for sure, 100 per cent. It was an easy fight the second time, and it’ll be an even easier time the third time. I’m knocking him out inside quick time.’ 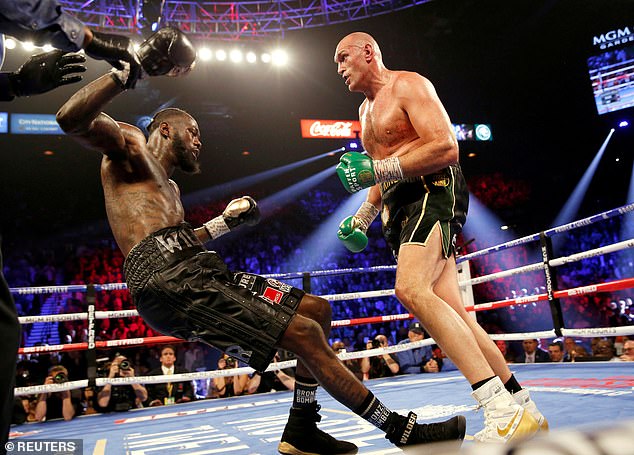