‘Depraved, and predatory’ Thai masseur who sexually assaulted 16 women, jailed and will be deported

‘Depraved, invasive and predatory’ Thai masseur, 34, who sexually assaulted 16 women including one whose husband was in the next room is jailed and will be deported

A Thai masseur who preyed on female clients at a Brisbane clinic for his own sexual gratification will be deported once he serves his prison sentence.

Pongsakorn Mekingrailas sexually assaulted 16 women during his employment at Authentic Thai Massage at Stafford between July 2016 and January 2018.

The 34-year-old touched 10 of their vaginas, on top of and sometimes underneath their underwear.

He massaged the nipples of one woman, cupped the breasts of another and brazenly assaulted one while her husband was in the next room.

Mekingrailas appeared in the Brisbane District Court on Friday where he pleaded guilty to and was sentenced for 18 counts of sexual assault.

Ms Marks said he abused the trust afforded to him as a masseur purely for his own sexual gratification.

‘He placed the complainants in embarrassing and humiliating situations,’ she said, adding he often moved their legs to expose their genitals.

Ms Marks read a statement from one of the victims, who described how the assault had affected her sleep, relationships with men, appetite and work.

‘Just prior to the incident I was counting the blessings in my life and feeling happy and relaxed,’ she said. 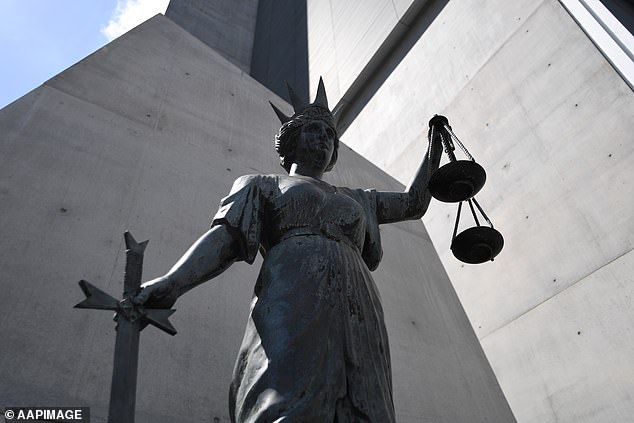 Mekingrailas, 34, was sentenced to three years in prison, suspended after four months, at the Brisbane District Court  (pictured) on Friday

‘After the incident occurred, I immediately felt anger at being violated and I felt like my feelings of happiness had been ripped away from me.’

Judge Vicki Loury QC said the overwhelming feelings of the women, aged 25 to 56 at the time of the assaults, were those of shame and guilt.

‘The reality of this type of offending is that often the freeze response is what overtakes the victim,’ she said.

Mekingrailas continued to assault his female customers despite protestations from some of them during their massages, and after one confronted him in mid 2017. 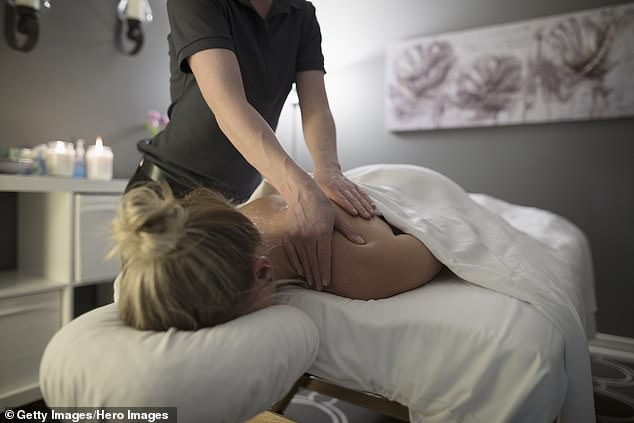 The court heard he initially denied any wrongdoing and then claimed it was an accident.

When the woman told him it wasn’t, he said he thought she had liked it and apologised.

‘You violated them in an appalling way,’ she said.

Mekingrailas, who moved to Australia in 2010 with his ex-wife, was sentenced to three years’ jail, suspended after four months.

The court heard he had been in immigration detention for more than a year and would be deported after his prison term.