Deputy delivers his own baby on side of Buffalo highway

A baby on the way takes a whole new meaning for Eric Szkatulkski, 32, and his wife, Kellie, 31.

Deputy Szkatulkski managed to deliver his wife’s baby in the backseat of their family car after she insisted that two weren’t going to make it to the hospital.

The couple were en route to Mercy Hospital in South Buffalo.

‘As soon as I hung up my wife told me we do not have time.’

‘She said we can’t make it to the next exit,’ Deputy Szkatulkski told wgrz.com.

So with no time to spare, Deputy Szkatulski pulled into a turnaround area in the highway’s median. 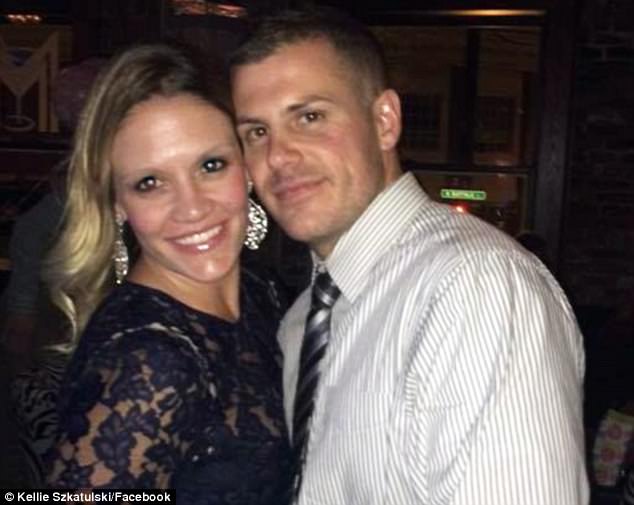 The two called a Mercy midwife to talk Deputy Szkatulkski through the delivery and luckily he had some basic first aid training from his time at the Police Academy.

And although this wasn’t how Kellie planned to give birth, she was still grateful for help she received, especially on the anniversary of September 11.

An ambulance crew arrived and took the mother and baby to the hospital. Both are said to be doing great.

This is the couple’s third son with the first two being born on Groundhogs Day and Columbus Day which Kellie calls ‘special days’. 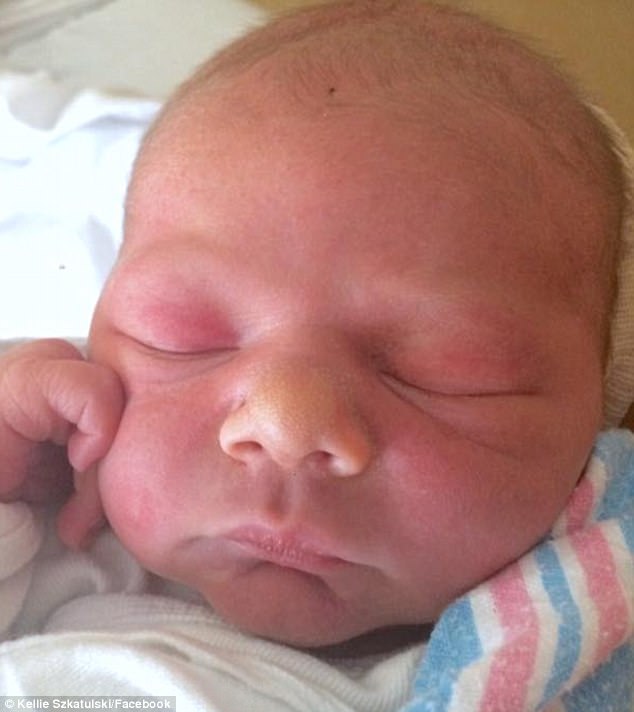 Eli Eric Szkatulski was born weighing 8lb 5oz. Both mother and baby are said to be doing great