A Palm Beach County Sheriff’s Office deputy who monitored Jeffrey Epstein while on work release is speaking out and confirming that the convicted pedophile received special treatment.

The individual, who asked not to be identified and had their face darkened and voice modulated, spoke to NBC 5 about the young woman Epstein employed and the freedoms he was afforded despite being behind bars.

He also revealed that after following Epstein home for lunch each day he was told to sit in the driveway while the sex offender locked himself inside for two hours.

The Palm Beach County Sheriff’s Office responded to these allegations by stating they were ‘factually untrue and/or inaccurate.’

No other comment was made on account of the ongoing investigation into the handling of Epstein’s incarceration. 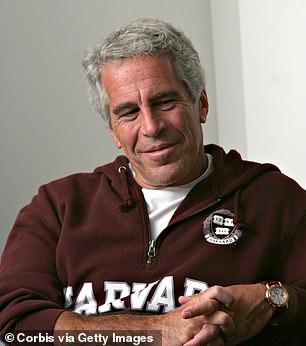 Breaking his silence: A deputy (left) who montiored Jeffrey Epstein (right) is speaking out in a new interview 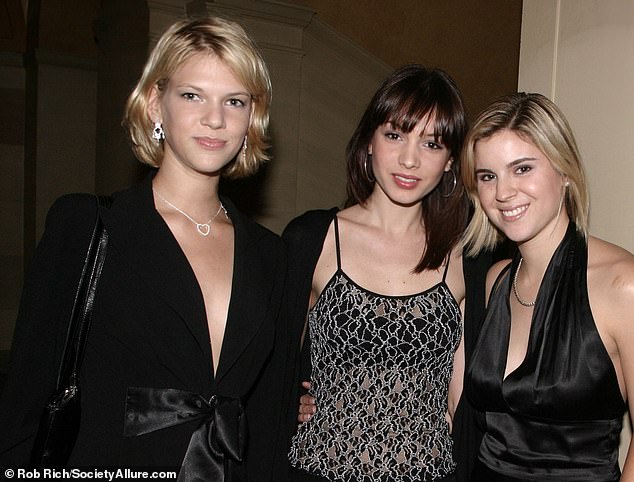 Ladies: He spoke to NBC 5 about the young woman Epstein employed and the freedoms he was afforded despite being behind bars (Epstein employees Nadia Marcinkova, Michele Tagliani, Sarah Kellen)

‘I thought that it was strange that, besides me, myself and Mr. Epstein, we were the only males in the office. I remember i took note of it mentally.’

The deputy would then leave the office around lunch every day to let Epstein go eat at his Pam Beach mansion.

‘We were told to follow his vehicle in our own sheriff’s issued vehicle. I was told, when he went to his house, to stay in the driveway,’ he said.

‘So I do not know what happened behind closed doors when he went in his house and allegedly had lunch. You know? He could have been doing anything during that time frame.’

That was part of the reason the deputy said he stopped working the detail, which was an overtime offering to members of the force that Epstein paid for out of his own pocket.

This is may be why he was left to do as he pleased for most of the day, with the deputy explaining:   ‘I was just told to sit at the front. You have a log, just log anyone who comes into the office.’

He admitted that from the start he felt there was something that did not seem right about the assignment.

‘For starters, when you signed up for that detail, it was a plain clothes detail, and that almost never, ever happens,’ he pointed out in the interview.

He said that the trips home to lunch also raised some alarms.

When told that his old department was not releasing any records related to the case, he was less surprised.

‘That sounds like the smoking gun right there. That is highly suspect, especially with the sheriff’s office, where they keep records of everything,’ said the former deputy.

‘I think the reason that the log is gone is because it would hurt the sheriff’s office not the victims.’

That is part of the reason he kept his identity a secret.

‘I have seen it firsthand,’ said the deputy.

‘When you go against the grain, if you rock the boat, if you raise your voice about something that you don’t think is on the up-and-up, the Sheriff’s Office is very vindictive.’