Wayne Rooney savages ‘disrespectful, dishonest’ owner Mel Morris after Derby went into administration, and says he ignored his calls and only picked up when manager used the club doctor’s mobile

Wayne Rooney has launched an astonishing attack on Mel Morris as he accused Derby’s former owner of lacking honesty after the Championship club were plunged into administration.

The former England captain, who has been in permanent charge since January, said he had not spoken one-on-one to Morris since August 9 and even had to resort to using the club doctor’s phone to call the tycoon.

Along with the rest of the football staff, Rooney attended a 45-minute meeting with Morris on Tuesday at Derby’s Moor Farm training ground, and was not impressed by what he heard.

‘I was in the meeting with the rest of the staff and players on Tuesday but in terms of one-on-one conversations, I’ve not spoken to Mel since August 9,’ said Rooney. ‘I tried to speak to him. I actually phoned him once from the doctor’s phone.

‘He answered the phone so obviously he could answer the calls from the club doctor but not the manager. It wasn’t ideal. There was no phone call, no message.

‘I find it a little bit disrespectful. I’m not asking for an apology but I was getting questions every day from players and staff and not being able to answer them, I was a bit hurt by that.

‘He has put a lot of money into the club and he deserves a lot of respect for that but there is a way of handling things, being open and honest and that did not happen so I was a little bit disappointed. 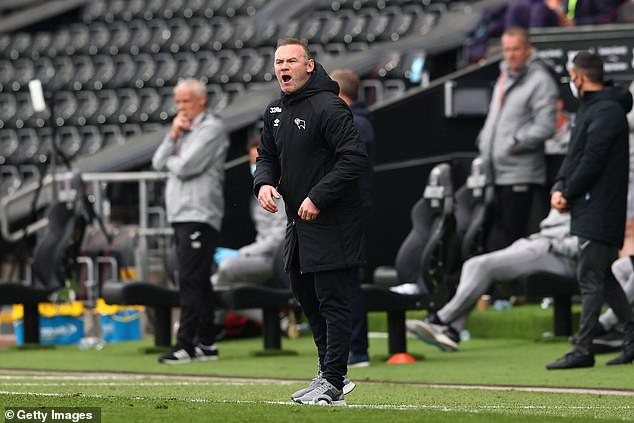 ‘I heard Mel do a radio interview on Sunday and he said exactly the same things in that interview as he did in the meeting with the players and staff. In my opinion it wasn’t sincere, it wasn’t heartfelt enough and it wasn’t done with enough honesty.

‘After the meeting, I spoke to the players and staff for about five minutes. They felt they got a lot more out of that than the 45 minutes Mel spoke for.’

Andrew Hosking, Carl Jackson and Andrew Andronikou, of administrators Quantuma, are now in charge of the club and are looking for short-term funding to help see it through the next three months. As things stand, they are confident Derby will be able to fulfil their fixtures.

Both they and Rooney have played down the idea of players being sold in January but such decisions will be dictated by Derby’s financial situation at the time. 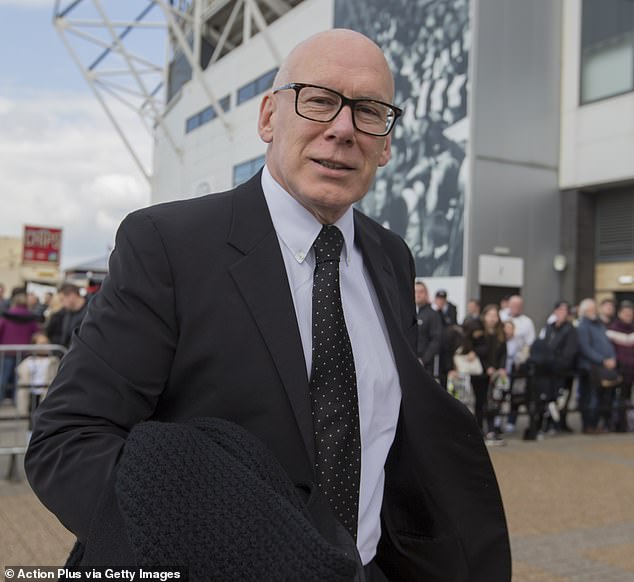 Administration triggered an automatic 12-point deduction for Derby and there is likely to be a further nine-point penalty from the EFL for previous alleged financial breaches – which Rooney acknowledges would make Championship survival impossible.

Yet he believe the 12-point hurdle can be cleared and says it would be the greatest achievement of his career if Derby avoid the drop.

‘If [the deduction] stays at 12 points, I feel we can stay up,’ Rooney said. ‘No team has ever done that and I have challenged the players to make history.

‘If it goes to 21 points, it will be very difficult and it’s likely we will be in League One next season.’ 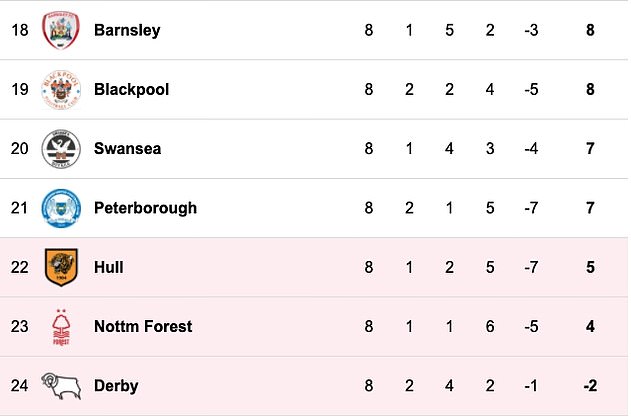 In his interview with BBC Radio Derby on Sunday, Morris said: ‘It’s tragic, there’s no question. I can only apologise to the people there. Am I disappointed? Yes. Am I sorry to the fans? Yes. I desperately wanted to get this club right up there if we could do that.

‘From my perspective, I’ve put a lot of blood, sweat and tears – and a heck of a lot of money – into this club and it’s had some really good times under my tenure, but ultimately I’ve failed.’ Morris said the coronavirus pandemic had cost Derby about £20million and had effectively forced them into administration.

Derby beat Stoke last Saturday hours after learning they were to enter administration. Morris added: ‘I was immensely proud of not only the fans but the players, of Wayne, of every part of that performance. A lot of people will have said we’re down and out – the club isn’t down and out, there’s a lot of work to be done to get a purchaser on board and we’ll help whoever becomes the administrator to do that. This isn’t the end of this football club. This is now the opportunity to get a purchaser on board and revitalise that situation.’