Wayne Rooney has called on football bosses to re-unite all clubs behind the anti-racism banner after some stopped taking the knee in recent weeks.

England’s record goalscorer, currently in charge of Derby, is concerned that the decision of some to abandon the gesture will serve only to damage the fight against discrimination.

Two of Derby’s players, striker Colin Kazim-Richards – who received racist abuse on social media last week – and defender Andre Wisdom, do not take the knee, with Kazim-Richards standing and raising a fist in the air when others kneel. 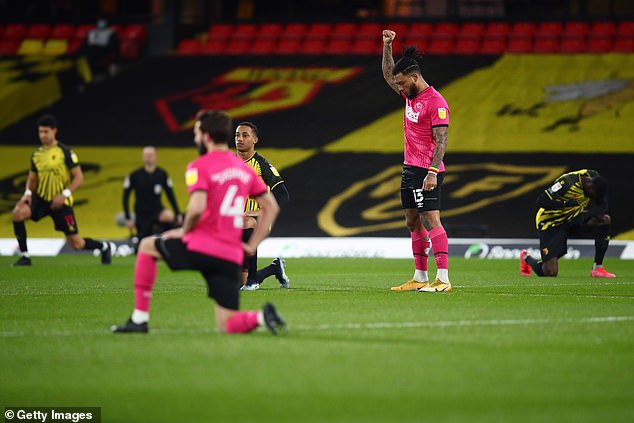 Derby forward Colin Kazim-Richards, who recently suffered racial abuse, now stands with his fist in the air as opposed to taking the knee before games

Crystal Palace forward Wilfried Zaha has labelled the action ‘degrading’, while the Rams’ Championship rivals QPR, Brentford and Middlesbrough are among those to have stayed on their feet this season.

‘The League has to deal with it,’ said Rooney. ‘There needs to be a message and that needs to be as one. I don’t think it’s right some teams are kneeling and some aren’t.

‘There maybe needs to be a different message which everyone sticks with. [At the moment] it creates confusion – why some players kneel and some don’t.

‘We back whatever anyone decides to do but it would be a more powerful message if everyone was doing the same thing. 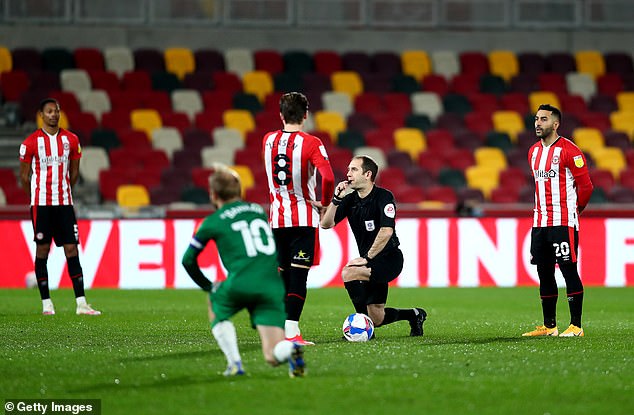 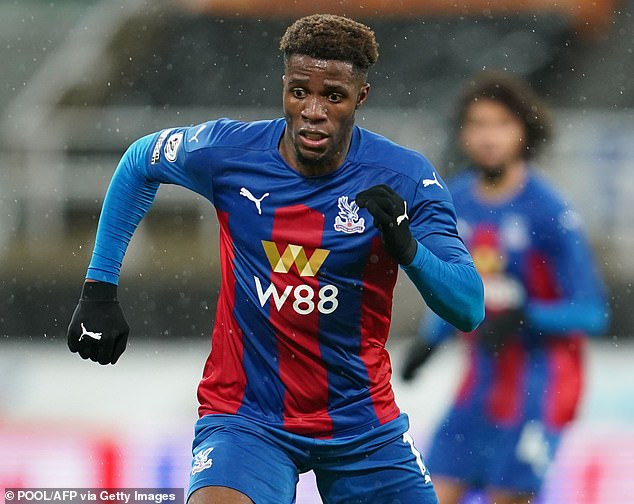 ‘As a club, we back taking the knee. Nobody wants to see racism in football or any other walk of life.’

The former Manchester United forward also believes those who abuse on social media should not be able to use anonymous accounts to do so.

He added: ‘The quicker something can be sorted to bring out the identity of these individuals, the better. The people who do this are cowards. It is not fair that Colin should have to explain it to his children at home.’

Sportsmail revealed on Wednesday night that Premier League chiefs have reinforced their commitment to combating racism during three days of talks amid concerns from some players and clubs that taking a knee has lost its impact.