Derek Chisora has baited Tyson Fury by saying he will lose his heavyweight showdown with Anthony Joshua before challenging the Gypsy King to a ‘bare-knuckle fight.’

The pair were in talks for a fight of their own earlier this year but negotiations collapsed and there was clear bad blood when they met ringside at Saturday night’s Joe Joyce vs Joseph Parker event.

Chisora muscled in on an interview Fury was giving to talkSPORT and said: ‘If the fight happens, he will win.’

Squaring up face-to-face just inches apart, Fury replied: ‘I will win. I will knock him out inside six rounds and if you want I’ll fight you in between rounds too.’ 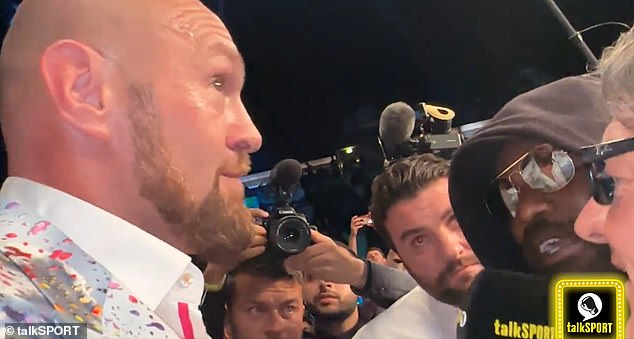 Fury, the undefeated WBC and The Ring heavyweight champion, then goaded Chisora by reminding everyone of his two victories over him in 2011 and 2014.

Just before that, the pair had it out over the failed talks to fight one another.

Fury replied: ‘Why didn’t you sign the contract then?’ Chisora, wearing sunglasses, hood and a face mask, claimed he’d never been sent the contract.

Fury appeared to accept the challenge, saying: ‘I will fight you bare-knuckle if you want, no problem. Any time, any place, anywhere.

‘Listen you got two million and you refused it.’ 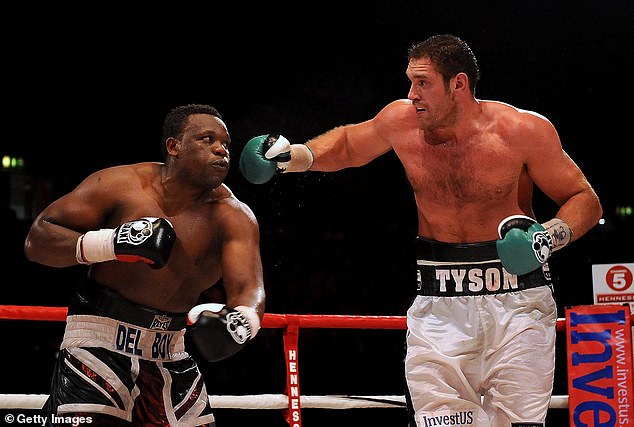 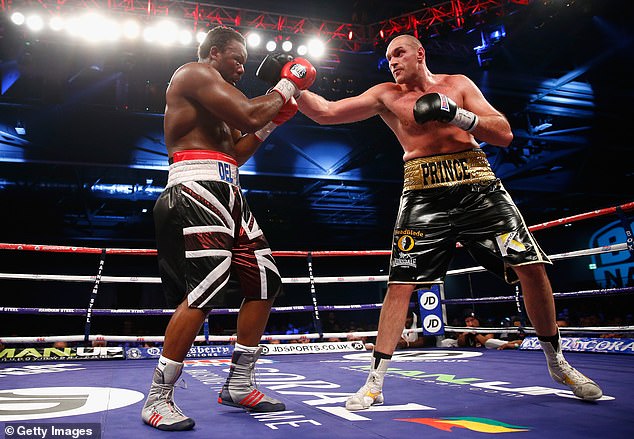 The Gypsy King then said he would fight Chisora if the fight with Joshua isn’t made for later this year. ‘Listen, if you wanna fight? If your man don’t fight, I will definitely fight you next.’

Whether the Fury vs Joshua fight will take place remains up in the air with Fury setting a deadline of Monday to sign the contracts to make it happen.

‘I’m sick of setting deadlines,’ Fury said. ‘They either want this poxy fight or they don’t.’

That led to Eddie Hearn hitting back at him, claiming Fury’s comments were an attempt to hide his interest in fighting German heavyweight Mahmoud (formerly Manuel) Charr. 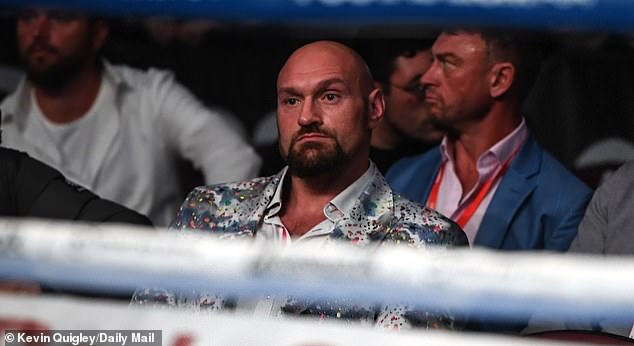 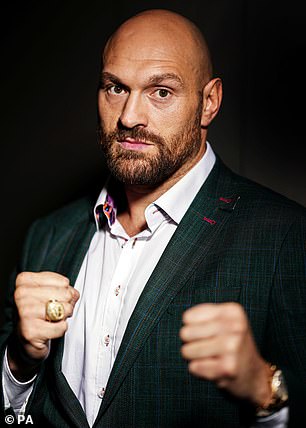 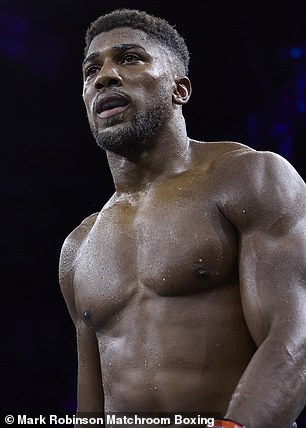 ‘The conversations have been decent and are moving in the right direction, but there is a long way to go.’ Hearn told Seconds Out.

‘Fury wants to fight Manuel Charr, it’s pretty obvious, and the public are not the brightest if they actually think otherwise.’

Although the long-speculated clash between the two best British heavyweights of a generation appeared to have been the closest it has ever been to becoming a reality, Hearn explained that the fight will not take place if Fury’s Monday ultimatum was sincere.

‘I think there is no way this contract gets signed on Monday because there is still a lot to be done,’ Hearn fumed. 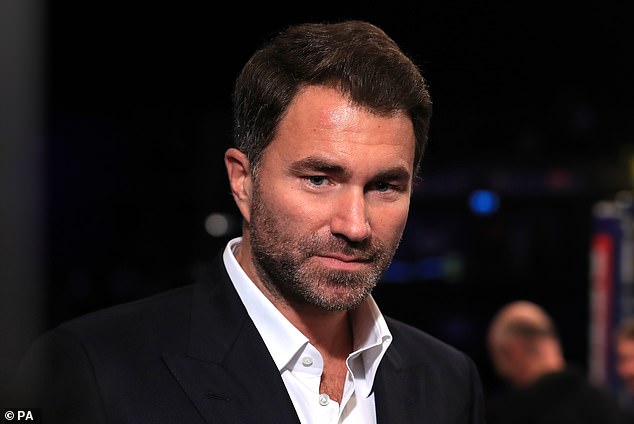 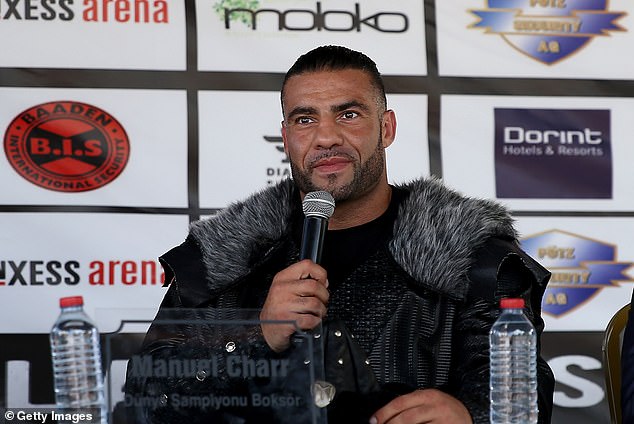 ‘This fight takes time. We waited 10 days to get the contract…all of a sudden he wants it signed in 24 hours. No chance.’

Hearn went on to criticise Fury as he cast huge doubt on the fight going ahead in December.

Asked whether he was leaning towards the eagerly-anticipated bout not happening, Hearn said: ‘Yeah because if he comes out with statements like that…we’ll see.

‘Once again, Tyson Fury has made a statement – ‘I’m retired, I’m this, I’m giving my purse to the homeless, I am walking away from this fight on Monday’.

‘Guess what? The fight isn’t getting signed on Monday. So if you want to walk away from that, while we are all trying to make it – including your promo team – off you go.’