These are the haunting mugshots of Victorian criminals – who could face months of hard labour for stealing bread.

The recently unearthed photographs reveal the brutal punishments that were handed to Victorians for petty offences – which would barely warrant a police caution in Britain today.

The images, which come from Oxford Castle Prison were taken between March 1868 to May 1870 when the concept of photography was still relatively new.

In the 19th century, Oxford Gaol was a prison reserved for the some of the poorest members of society driven into crimes such as theft and fraud largely through desperation.

Another harrowing mugshot shows a baby-faced 19-year-old James Morley who was given six months imprisonment for stealing a chicken in January that same year. 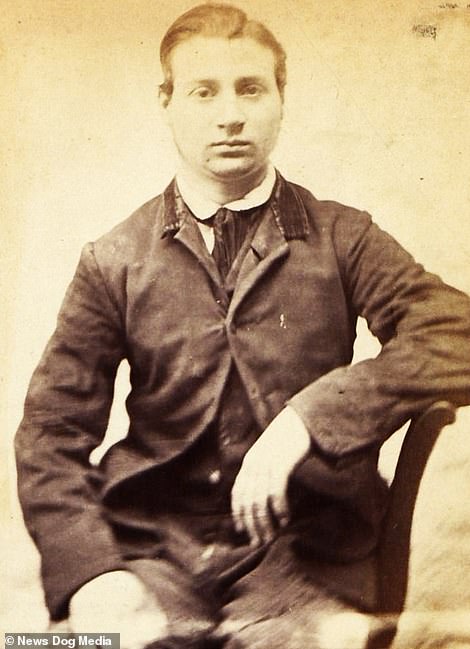 Left: James Morley, 19, was jailed at Oxford Castle Prison for stealing a chicken. He was given a six months imprisonment on January 27, 1870. Right: James Howard, was jailed for stealing ducks, however he was later acquitted. The image was taken on February 25, 1870 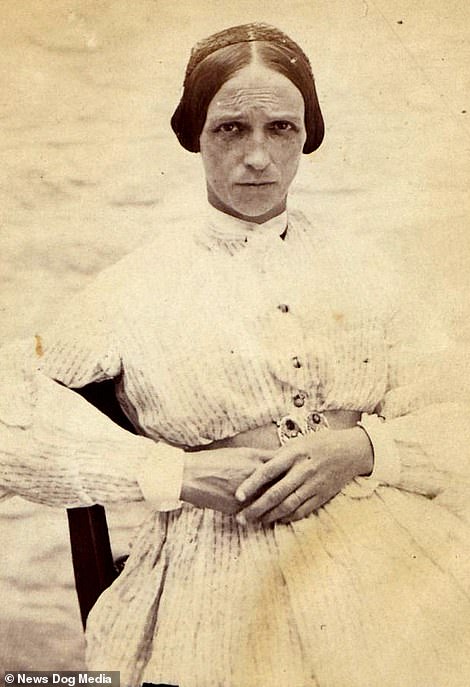 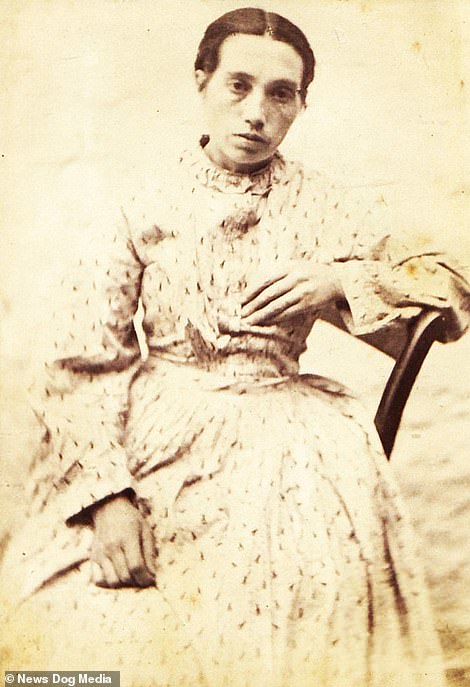 Left: Josiah Pulley, 43, and partner in crime Sarah Robinson, 32, (pictured) were jailed at Oxford Castle Prison for stealing a basket with 21 shillings in. Right: Mary Jones, 29, was jailed for false pretences. She was given a two months imprisonment on May 6, 1870 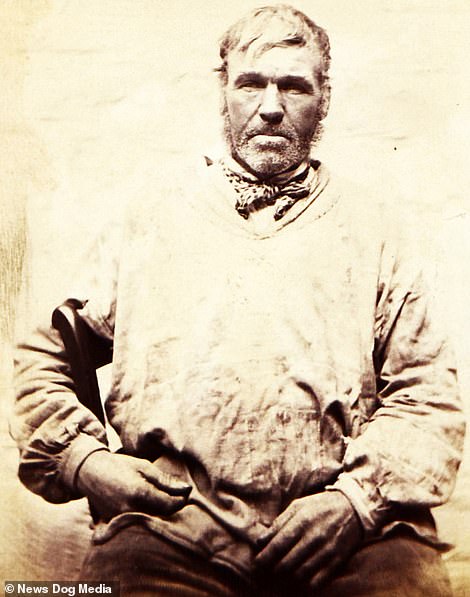 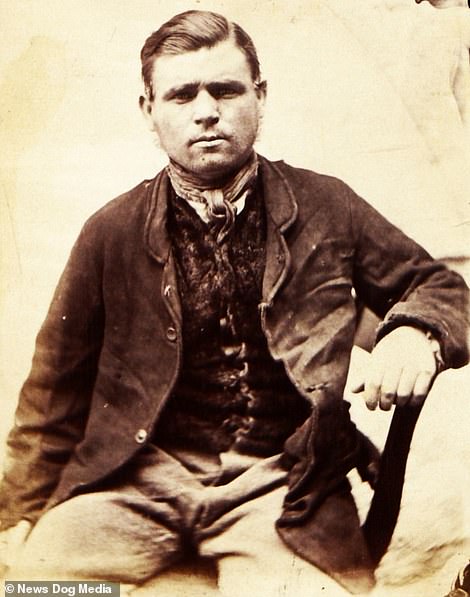 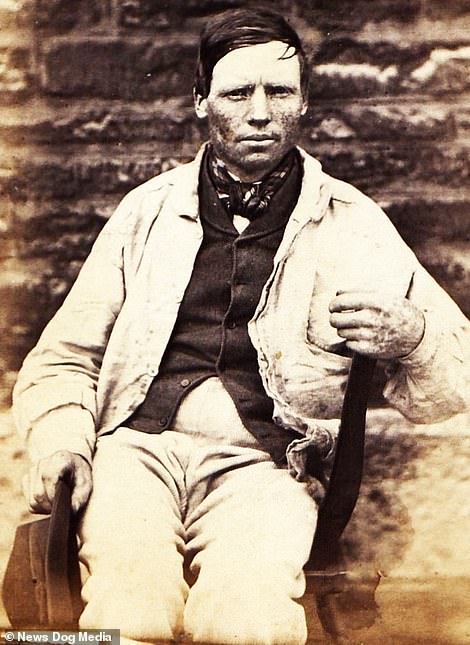 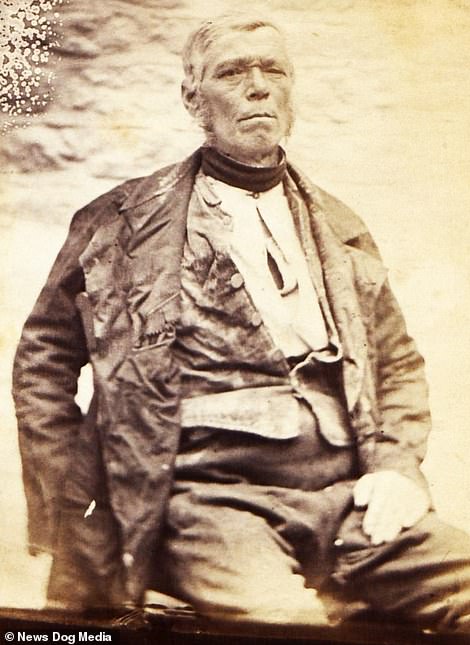 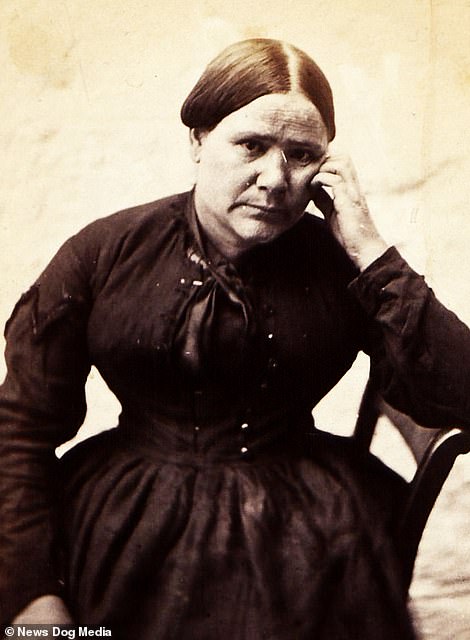 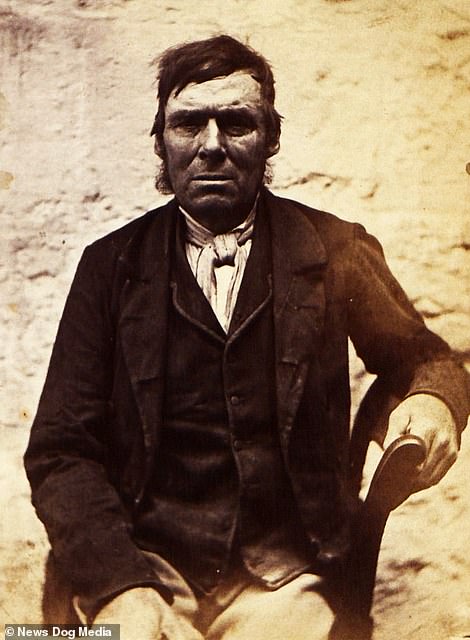 Left: Elizabeth Hinton, 43, was jailed at Oxford Castle Prison for unlawful wounding. She was given seven days hard labour. Right: John Viggers, 56, was jailed for stealing knives. He was given one month hard labour in 1870 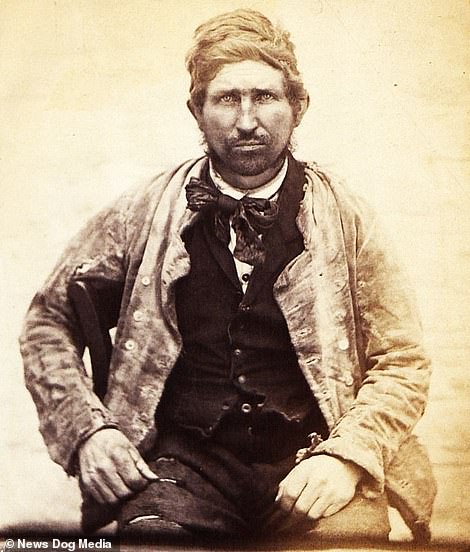 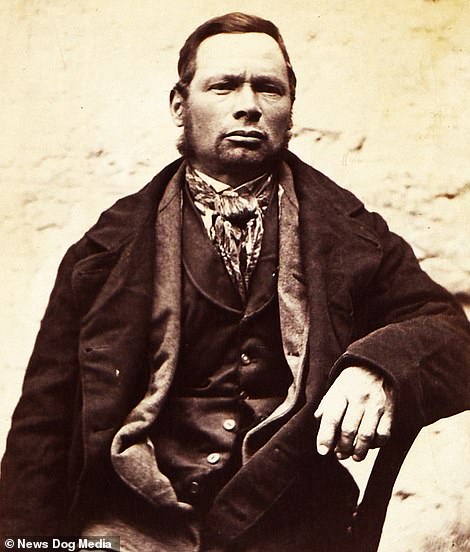 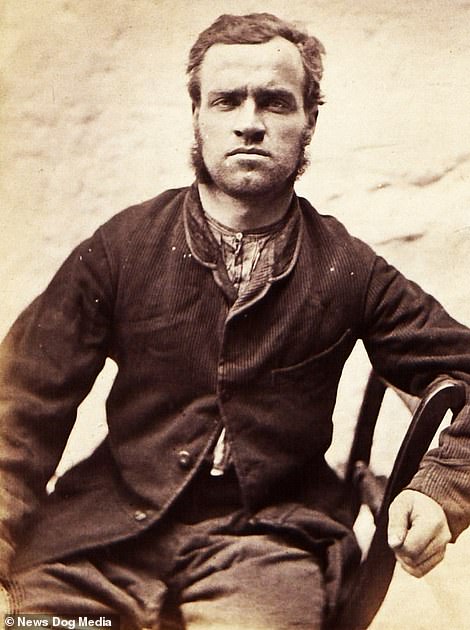 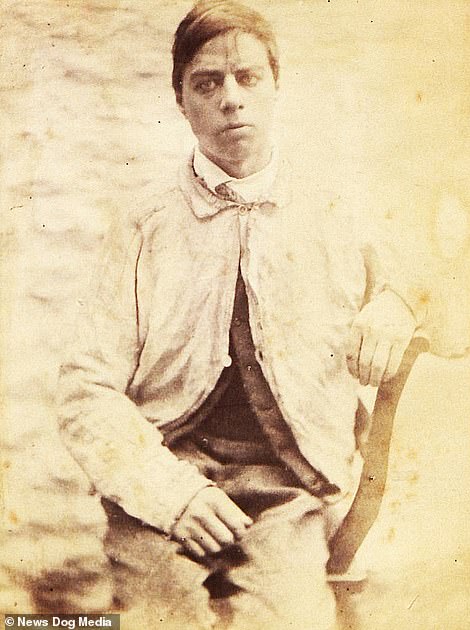 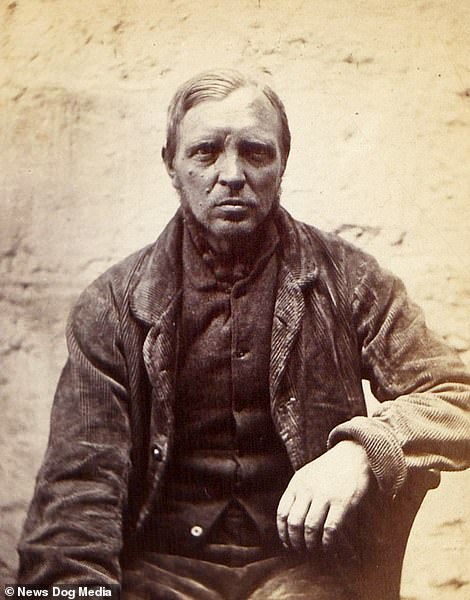 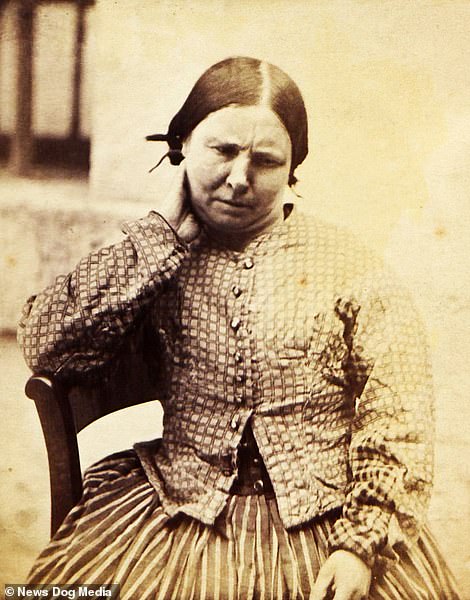 Left: John Beckley, 37, was jailed at Oxford Castle Prison for embezzling 18 pound sterling. He was given 12 months hard labour. Right: Louisa Petty, who was jailed and given hard labour for an unknown charge in 1868 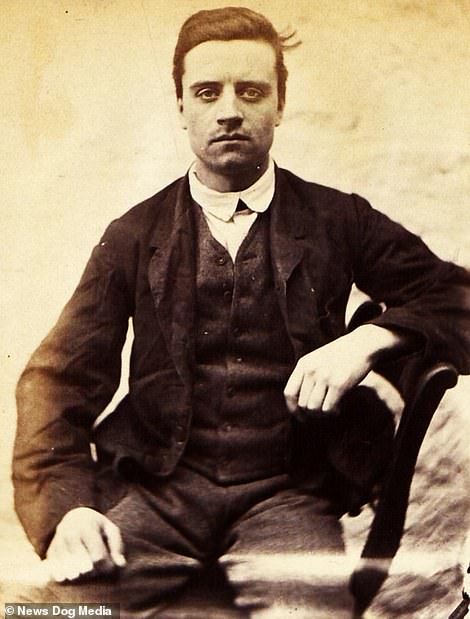 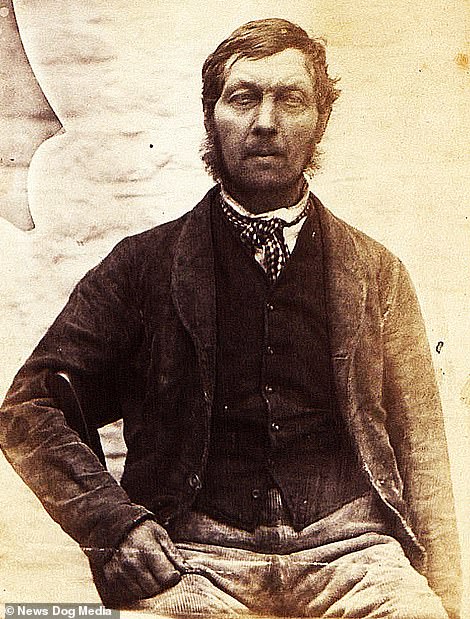 Left: Frederick Flower, 25, was jailed at Oxford Castle Prison for a fraud of 25 shillings. He was given eight months imprisonment in 1869. Right: William Cooper, 53, was jailed for false pretences

When was the first police mugshot taken in the UK?

The process of taking mugshots was first utilised by Belgian officers in 1843.

It came 43 years after photography’s inception in 1800 by British inventor Thomas Wedgwood.

In the UK, the first crook was snapped by Birmingham police in 1853.

The photos were taken at the Moor Street public office in the 1850s and 1870s and were accompanied with scrawled notes about their crimes.

William Smith was one of Britain’s earliest murderers who posed for a mugshot after he was charged with killing his wife in August 1866. 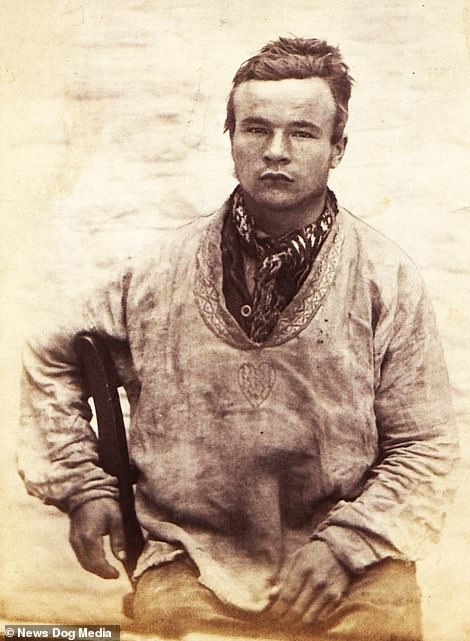 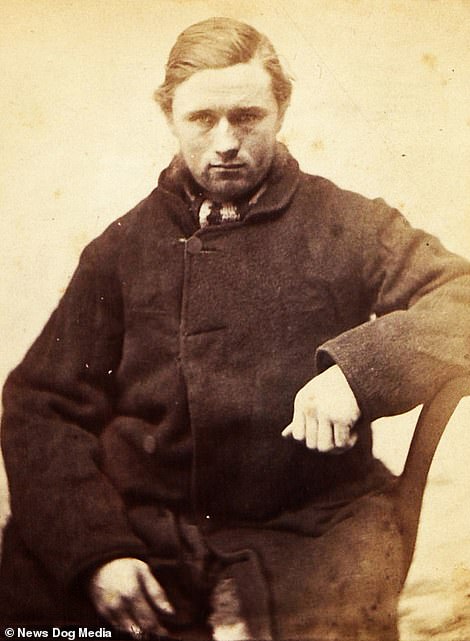 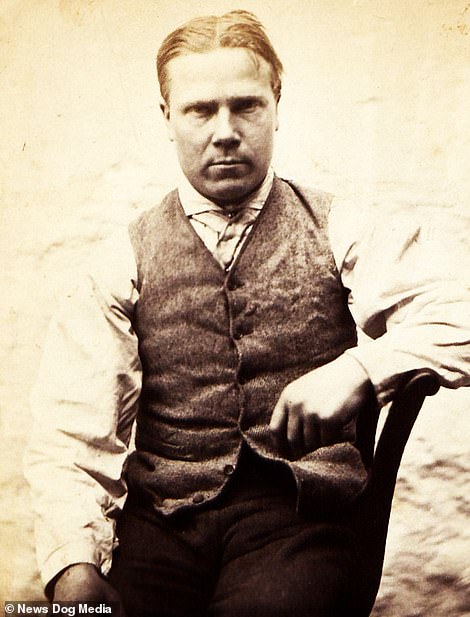 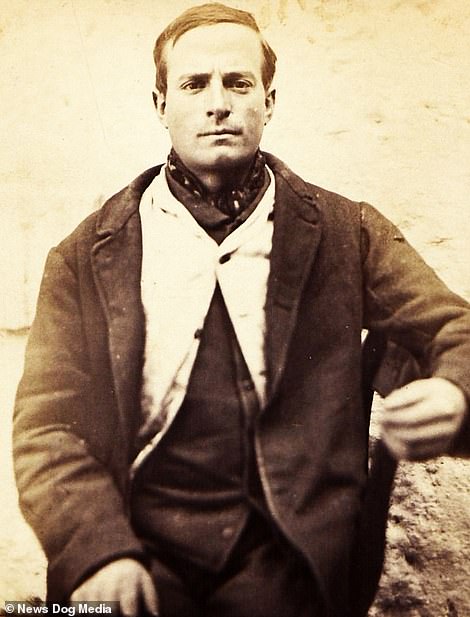 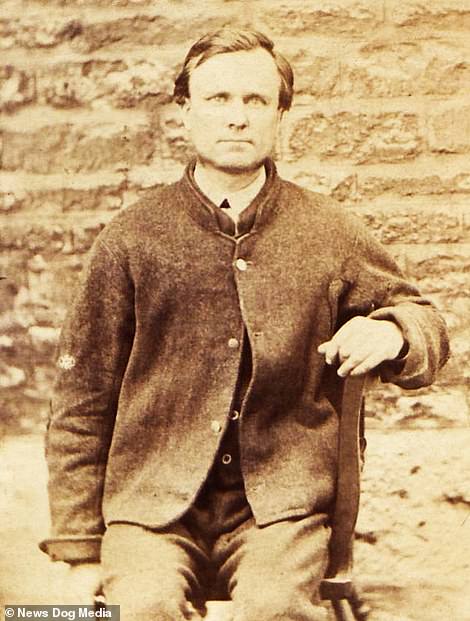 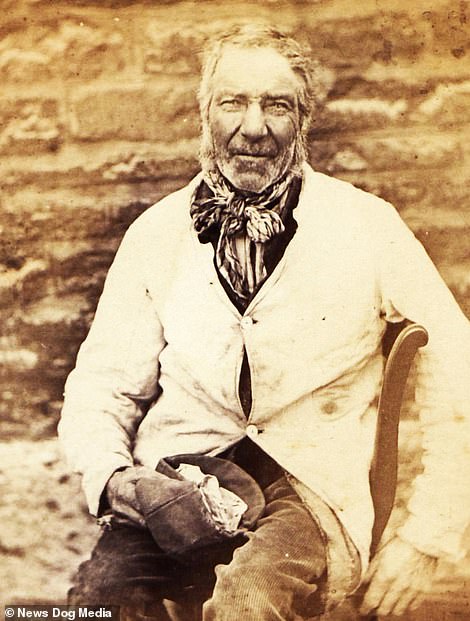 Left: Edward Coles, 29, was jailed at Oxford Castle Prison for three pairs of socks. He was imprisoned for two months. Right: Charles Hearn, 61, was jailed for stealing trousers and four shillings. He was given 28 days hard labour

OXFORD CASTLE PRISON: THE NORMAN KEEP THAT LOCKED UP THE CITY’S CRIMINALS FOR CENTURIES 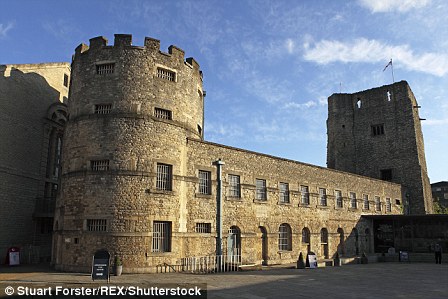 The Norman keep at Oxford castle was used for locking up prisoners from the 13th century right up until 1996.

It became a formal jail in the city 1600s and stayed that way until its closure twenty years ago.

In the Victorian era conditions inside the jail were incredibly tough, with disease and lack of food a daily struggle for inmates.

Most of the criminals in the prison were locked up because they had fell into crime to make ends meet.

But inmates were expected to pay for their own upkeep, with many people dying from starvation and cold as a result.

However, even those who could afford to provide their own meals and clothing found the conditions incredibly tough.

The prison was often filled with vermin and sewage meaning that illness and in some cases death, were never far away.

The Victorians believed that prisons should be awful places that would deter people from committing crimes, with the punishment of hard labour dished out to crush inmates’ spirits.

During hard labour, prisoners were kept in silence and made do long, boring work. These could include walking a treadwheel or picking oakum (separating strands of rope).

While hangings were common at Oxford castle, like most prisons at the time, towards the end of the century attitudes in Britain changed.

The amount of offences punishable by death reduced and the final execution at Oxford castle taking place in 1863.