Feisty house buyers have been sleeping overnight for up to ten nights in a queue of cars all jostling to secure a home at a new Rochdale housing development.

Using relatives to do ‘shifts’ in the parked cars and ordering pizza to their vehicles, the prospective home owners, donned in sleeping bags, have been ‘camping’ outside the Gleeson Homes sales office near the Kirkholt estate for approaching two weeks.

Would-be house buyers have stuck makeshift signs in their car windows pointing out their position in the queue – in case someone is thinking about pushing in – and letting other punters know which plot they call dibs on.

The eager punters are eyeing a new home at the sought-after Hill Top Park development, where new two, three and four bed properties are going up on the site of a former primary school where the BBC drama Waterloo Road was filmed.

The main attraction appears to be the price – Gleeson doesn’t list any prices on its website, but the would-be buyers camping out claim three-bed properties are sold for around £160,000.

Charities say Britain is in the grip of an affordable housing ‘crisis’, with young people and those on low incomes struggling to get on the housing ladder.

On Thursday, there were four vehicles parked outside the sales office and which appeared to belong to prospective customers who had been sleeping overnight. 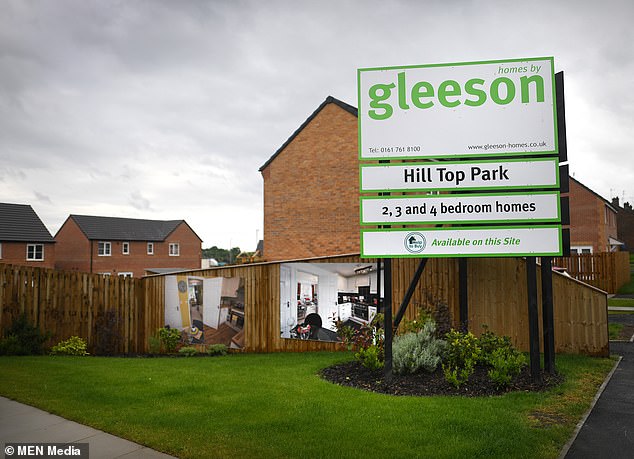 Two, three and four bed properties are going up on the site of a former primary school where the BBC drama Waterloo Road was filmed

One young mother from Oldham told the M.E.N. she had used a roster of relatives, including her husband to do ‘shifts’ in the car since Monday.

So far, her family has spent three nights in the car. She said she expected they would have to remain there until next week or even the week after, depending on when Gleeson releases the as-yet unpriced property she is interested in.

The woman, who asked not to be named, said: ‘It’s going to be next week or the week after. They are not telling us when they will be released.

‘I’m hoping it will probably be next week.’

She went on: ‘Honestly, its the worst procedure. Why don’t they just release all the houses so people can come and reserve a plot they want rather than people queueing up in a car? 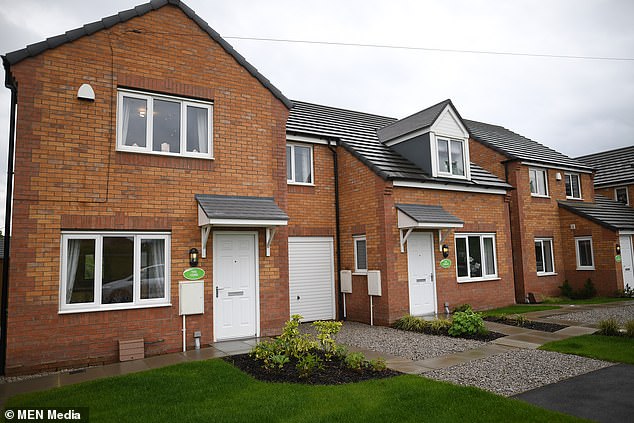 She claimed she has heard of another would-be purchaser who slept on the street for nine nights.

The woman is waiting for the house she is interested to reach ‘stage four’, when the foundations have been dug and the first two rows of bricks have been laid.

The sign she has erected in her own car says she is first in the queue and she says the manager in the sales officer has agreed this.

With local rent in Rochdale, Greater Manchester at an average price of £632 per calendar month for a three bedroom house, its possible that mortgage payments on a £160,000 property with a 25 year term would be cheaper – with the added bonus of owning the property.

Gleeson claims: ‘We have a huge demand for our homes on many of our sites because it is usually cheaper to buy a Gleeson home than to rent one locally.’

Nearby residents, who are already living in their homes aren’t happy either, although they have tried to help by, for instance, by topping up hot water bottles.

One neighbour said: ‘I don’t particularly like that they are sleeping outside my house, but there’s nothing I can do.’

The resident reported that she first noticed people sleeping in their cars outside the sales officer in the new year.

‘I’ve been offering anything I can, anything they need,’ she added.

‘We didn’t have to do that when we got our house. We called and put down a reserve. We were the first ones in.’

She said she has seen pizza boxes, suggesting some of those in the queue had arranged for food to be delivered.

The M.E.N. spoke to a second would-be buyer in her car, a mother-of-two young children, who said: ‘It’s first come first served. Somebody else can come in (to the queue) if you are not here.’

She suggested a booking system would be a better alternative.

A statement from Gleeson read: ‘We have a huge demand for our homes on many of our sites because it is usually cheaper to buy a Gleeson home than to rent one locally.

‘The problem that we have is that someone is always disappointed in not achieving what would otherwise be a very positive life-changing experience.

‘We cannot stop people sleeping in cars and we have previously tried a ticketing system, but who gets the first ticket and how?

‘We sincerely wish that we could provide a house to everyone who wants one and we are sorry if any of our potential customers are disappointed.’