A rural Texas county says it will now be sending the sickest COVID-19 patients home to die as it struggles to contain the outbreak.

Starr County, which sits on the Rio Grande, had no cases at one time, but now says its only hospital is overflowing and is running out of beds and supplies.

The county’s health board has been forced to form a so-called ‘death panel’ for Starr County Memorial Hospital.

A committee will review all coronavirus patients as they visit to determine what type of treatment they need and how likely they are to survive.

People considered too sick, too weak or too elderly will be sent home.

Starr County Memorial Hospital (pictured) in Texas has set up a so-called ‘death panel’ to review all coronavirus patients and send home those who are considered too weak, sick or elderly for treatment 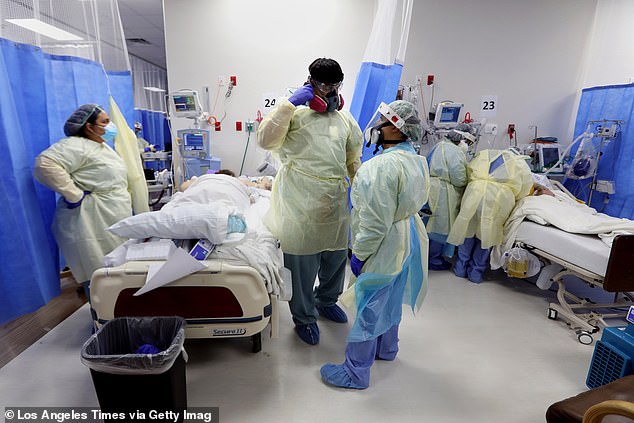 The hospital’s eight-bed COVID-unit is overflowing with 28 patients, including three on ventilators. Pictured: Coronavirus patients at a hospital in the Rio Grande Valley in Texas, July 20

‘There is nowhere to put these patients,’ hospital president Dr Jose Vazquez told the media on Tuesday, according to Border Report.

‘The whole state of Texas and neighboring states have no ICU beds to spare for us.’

Vazquez said there will be an ethics committee and a triage committee to review each case.

‘End-of-life decisions and hospice decisions and comfort-care situation for all those patients who most certainly do not have any hope of improving we believe they will be better taken care in the love of their own family and home rather than thousands of miles away dying alone,’ he said.

While the absolute number seems small, the county has been reporting 92 cases per 100,000 people every day for the past week.

According to the Harvard Global Health Institute, that’s the 11th highest rate in all of Texas.

Starr County is one of the poorest counties in the US with a median household income of just $27,000 and a poverty rate of roughly 35 percent.

The hospital only made room for an eight-bed coronavirus unit, but it is currently serving 28 patients, three of whom are on ventilators and one in the emergency room.

‘The situation is desperate. We cannot continue functioning at Starr County Memorial Hospital the way things are going. The numbers are staggering.’ 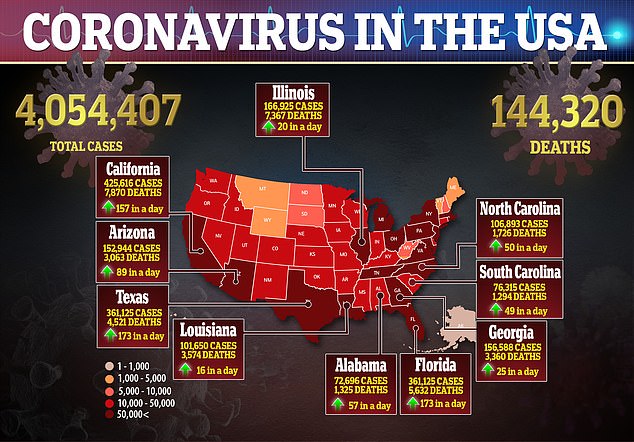 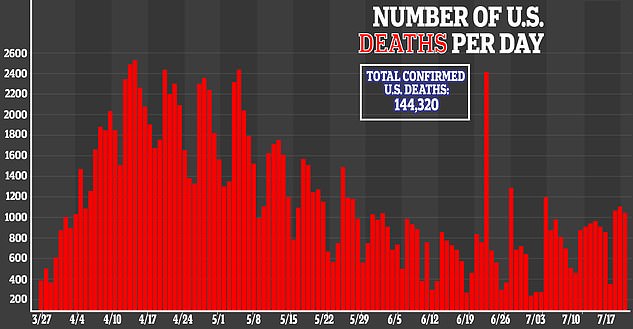 It’s a real turn-around for Starr County, which went three weeks with no cases at the beginning of the pandemic.

Officials banned large gatherings, imposed a mandatory curfew and tested all symptomatic people whether or not they had health insurance.

However, after Gov Greg Abbott began reopening the state in May, cases began to skyrocket.

Vasquez said the hospital had been sending patients to other counties and nearby states, but now they’re being overwhelmed too.

‘For all of those patients that most certainly do not have any hope of improving, they are going to be better taken care of within their own family in the love of their own home rather than thousands of miles away dying alone in a hospital room,’ he said.

A separate order determined that the school year will begin in August with online instruction until at least Instruction will continue as such until September 27, reported The Monitor. 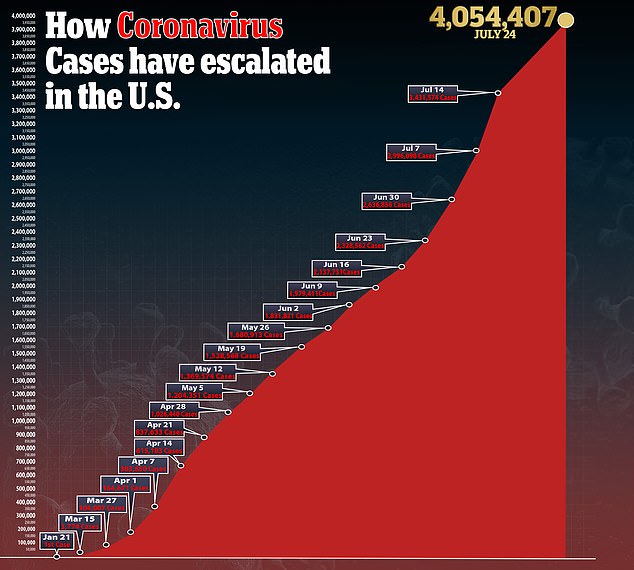