Desperate flood victims have turned to social media to plea for assistance from volunteer rescue groups that have stepped up to assist authorities.

As the likely record-smashing floods from Hurricane Harvey devastated the Houston region Sunday, victims trapped in the rising waters begged for help on Facebook and Twitter.

Volunteer groups like the Cajun Navy, a coalition of leisure boat owners that perform search and rescue, heeded the pleas as emergency services were stretched beyond capacity by the scale of the devastation.

Facebook pages for the Cajun Navy and others created for rescue information were flooded with requests for assistance throughout Sunday as the waters continued to rise.

Children sleep on a counter to avoid the rising water. One of them is said to be on a ventilator 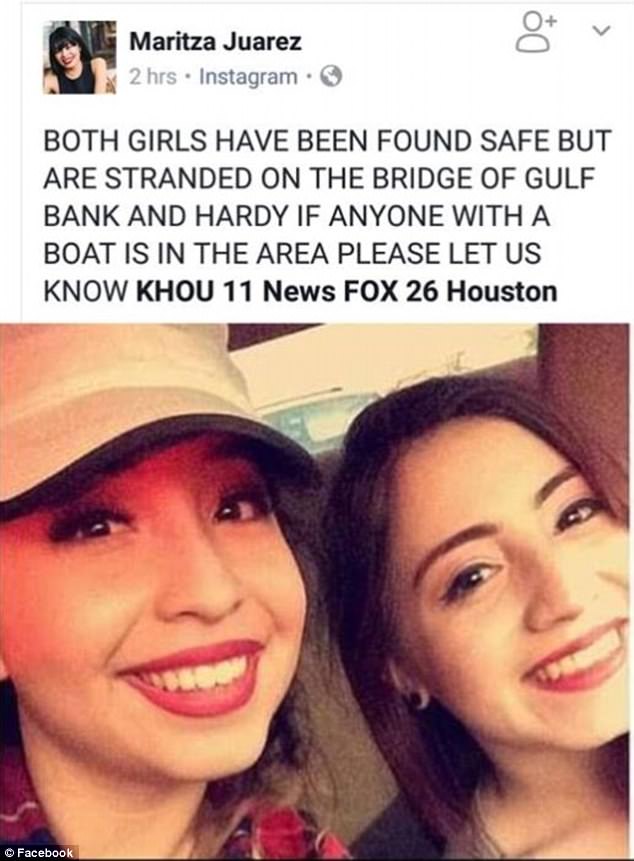 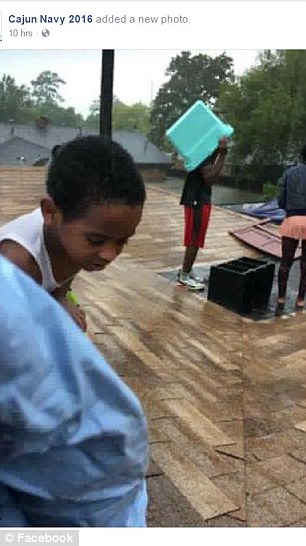 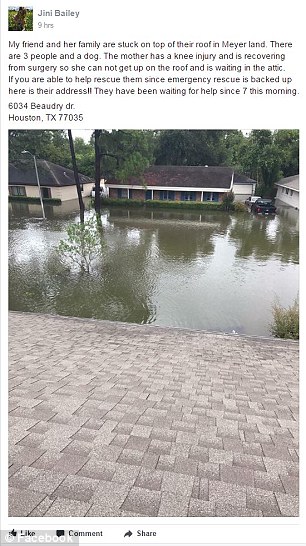 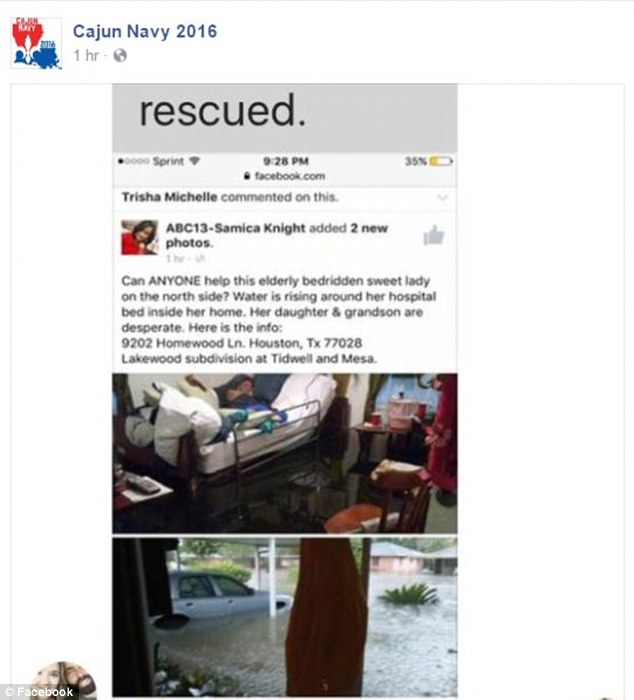 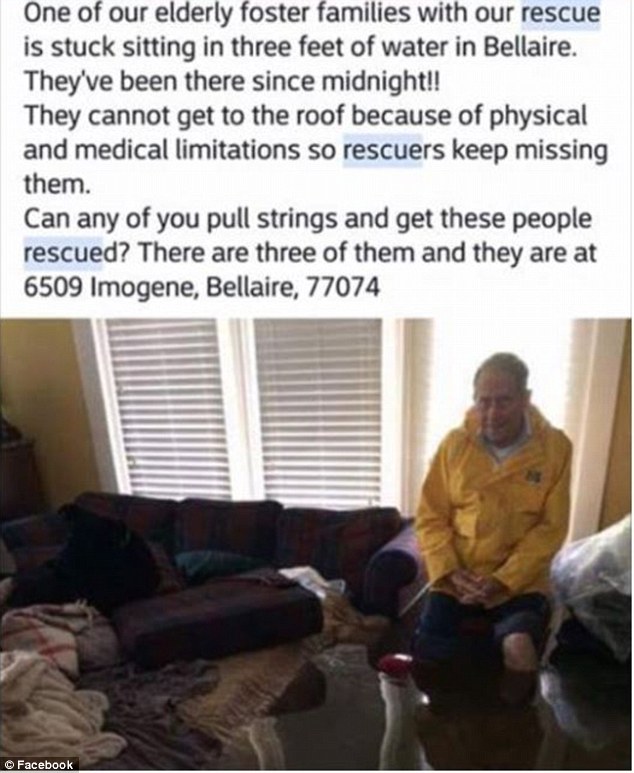 Many of those turning to volunteers for rescue were elderly, sick, or children

Water has risen to neck level in Richmond, southwest of Houston, according to this post

Rescuers in turn called upon anyone in the region with a boat to join the effort and announced rally points for search and rescue staging.

‘We need all the hands and boats that can be brought. We have the full green light to enter,’ wrote Cajun Navy organizer Jon Bridgers Sr.

The heartbreaking pleas for assistance included many on behalf of vulnerable children, elderly and medically vulnerable people.

‘My friend and her family are stuck on top of their roof,’ one woman wrote in a bid for help. ‘There are 3 people and a dog. The mother has a knee injury and is recovering from surgery so she can not get up on the roof and is waiting in the attic.

‘Can ANYONE help this elderly bedridden sweet lady on the north side?’ a reporter for a local news station wrote. ‘Water is rising around her hospital bed.’ 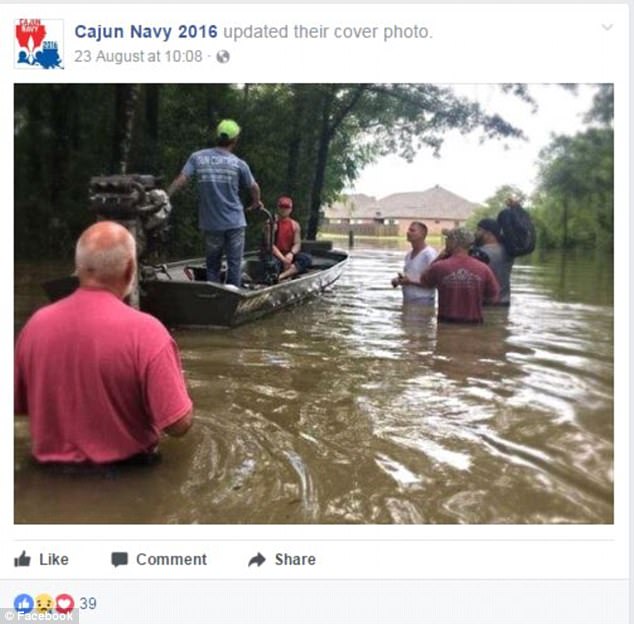 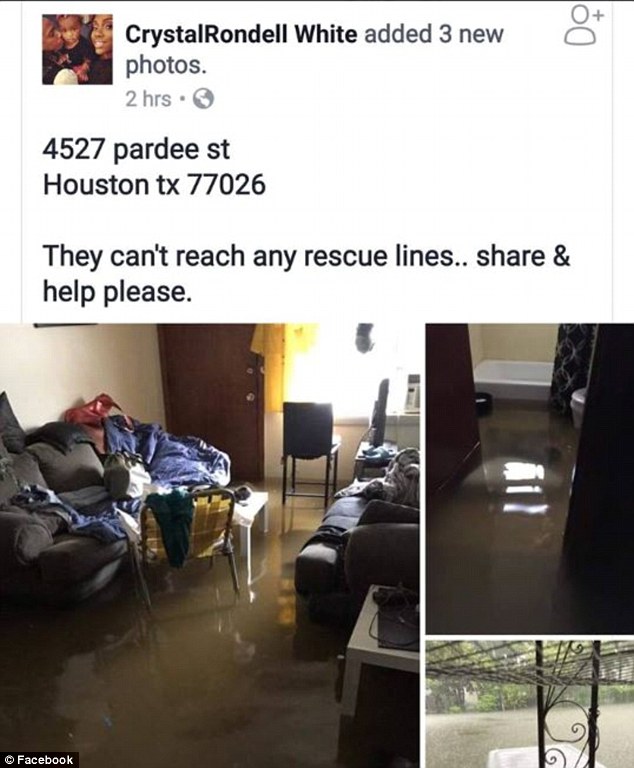 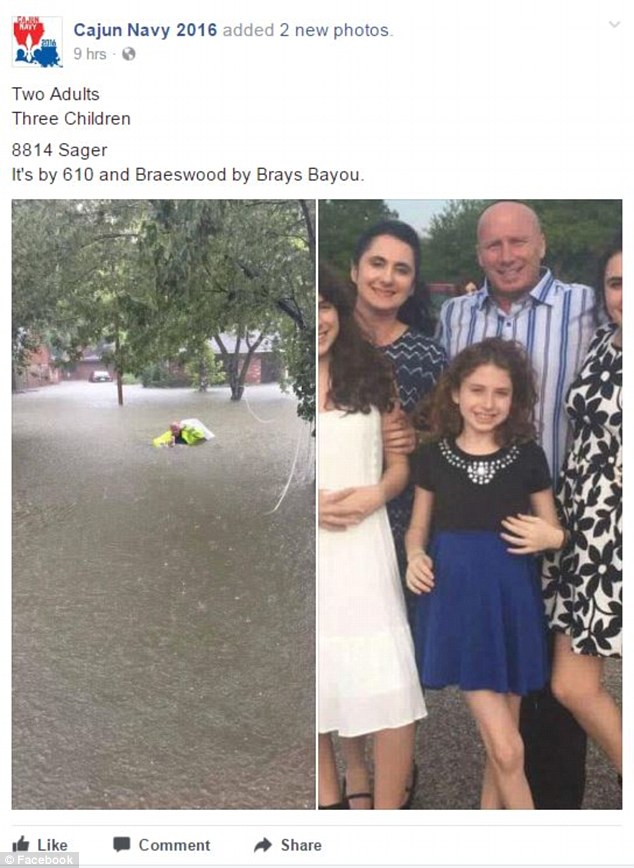 Since Thursday some parts of Houston have already received 25 inches of rain and some suburbs have gotten 27 inches.

Houston Mayor Sylvester Turner said in a press conference Sunday that authorities have received more than 2,000 calls for help with more coming in. 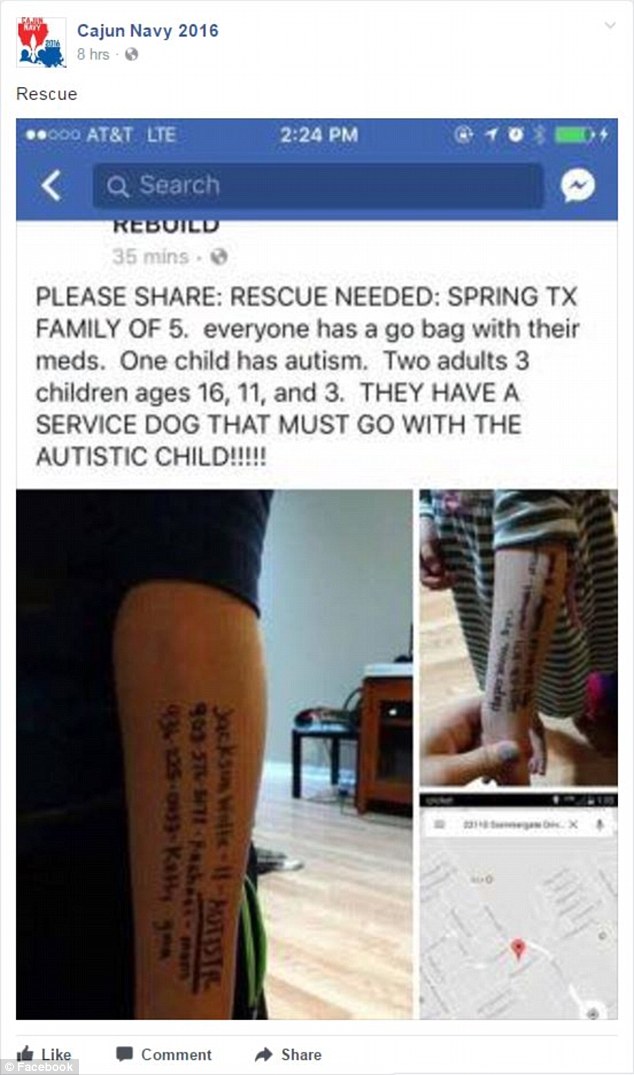 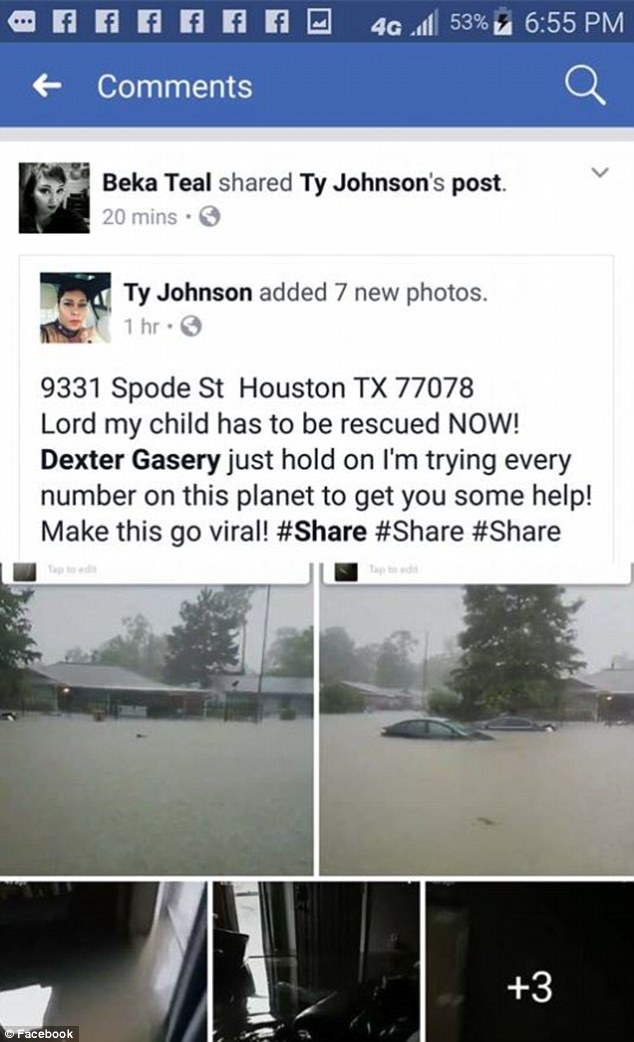