Determined mascot refuses to be denied a high-five with Lionel Messi after spotting Barca star walking down the tunnel… before squeezing his arm through a gap to greet his hero!

A starry-eyed mascot managed to receive a high-five from his hero Lionel Messi on Wednesday night.

The child was in the tunnel at the Nou Camp before Barcelona defeated Borussia Dortmund 3-1 in the Champions League.

The kid spotted his idol walking down the tunnel and pushed his way through a crowd to get a high-five from Messi. 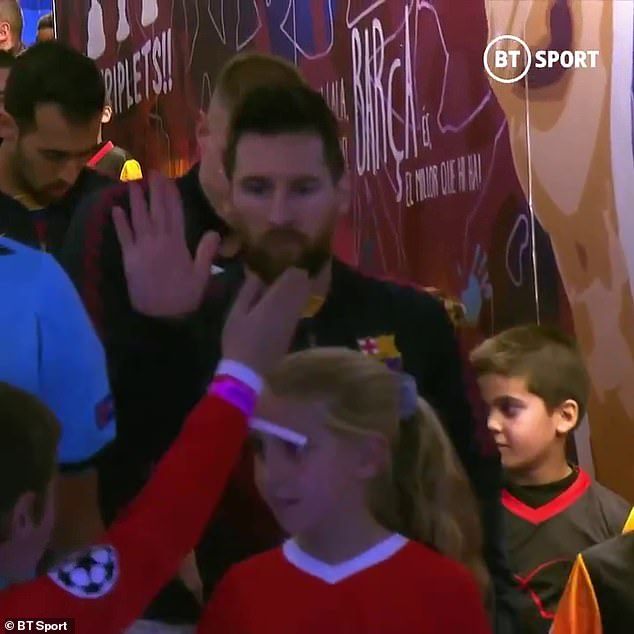 This isn’t the first time the Barcelona star has interacted with a mascot as a couple of years ago Messi welcomed an Afghan boy, who became an online hit wearing a homemade plastic-bag version of his shirt, on to the pitch in Qatar.

Six-year-old Murtaza Ahmadi was pictured in a striped blue-and-white plastic bag bearing Messi’s name – mimicking his Argentina kit – in 2016 and managed to meet his idol.

He accompanied Messi on to the field in an oversized kit as a mascot, having also received a real, signed version of the shirt he had mocked up on a budget.

On Wednesday night, Messi marked his 700th appearance for Barcelona in eventful fashion with a goal, two assists and a booking for diving in a 3-1 win over Dortmund in the Champions League.

Messi’s 613th goal for Barca helped his side qualify for the last 16 by winning Group F, with the Argentinian also setting up Luis Suarez and Antoine Griezmann at the Nou Camp.

England forward Jadon Sancho scored a consolation for the visitors, who remain level on points with Inter Milan ahead of the final round of group games. 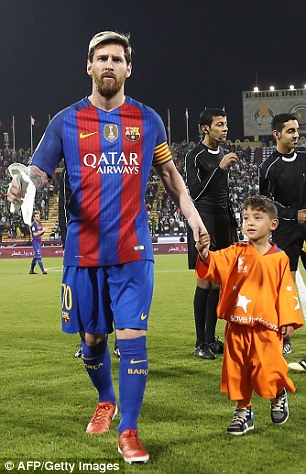 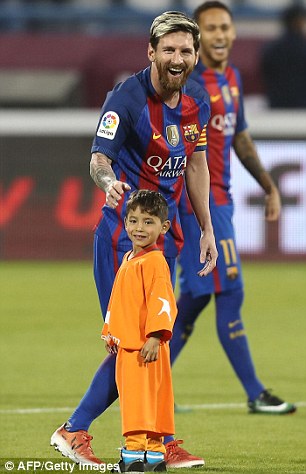