Detroit postal worker is mauled in vicious dog attack despite the animal being poked with a broom, hit with a metal steering lock and slammed by a trash can

A Michigan postal worker had to rely on the help of residents in a quiet suburban street after he was attacked by a vicious dog while making his rounds.

The terrifying attack was caught on camera by a driver who was able came to the mailman’s aid after he was bitten and then knocked to the ground by the relentless animal.

The incident happened Friday afternoon in Detroit on the city’s west side as the mail carrier was making his deliveries.

A terrifying dog attack on a mailman was captured on camera

In a video posted to Facebook, the dog can be seen attacking the 52-year-old man’s foot and ankle while a woman who came out from a nearby house hit the animal with a broom.

The man recording the video then got out of his car to intervene and grabbed nearby a trash can which he hurled at the dog, but it seemed to make little difference as the attack continued.

The man raced back to his car to grab other objects with which to curb the dog’s assault including a spatula, and even a heavy metal steering wheel lock – but the dog continued to maul the postman who was unable to fend off the animal.

The dog eventually let go of the postal worker but then decided to charge at one of the neighbors who was forced to run back indoors. 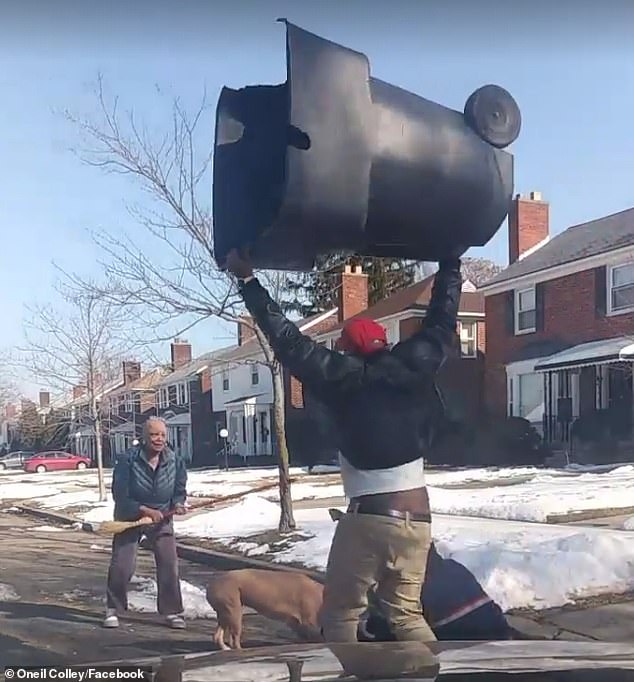 The man recording the video intervened using a trash container, spatula and even a club steering wheel lock but the dog was unrelenting 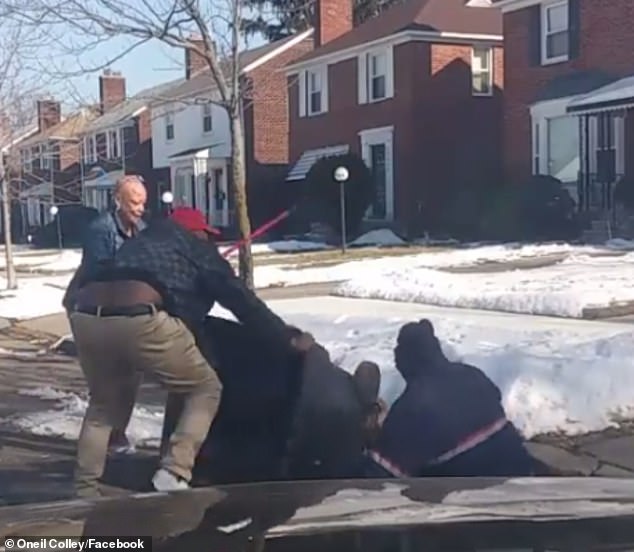 ‘From what I know, basically is my cousin was leaving for work and he slipped past him and ran outside,’ a man who did not wish to be named said to Fox2.

By the end of the video, the dog appears to be severely injured from all of the blows it sustained.

The United States Postal Service said it was investigating the ‘tragic incident.’

‘We are deeply grateful to the concerned citizens who came the aid of our letter carrier,’ the agency told the TV station. ‘Unfortunately attacks such as this provide the postal service an opportunity to remind dog owners that it is their responsibility to restrain their pet in order to avoid attacks against our employees while they are in performance of their duties.’

Animal control officers captured the dog and ticketed its owner.

The postal worker was taken to a hospital where he was listed in stable condition. 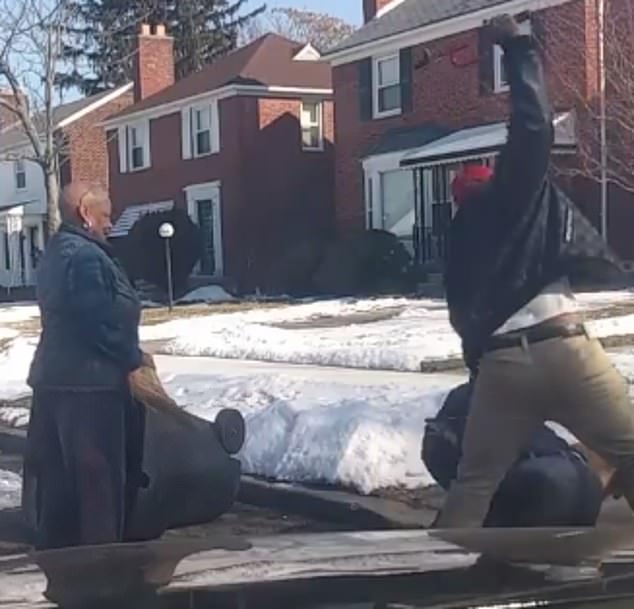 The passerby, right, began hitting the dog with a steering lock but it made little difference 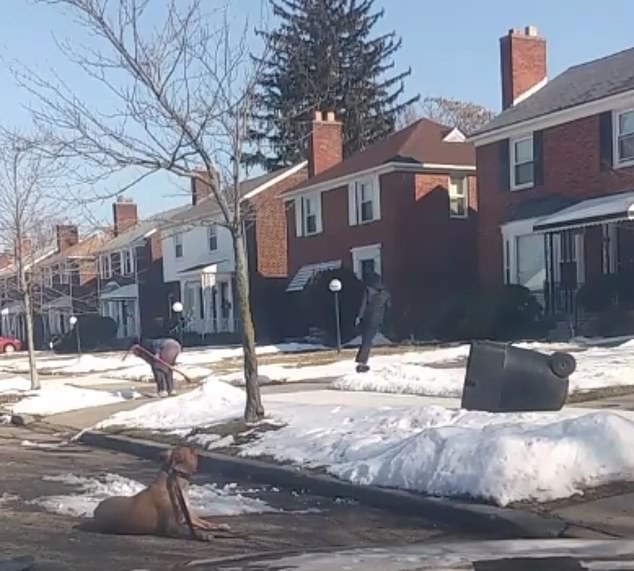 By the end of it all, the dog was seriously injured and couldn’t get up. The dog’s owner can be seen running away in the right of the picture