Three ring girls have been replaced by shirtless men for Jeff Horn’s fight after furious feminists claimed they were exploited as ‘trophy women’.

Promoters of Saturday night’s ‘Battle of Bendigo’ boxing show featuring Horn and Michael Zerafa were forced to replace the girls after coming under fire from local councillors and women’s advocate groups.

City of Greater Bendigo councillors Yvonne Wrigglesworth and Jennifer Alden were critical of the between-rounds custom which has been part of the sport for decades.

But the hired women were less than impressed they’d be replaced and posed for a protest photo from the ring before the bout.

Councillor Wrigglesworth argued events like The Battle of Bendigo objectify women while Ms Alden said stereotypes of this nature was not respectful of women.

Event co-promoter Dean Lonergan said he was disappointed with the criticism and had replaced the three women with males, who would be referred to as ‘fight progress managers’.

Not all the ring girls were fired and some appeared at the match as normal.

Mr Lonergan said the three women would still be paid and their replacements had been found by his co-promoter, Bendigo resident and Australian 1996 Olympic boxing representative Lynden Hosking.

‘Ironically, four women will be fighting tonight and wearing less clothing than those women I have now had to replace with men in response to these protests,’ Mr Lonergan said.

‘As a result of their outcry and concern from sponsors about these uninformed media comments from an organisation that have never raised their concerns with me, shows their agenda is more about headlines than equal opportunity.’

Mr Lonergan said the three women were denied the opportunity to do the job they had applied for. 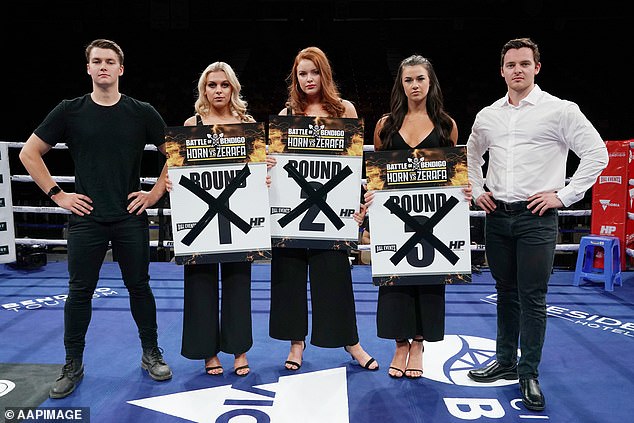 ‘They are intelligent women. Their freedom to work in an environment that they choose and enjoy doing has been completely undermined. These protests are an attack on them.’

One of the replaced women, Kalista Thomas, objected to the criticism.

‘To undermine my work as a ring card and call it sexualised I feel is absolutely discriminatory,’ Thomas said.

‘Never in my time in the ring or at the fights have I been made to feel less worthy for being there.’ 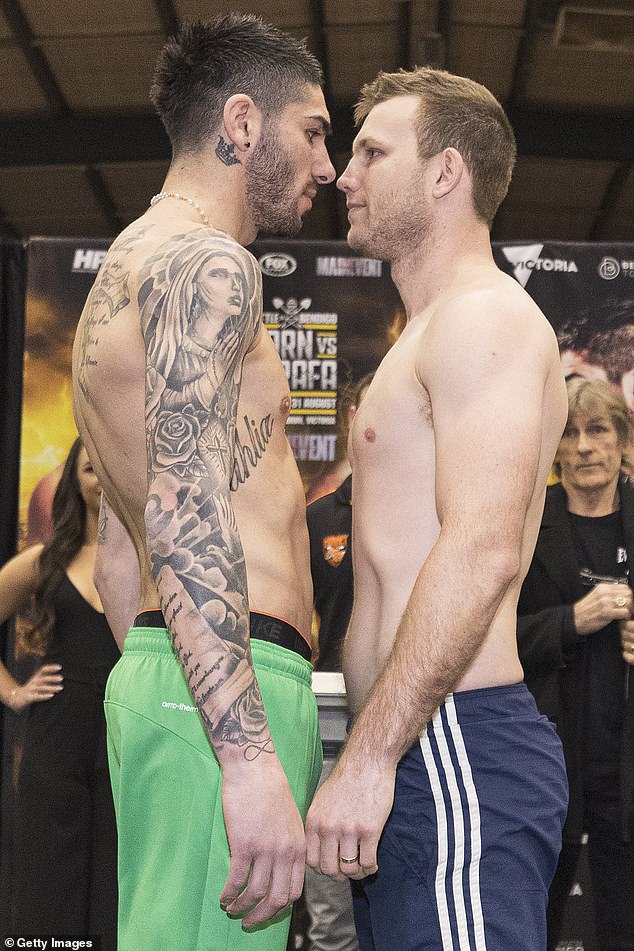