A 300-year-old cottage collapsed after Britain was shook by its largest earthquake in a decade.

The British Geological Survey (BGS) said the quake was recorded at 2.20pm and the house, 185 miles from the epicentre in the village of Bow, Devon, fell apart at 2.26pm. 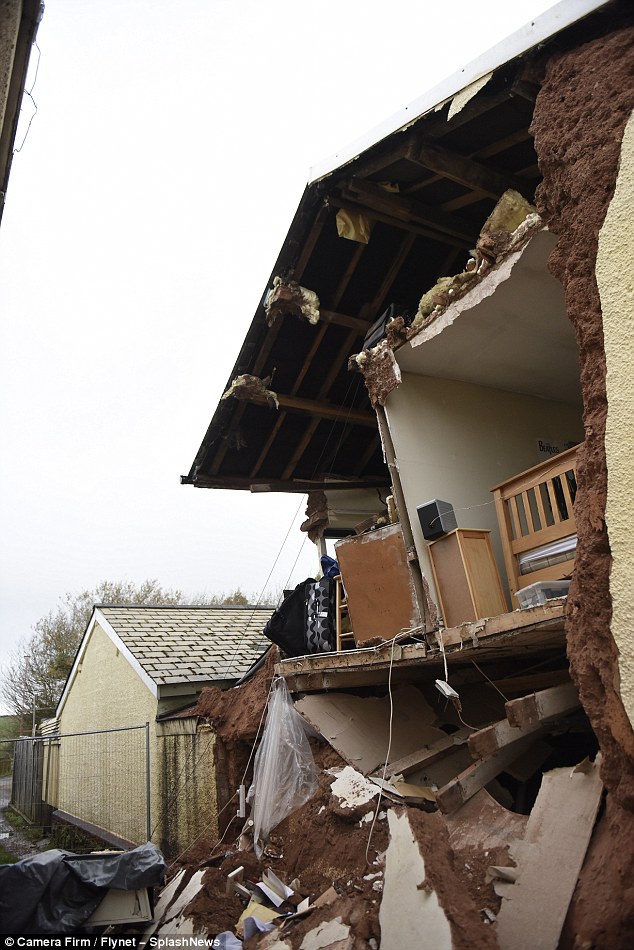 The building, in the village of Bow, Devon, crumbled and fell apart 11 minutes after the quake rocked Cwmllynfell, near Swansea, South Wales 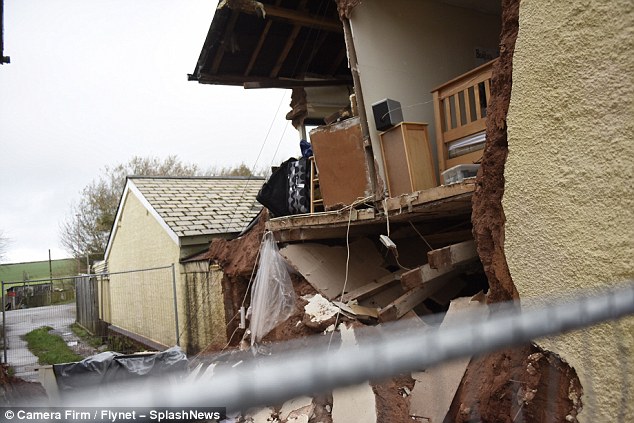 The dramatic moment was captured on grainy CCTV. One resident was in the property’s back garden when it fell apart 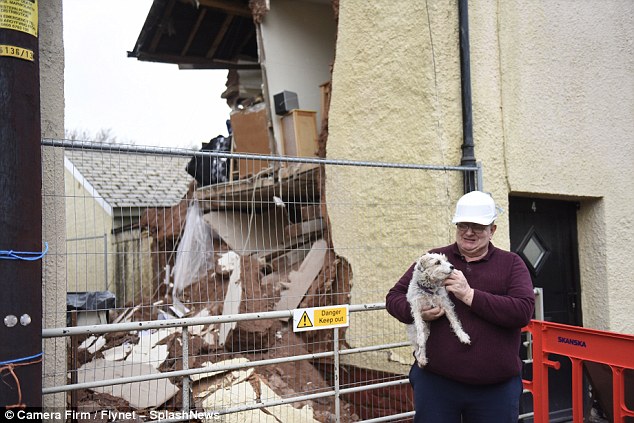 Robert Crowley – who has featured in a Channel 5 Documentary Britain’s Worst Neighbours – was in the back garden of the property and watched it collapse.

He said: ‘I heard a loud rumble, and felt the ground shake followed by seeing the side of my house collapsed into the driveway.’

He had lived there with his eight-year-old dog Jackie

The tremor, which measured 4.4 on the Richter scale, was centered eight miles north-east of Swansea in Cwmllynfell.

It was the biggest earthquake to hit the UK a decade after a 5.2 quake was recorded in Market Rasen, Lincolnshire on February 27, 2008. 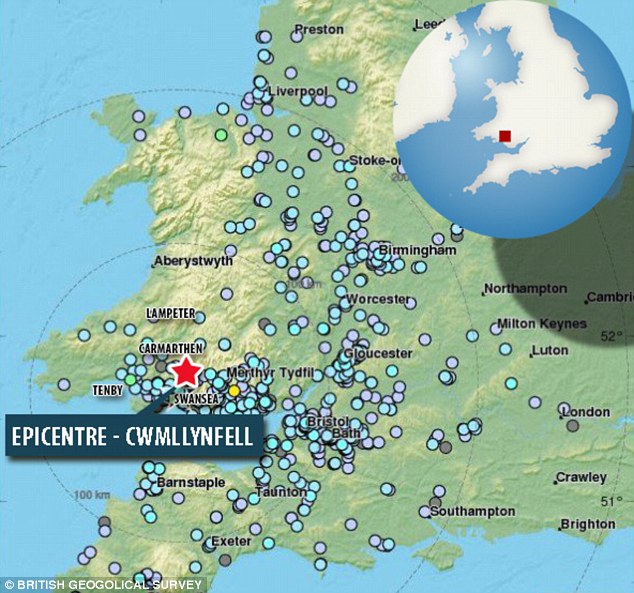 The 4.4 magnitude quake was felt as far away as London 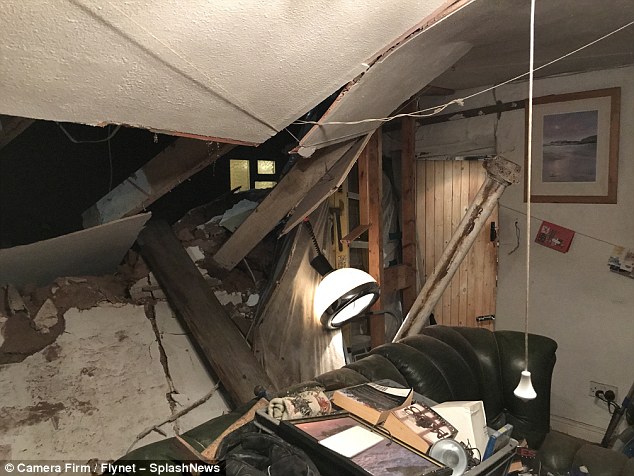 A devastated Mr Crowley was left to survey the wreckage of his home. The wall of his sitting room caved in and part of the ceiling collapsed 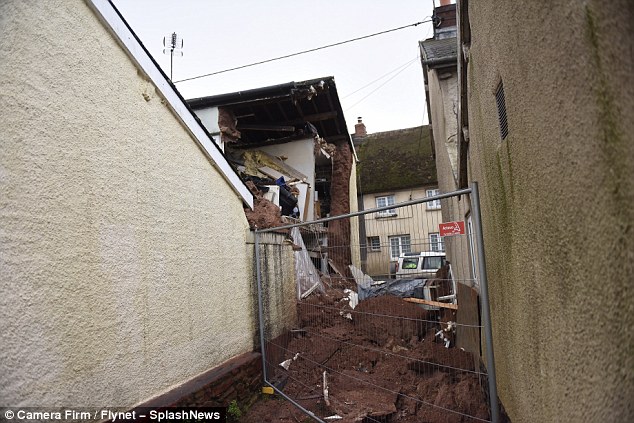 The aftermath of a house collapsing in Devon yesterday. Workers erected metal fences around the wreckage 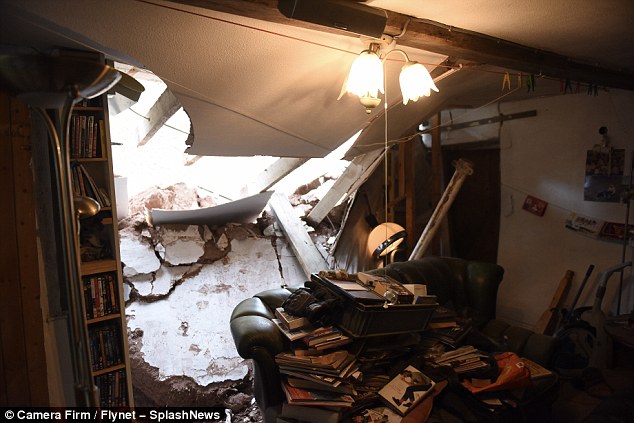 Destroyed: The inside of the house in Devon after part of it collapsed. The building crumbled after an earthquake shook large parts of the UK 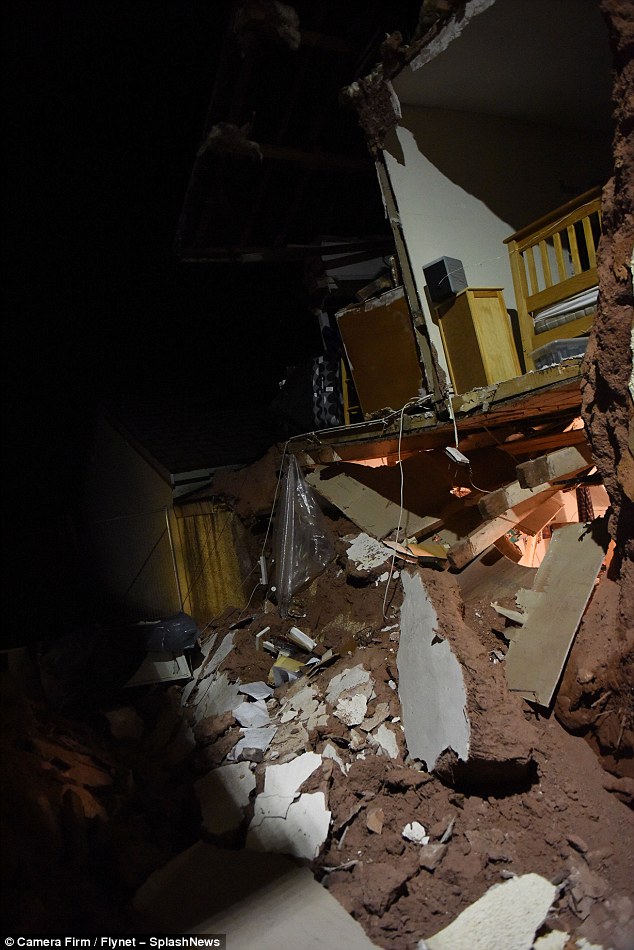 Devastated: The end of Mr Crowley’s bed was visible after part of his bedroom wall crumbled and fell away following an earthquake

Although Dyfed-Powys Police said in a statement at the time that they were receiving an ‘extremely high call volume’, no injuries have since been reported.

Several buildings were reportedly damaged or evacuated as a precaution, but most people only felt the shake very briefly, or completely missed it at all.

People across the UK took to Twitter today to mock the supposed ‘carnage’ caused by the relatively small quake, or to comment on what they felt and saw.

One Twitter user wrote: ‘I appear to have missed an earthquake in Cardiff.

‘In a disaster movie, I’m that unnamed character listening to music on over-sized headphones who turns around to see a tornado/fireball/tidal wave bearing down on him when it’s just too late.’

Another individual who barely felt the quake wrote: ‘Seeing my entire timeline on about that mini earthquake has made me feel so much better because I genuinely thought I’d watched too much BuzzFeed Unsolved and now I’m haunted.’ 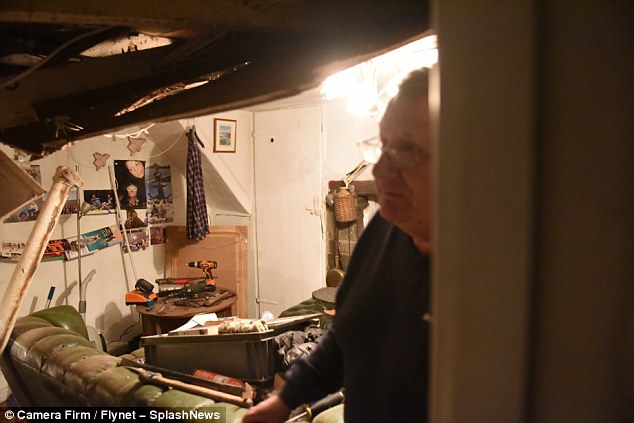 Mr Crowley inspects the damage to his home. He is unemployed and may have to find somewhere else to live 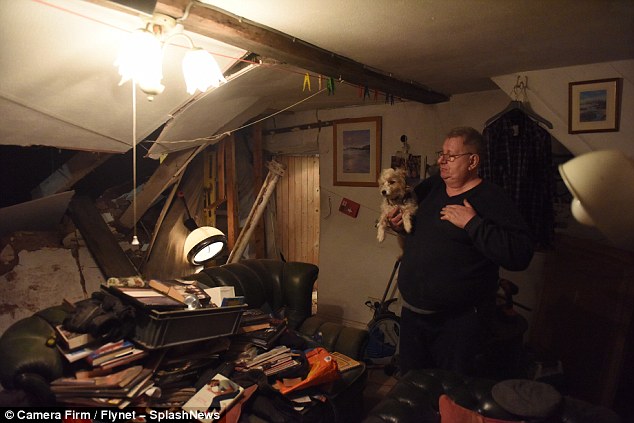 Mr Crowley and his Jack Russell, Jackie, in their living room following the collapse of their home