Four female Roma gangsters involved in a conspiracy to derail a major human slavery prosecution in Europe have been jailed for a total of 20 years.

The women, all from the Czech Republic but living in Britain, attempted to wreck a £1million case against the Tancos organised crime group from their homeland.

The mob ran a modern-day slavery racket in Plymouth, Devon, trafficking vulnerable victims from the Czech Republic and forcing them into work. 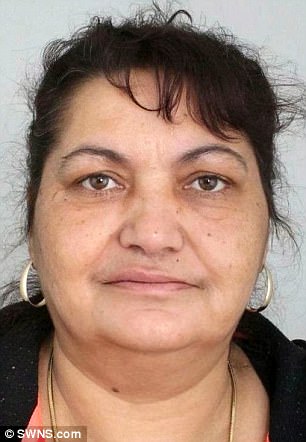 Lenka Cmejlova, 35, and gang ‘matriach’ Ruzena Tancosova Sr, 56, have been jailed for conspiracy to pervert the course of justice 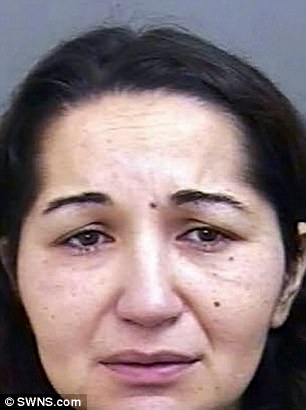 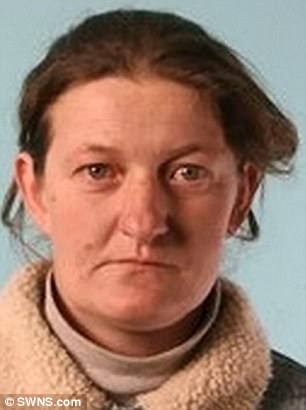 Ruzena Tancosova Jr,37, appeared in court with a newborn baby as she was jailed along with co-conspirator Libuse Sindelarova, 42, (right)

Her mother Ruzena Tancosova Sr was jailed for seven years, Cmejlova three years and four months and Sindelarova was imprisoned for two years.

They forced slaves into work at car washes and a meat packing factory or to become domestic slaves at the Plymouth homes of crime gang members.

Their victims were housed in appalling conditions while most of their wages and benefits were pocketed by the gang.

Five gang members – all part of the same Czech Roma family – were jailed for over 20 years in 2016.

But the case almost collapsed after the four women threatened a key witness into changing his statement back in the Czech Republic.

Tancosova snr, described as the matriach of the Tancos Organised Crime Group, also pleaded guilty to an additional charge of perverting the course of justice.

Plymouth Crown Court heard how the women tried to sabotage the case after two slaves fled and contacted police.

The first trial collapsed due to interpretation problems but the second was progressing until the judge received a letter from ‘pivotal witness’ Josef Bukovinsky, retracting his statement.

He claimed he had made his original statements ‘under the influence of psychotropic substances’ and alleged corruption by the police and even an interpreter.

But trial judge Paul Darlow smelled a rat and ordered detectives to determine the veracity of the letter and find Bukovinsky.

After being tracked down by police, Bukovinsky told them how the four women had threatened him into changing his evidence.

After changing his statement he was effectively kept at a property for the next three months. He said he was ordered not to go out by Cmejlova and Ruzena senior.

He added that he was told by female members of the family that if he was caught by police and any of their family were sent to prison they would take revenge on him and his family when they were released.

He said: ‘They put so much pressure on me that I wrote it. I just wanted some peace.

‘They talked to me throughout the night to the following morning. I finally wanted to have some peace and quiet.

‘It was mainly Lenka, we were sitting in the kitchen. She told me to change everything, literally everything.’ 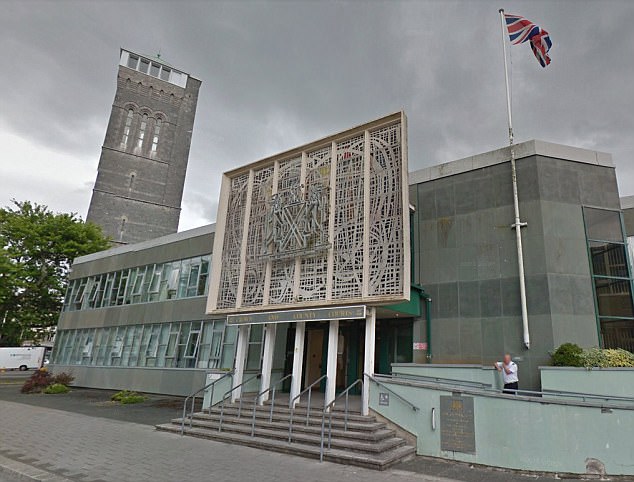 The family arranged for him to be accompanied by Libuse Sindelarova when he went to a solicitors to retract the statment.

A fee of around 3,000 Czech Crowns – around £90 – was paid to the solicitor which Bukovinsky said was made up of money from Lenka and from Ruzena Tancosova senior.

Ruzena Tancosova Jr was one of the five initially convicted as part of the slave gang last November when she was jailed for six and a half years.

Her brother Petr Tancos, their cousin Martin Tancos and their partners Nela Dzurkova and Katerina Kurlova were all convicted of human trafficking offences.

Tancosova jr appeared in court during the latest conspiracy sentencing via video link with HMP Peterborough, her newborn baby beside her in a pram.

Sindelarova was jailed for two years and Cmejlova for three years and four months for conspiracy to pervert the course of justice.

For one count of perverting the course of justice Ruzena senior was jailed for three years, and four years for the conspiracy charge to run concurrently.

Ruzena junior, described as the primary culprit, was given three years for perverting the course of justice charge and five years for conspiracy.

The new sentences are concurrent and will be served when her six and a half year sentence ends.

Ann Hampshire, senior crown prosecutor for CPS South West, said: ‘The actions of Tancosova, Cmejlova, Sindelarova and Tancosova saw one witness pressured into not attending to give evidence and a second witness pressured into claiming his evidence was false, leading to the collapse of a trial and allowing criminals to evade justice for a year-and-a-half.

‘This had a significant impact on the victims and witnesses. The failed and subsequent trial wasted almost £1 million, being counsel fees, defence costs and additional police costs.

‘This was an unusual case but the evidence presented by the CPS and gathered by the police both in the UK, the Czech Republic and the USA established a very strong case which resulted in the four defendants pleading guilty to the offences.