Roma manager Eusebio Di Francesco was left frustrated by his side’s mistakes in their 5-2 defeat to Liverpool – but believes they can still reach the Champions League final.

The Serie A side were ripped apart as Mohamed Salah – against his old club – inspired Liverpool into a 5-0 lead, before Edin Dzeko and Diego Perotti scored in the final 10 minutes to give Roma hope.

Roma beat Barcelona 3-0 in the second leg of their quarter-final to progress, and the same result against Liverpool would be enough again. Boss Di Francesco refuses to give up hope. 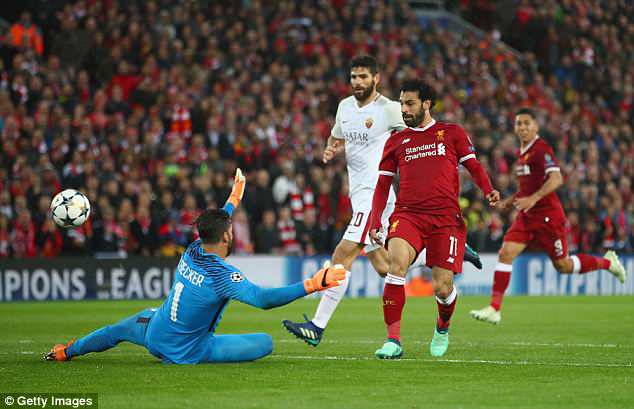 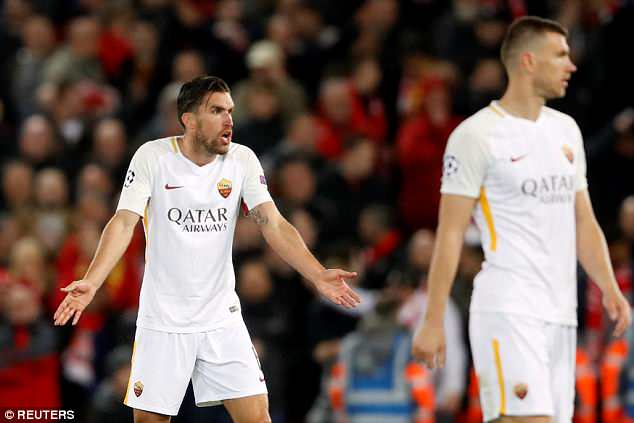 He told Mediaset Premium: ‘If you don’t believe anything can happen, then you shouldn’t be playing these games. I don’t want to see anyone on trial now, as preparing games on paper is not the same thing and tactics become relative if we can’t keep the ball or make a simple pass.

‘Their attacking moves almost all happened when we lost the ball. If they allowed us some three against three moves, it means we have the quality. Our centre-backs were caught when they should’ve turned and blocked. Losing all these duels showed we were a little below Liverpool in terms of physicality and pace.’

After matching Liverpool in the opening half an hour, the Reds ran away with the game, Salah scoring twice before half time before setting up two more after the break.

However Roma have not been beaten yet, insisted Di Francesco, who promised a better performance back in Italy. 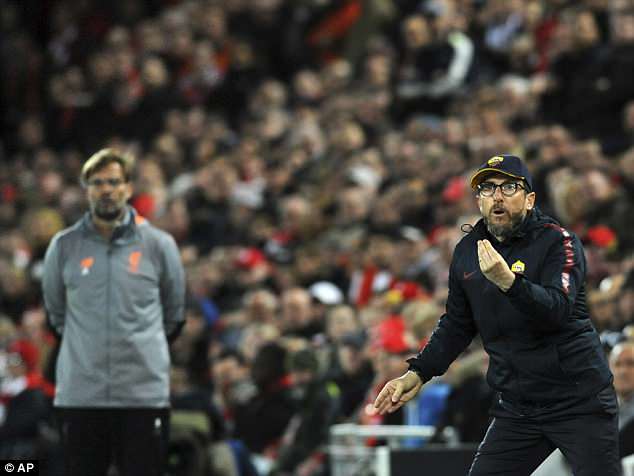 Di Francesco was frustrated by his team’s display, but promised better in the second leg

He said: ‘We said before the Barcelona game that we believed totally in our chances and I say the same now. The team today lost its confidence too much and got totally disbanded, but that shouldn’t happen, it doesn’t matter how many setbacks there are or goals conceded.

‘We will see a very different Roma in the second leg. If you lose numerous duels around the pitch, you’re going to lose the game. If we got here it’s because we fought and won duels against many very talented players.

‘If the opposition has the ball and is preparing a pass, you can’t just stand there and wait for it to come in, especially when it’s an easy enough situation to read. We made it easy for them.’