Diana death driver could NOT have been drunk, says Burrell

Princess Diana’s driver could not have been drunk on the night she was killed in a traffic accident in Paris, her former butler has declared.

Paul Burrell rubbished claims that chauffeur Henri Paul was driving over the limit, insisting Diana’s bodyguard Trevor Rees-Jones would not have allowed him to get behind the wheel.

According to toxicology reports, Mr Paul was three times over the French drink-driving limit when the car smashed into a pillar of the Pont de l’Alma tunnel.

He was killed instantly in the crash, as was Diana’s lover Dodi Fayed, while the Princess of Wales died hours later in hospital. Mr Ree-Jones was the only survivor.

CCTV image showing Diana, Princess of Wales with Dodi Fayed inside the lift at the Ritz Hotel shortly before their deaths 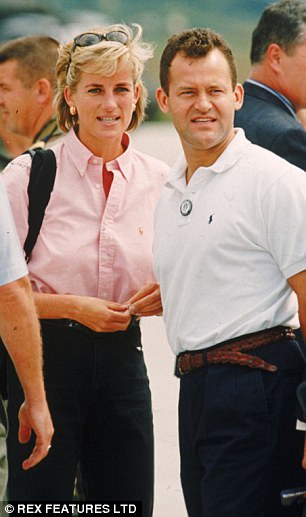 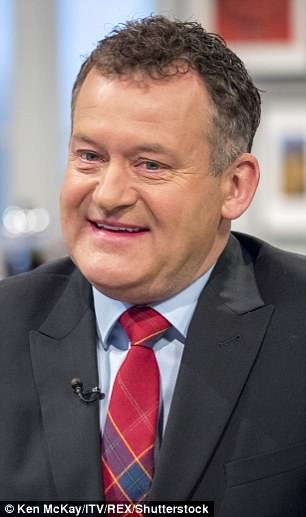 On the eve of the 20th anniversary of Diana’s death, her former butler Mr Burrell visited the scene of the crash for the first time.

He told The Mirror: ‘Why would Trevor let a drunk man drive him? Let alone Diana and Dodi? That’s rubbish. I think there was a mixing up of toxicology results.’

He added: ‘And she always wore a seatbelt… so why wasn’t she that night? She wasn’t a fast driver and she would have been very scared of going so fast.

‘I have this recurring nightmare of her screaming, “Slow down”.’ 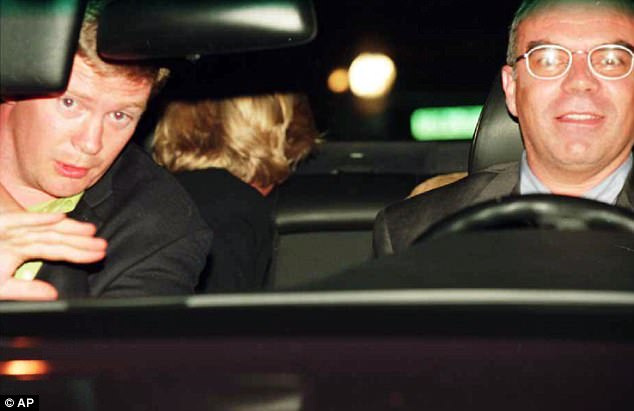 Driver Henri Paul is shown right, with Diana’s bodyguard Trevor Rees-Jones in the front passenger seat. Diana can be seen in the rear seat 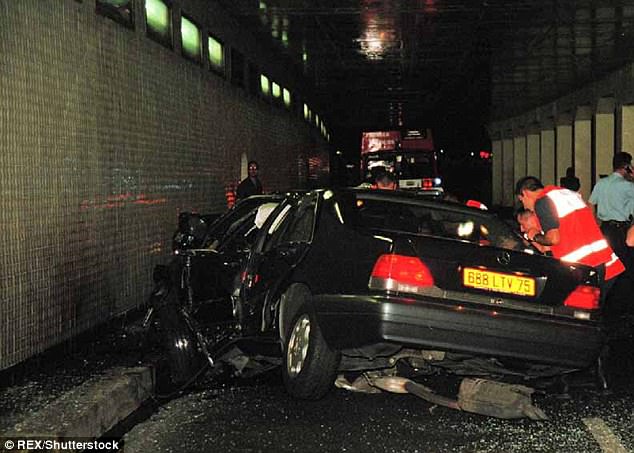 According to toxicology reports, Mr Paul was three times over the French drink-driving limit when the car smashed into a pillar of the Pont de l’Alma tunnel

Diana was killed when the car carrying herself and her lover Dodi Fayed smashed into a pillar inside a Parisian tunnel in the early hours.

The vehicle was being driven by the pair’s drunk chauffeur Henri Paul, who attempted to outrun the pursuing paparazzi.

Their deaths would send shockwaves around the world and triggered an unprecedented outpouring of grief in Britain.

Mr Burrell served Diana from 1987 until her death in 1997, and claims he should have had therapy following the loss.

He was criticised by William and Harry for writing a tell-all book about his life with the princess. 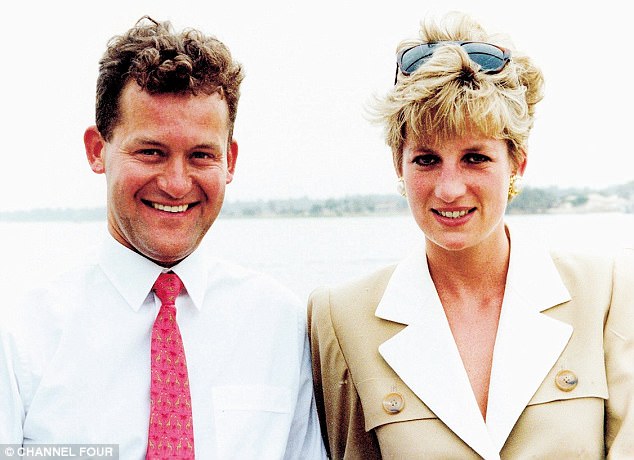 Mr Burrell served Diana from 1987 until her death in 1997, and claims he should have had therapy following the loss