A controversial anti-radicalisation project should be replaced with a scheme which does not ‘alienate’ communities, ministers have been told.

Meanwhile fellow Labour MP Zarah Sultana described her experiences of the Prevent programme at university, where students were ‘reported for reading terrorism-related textbooks as part of their degree’.

Speaking in the House of Commons today, Labour MP Zarah Sultana said people in university had been referred to the Prevent programme because they had read texts on terrorism associated with their course 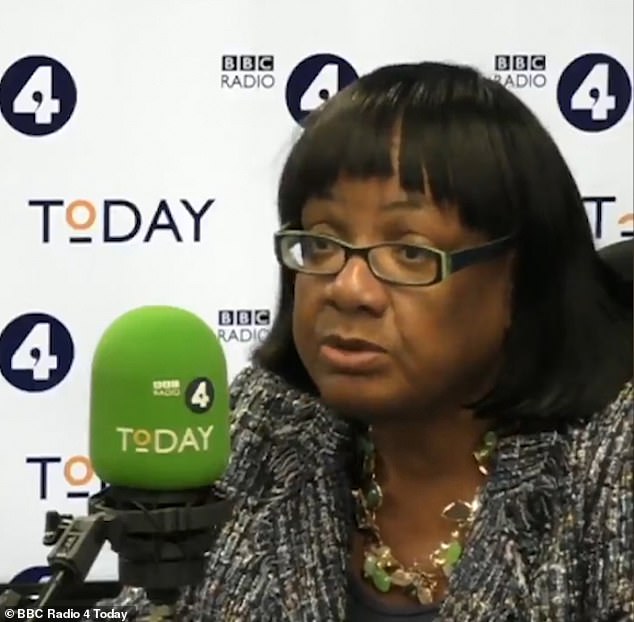 She added that to say the strategy needs a review is ‘a serious understatement’.

Prevent aims to stop people becoming terrorists or supporting terrorism, with the Government legally required to complete a review and share its findings by August this year.

But the Counter-Terrorism and Sentencing Bill seeks to remove this commitment from law without specifying a new date.

Speaking in the report stage of the Counter-Terrorism and Sentencing Bill, Ms Abbott told the Commons: ‘I believe we should be looking at a replacement for the current Prevent programme.’

She said good work has been carried out by Prevent, but its reputation is ‘so toxic’ – meaning it is ‘not as effective as it could be’ in combating terrorism.

She added: ‘All the evidence, all the people in communities that I’ve spoken to, you arrive at the conclusion that Prevent is in danger of being counter-productive, alienating communities and ultimately making the fight against terrorism harder.

‘I believe that a more effective form of anti-radicalisation programme could be and should be constituted.

‘It’d involve communities themselves, it wouldn’t be something imposed on communities but it’d be working with communities and rely on people’s intelligence, information and sensitivity.’

Meanwhile, Ms Sultana (Coventry South) said that as a young Muslim, she ‘saw the effects of the war on terror at home and abroad’.

She told MPs: ‘At home it meant the rise in Islamophobia and the steady erosion of civil rights. It meant the installation of cameras on streets near my childhood home.

‘We were told that they were for traffic control, but we soon learned that that wasn’t true. It was an area with a significant Muslim community and we were being watched.

‘As I got older I became far too familiar with this. My community was not viewed as citizens worthy of equality and respect but as a threat viewed with hostility and suspicion.

‘At school and university I encountered the effects of Prevent.

‘It was said it was targeting radicalisation, but when it resulted in Muslim university students being reported for reading terrorism-related textbooks as part of their degree, we knew that its effect was to target Muslims and to erode civil liberties of all.

‘If we’re worried about free speech on campuses, it is the Prevent strategy we need to be looking at.’