Did Messi ‘punch’ Fabinho in build-up to third goal against Liverpool?

Liverpool fans are incensed that Lionel Messi appeared to ‘punch’ Fabinho before scoring his magnificent free-kick on Wednesday night.

The second, his 600th club goal, was one of his best ever strikes – a 35-yard free kick into the top corner. However, a video replay appears to call into question whether the set-piece should have been given. 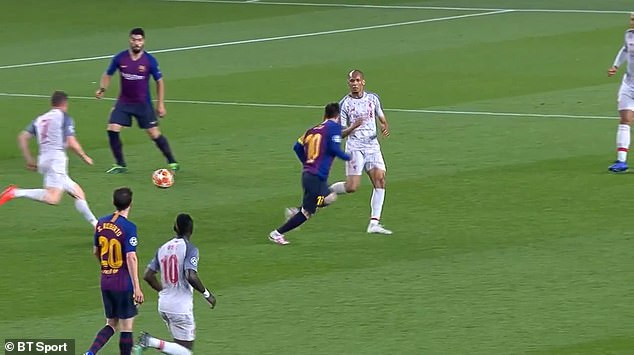 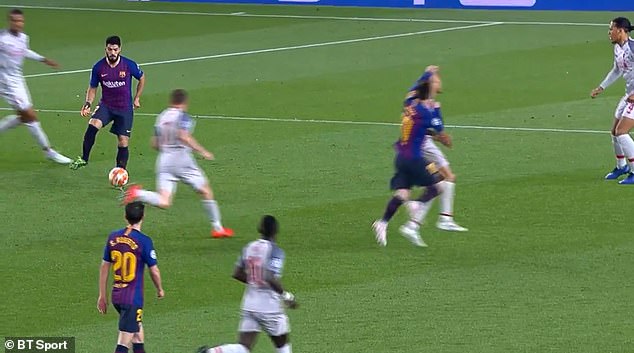 As he and Fabinho collided, replays seem to show Messi lashing out at the head of the player 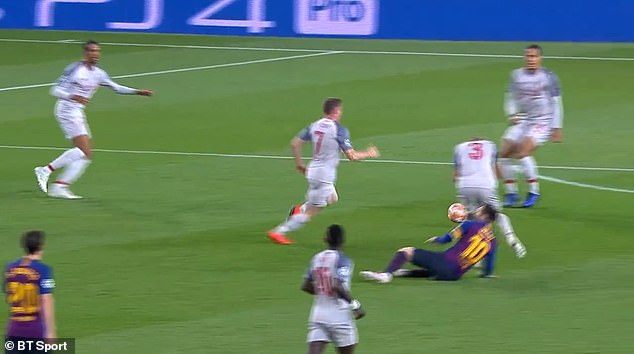 Despite Fabinho holding his head in pain, referee Bjorn Kuipers gave him a yellow card

In the incident leading up to the free-kick, a television angle from behind Messi shows him colliding with Fabinho, which referee Bjorn Kuipers gave as a foul against the Liverpool midfielder for blocking off the Argentine as he played a one-two with Luis Suarez.

However, the replay seems to show that Messi aims a punch at Fabinho’s head, before falling to the floor and being given the free-kick.

Despite Fabinho clearly being in pain from the strike, crouching and holding his head, Kuipers gave him a yellow card.

The pain was doubled when Messi brilliantly fired the free-kick past the despairing dive of goalkeeper Alisson to all but confirm Barca’s place in the Champions League final. 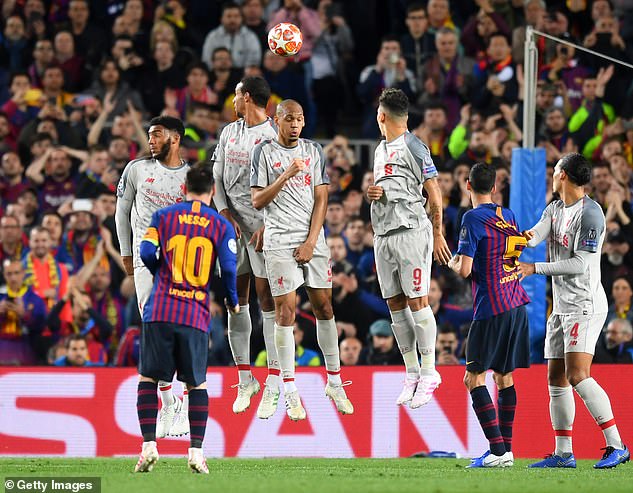 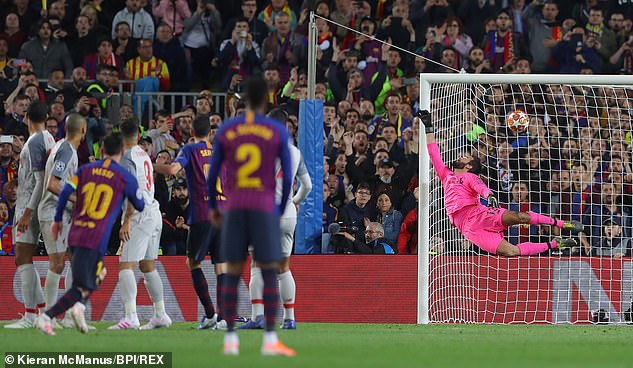 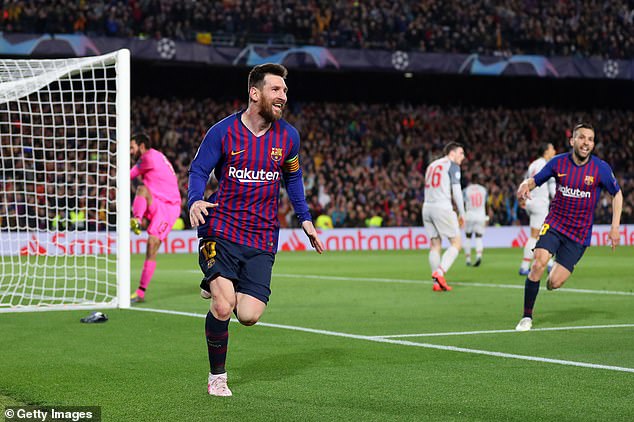 While replays, slowed down and from multiple angles, can often be misleading, this has been used as evidence by enraged Reds fans that their team has been hard done by.

The calls for retrospective action have reached the stage where one fan, Callum Brydges, has launched a petition on change.org aimed at UEFA and the Champions League.

It is titled: ‘Get Messi a retrospective ban for clearly punching Fabinho in the head’, and at the time of writing had reached the landmark of 100 signatures.

The petition reads: ‘So basically Messi gets a free kick for punching Fabinho in the head and scores it, I feel like this needs to be looked at by UEFA.’

Whether or not Messi faces action, Liverpool face a tough task to overturn the first leg deficit when they host Barca in the return game at Anfield next Tuesday.