By Reuters And Abdi Rashid For Mailonline

Kylian Mbappe will take part in France’s friendly against South Africa on Tuesday after recovering from an ENT infection, coach Didier Deschamps said on Sunday.

‘He is much better, he will be there on Tuesday,’ Deschamps told French TV channel TF1.

He did not specify whether Mbappe would start the game.

Mbappe has been in fine form for club and country this season, with 26 goals and 17 assists in 37 appearances.

His current contract with PSG is set to expire in the summer and is currently free to agree a pre-contract agreement with clubs outside of France. 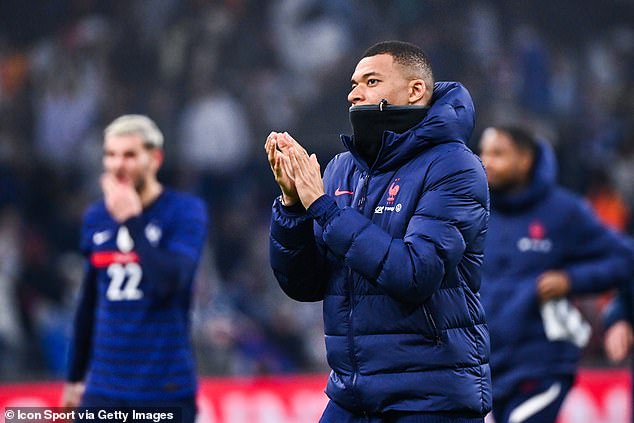 Real Madrid were said to have three bids for the World Cup winner rejected last summer and could return for him at the end of the season.

Earlier this week, reports claimed Barcelona have joined Real in the race for the 23-year-old.

But the club’s president Joan Laporta insisted his side will not sign Mbappe if it risks their team spirit.