Didier Deschamps has asked for Christophe Galtier to rest Kylian Mbappe in some games ahead of the start of the Qatar World Cup in November, with sides across Europe faced with hectic fixture congestion over the coming months.

The French national team manager has called for his superstar to be given the chance to ‘breathe’ in between games, but the PSG boss has not considered allowing arguably his best player to move to the bench.

Mbappe has begun the campaign in scintillating form, with 10 goals in nine games already, and despite his startling run Deschamps will be keen for his forward to make it to Qatar fully fit.

He told French outlet Telefoot: ‘I know he [Galtier] still wants to play Kylian. But from time to time: to be able to breathe a little bit, to have a few good minutes less, it won’t fail him, quite the contrary.’ 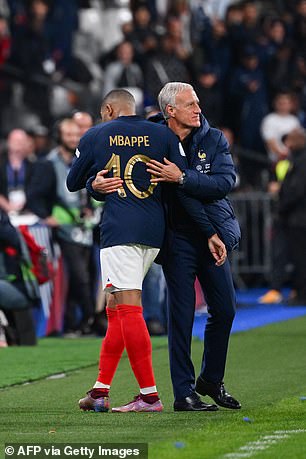 Deschamps wants his star to be given the chance to ‘breathe’

The evident world-class quality that the 23-year-old brings to his already star-studded side will perhaps not be too sorely missed in Ligue 1.

However his side are still to play four further matches in the Champions League, where Galtier will surely want to field his strongest side to give the best chance of progression.

Of a possible 810 minutes from nine games so far, Mbappe has featured for 767, highlighting how loathe the French boss is to risk not deploying his brightest attacking outlet, despite not being in the squad for the first game of the season.

But it would seem that Deschamps himself is unwilling to rest the 23-year-old, after he played 90 minutes against Austria on Thursday night, and is sure to play a role against Denmark on Sunday night.

National team managers face a nail-biting two months, watching the progress of their stars through gritted teeth, wincing at the slightest gust of wind in their direction. 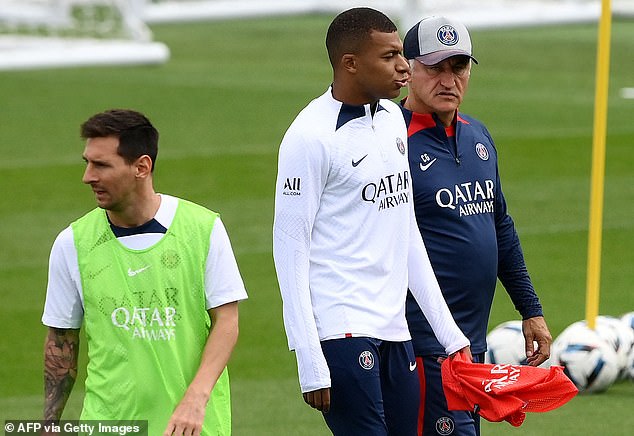 Mbappe’s team-mates Neymar and Lionel Messi are also sure to prove vital to their respective nations’ hopes at the tournament, and between the three of them, they have combined for an unbelievable 43 goals and assists.

The former Monaco speedster has been the basis of Deschamps success in charge of his country, and starred as Les Bleus won the 2018 World Cup in Russia.

If they are to have a hope of coming anywhere near matching that achievement in Qatar, then they will need him to be fresh and at his best. 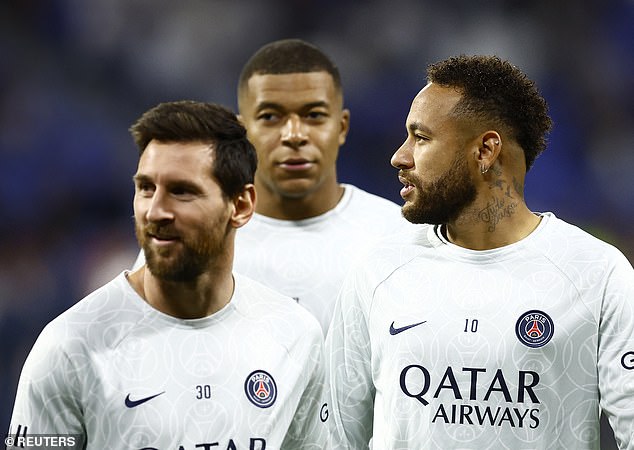 Mbappe, Neymar and Lionel Messi are all set to feature heavily for their side’s in Qatar