An old run-down 1920s home has been remarkably transformed into a stunning modern dream home.

The property looks so different it could be mistaken for a completely new home rebuilt after a knock-down.

The beautiful double-story home was bought for $672,000 this time last year when it was just a tiny worker’s cottage.

Now this Queensland stunner is set become someone’s new home when it goes to auction in March. 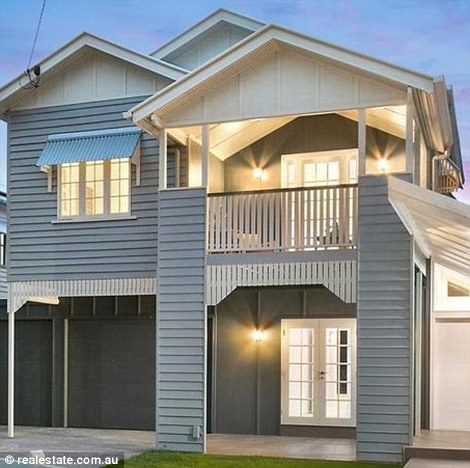 This newly renovated home at 123 Swan Street Gordon Park has been remarkably transformed since it was purchased last year for $672,000, pictured before and after

The older version of the property, while neat, featured a shabby driveway and garage, old furnishings, rusty doors, and old lino flooring.

The newly renovated property in dramatic contrast is the epitome of modern living with European oak flooring and ducted air-conditioning.

The outside features a remarkable entertaining deck with a barbecue in contrast to the non-existent deck on the old property. 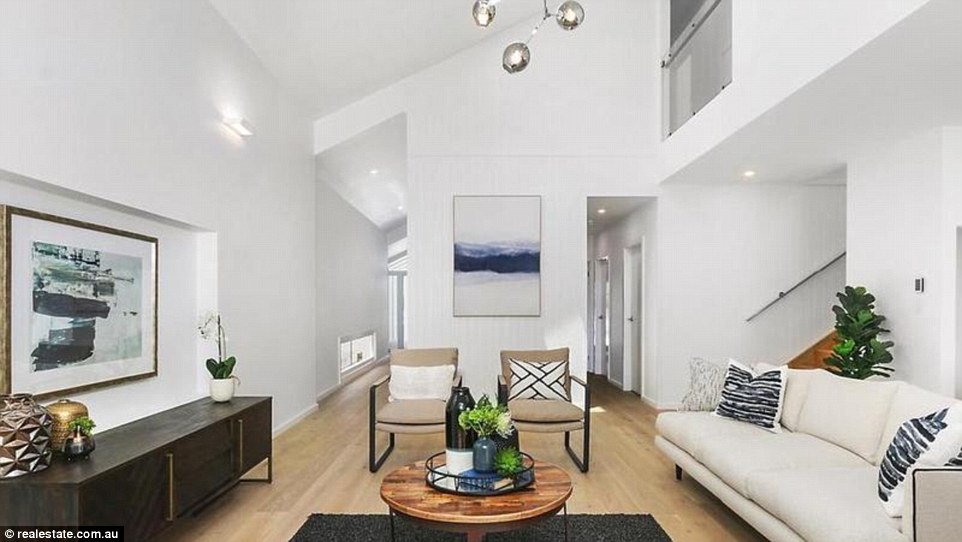 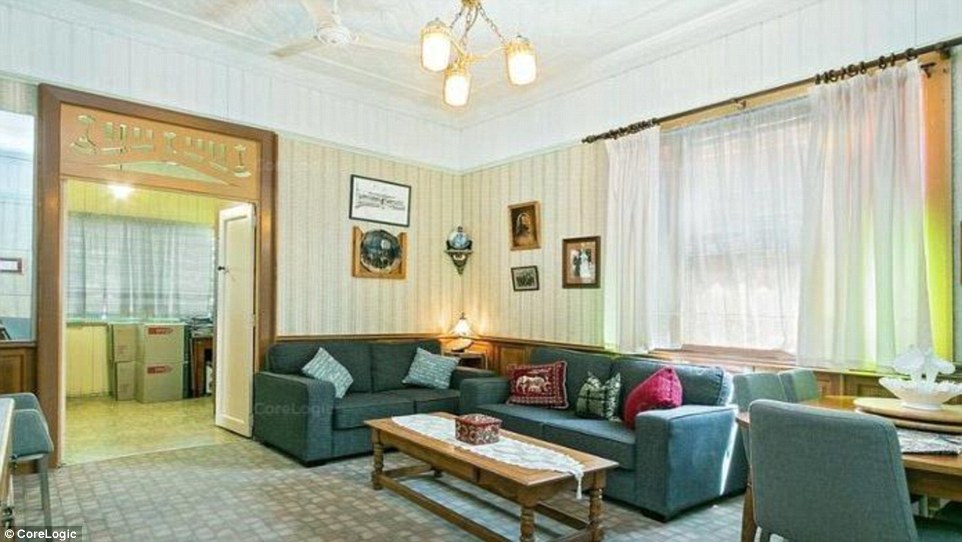 The old living room had old lino floors, tiling and lighting and had a very old feel about it

The lovely pressed metal ceilings and roses are just about the only features of the older property that have been maintained.

The newer version also includes an extra bedroom, an electric front gate and double-lock-up garage and a front deck perfect for a coffee overlooking the parklands. 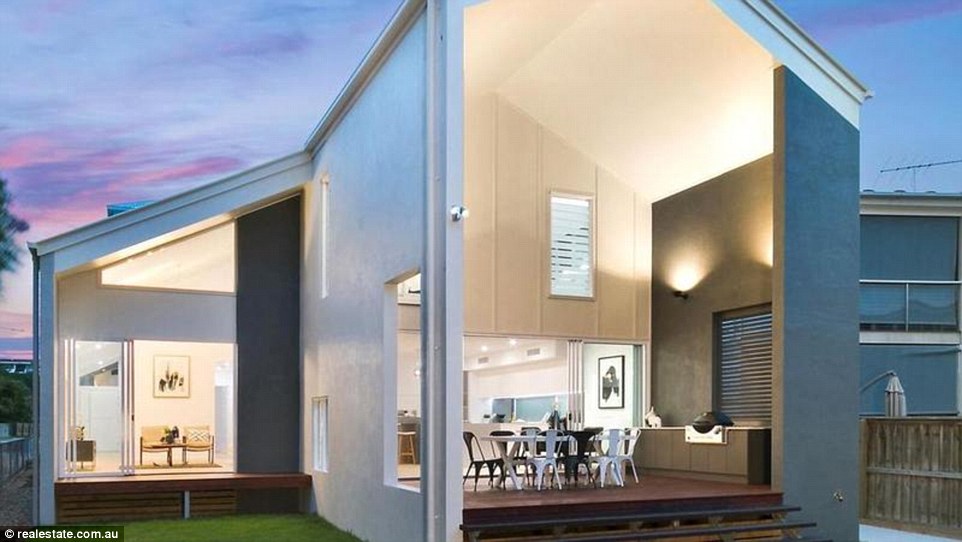 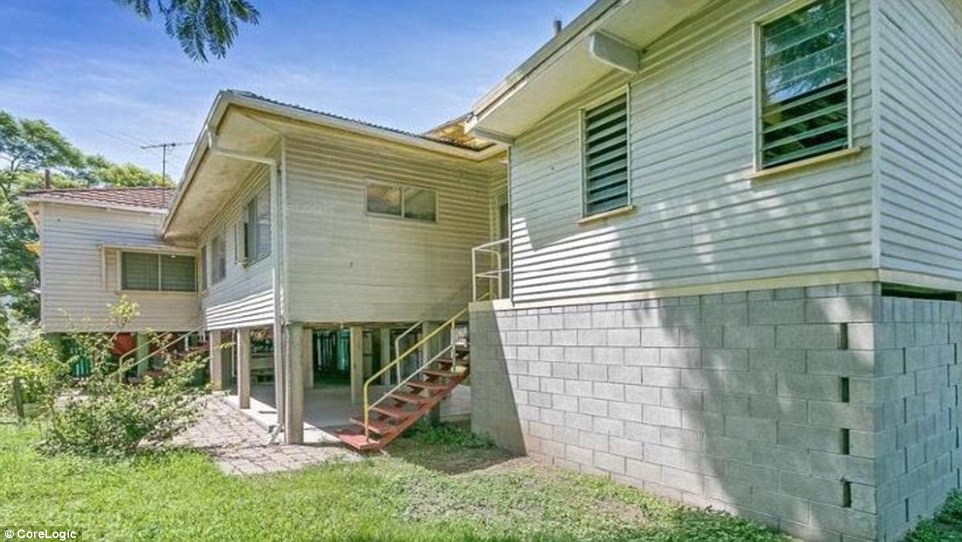 The luxury property has also been renovated to include a fancy master suite including an en suite and stand-alone bath.

Garry Jones from McGrath Estate Agents Wilston said the owner designed the renovations herself and they were completed within seven months.

‘As the project grew too big for one person, she decided to sell,’  he said.

He expects the property will ‘charter new prices’ and is ‘very different’  in character from other properties in the area. 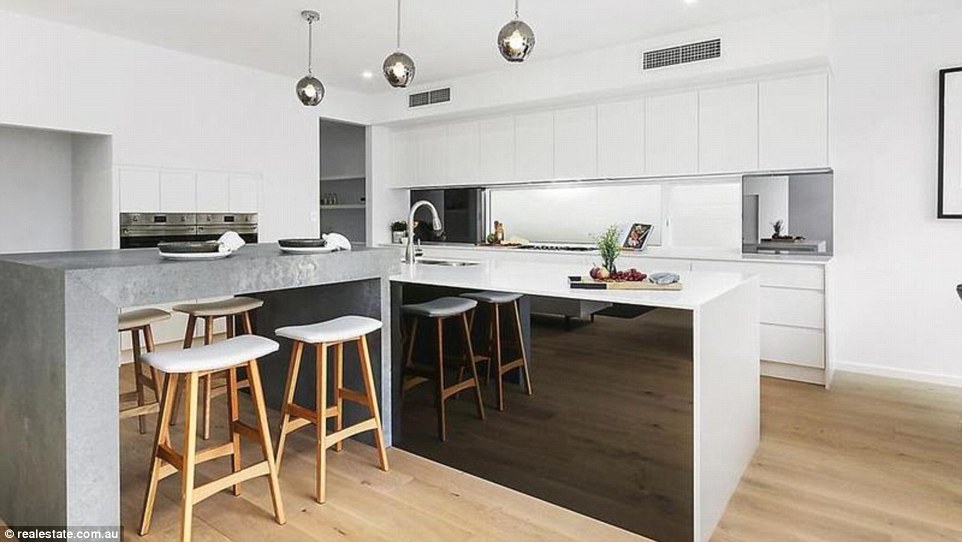 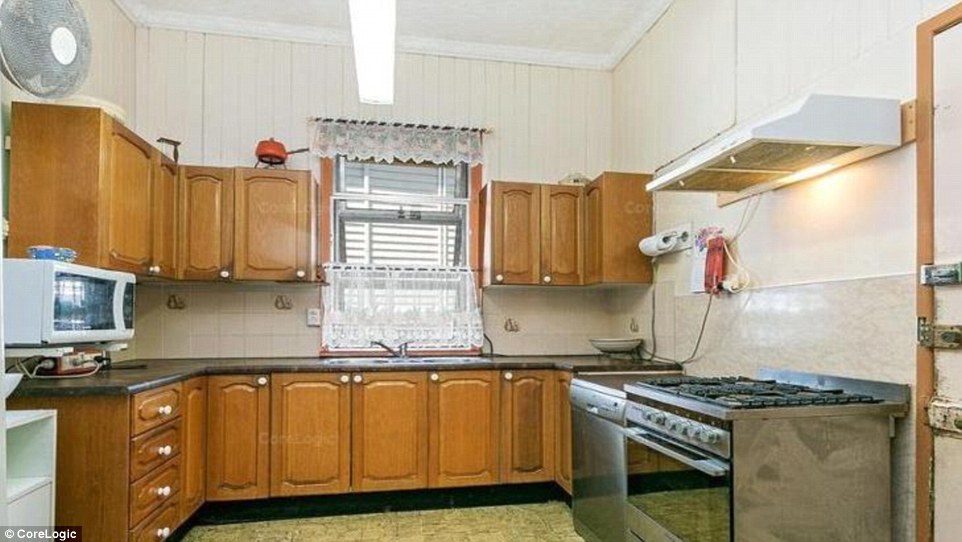 In contrast, the old kitchen although neat, had old wooden cupboards and flooring with very little space

The property, located near parklands with easy access to the major tunnel network, is 20 minutes from the Central Business District of Brisbane.

The home at 123 Swan Street Gordon Park is scheduled for auction on March 17 at 10am. 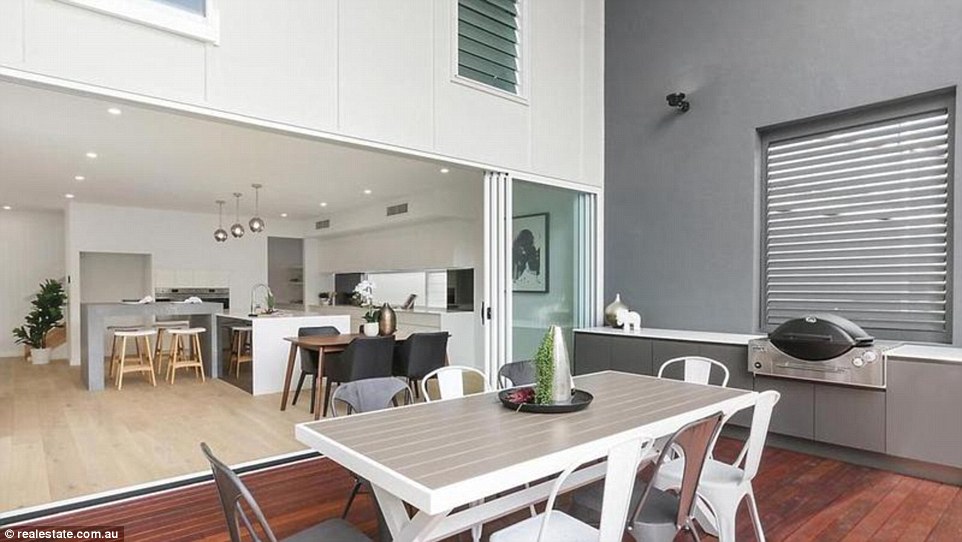 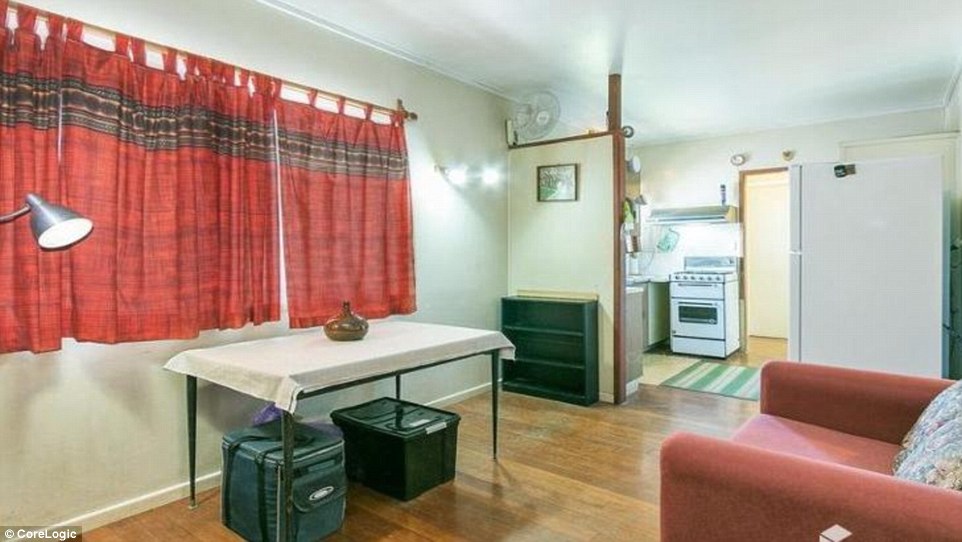 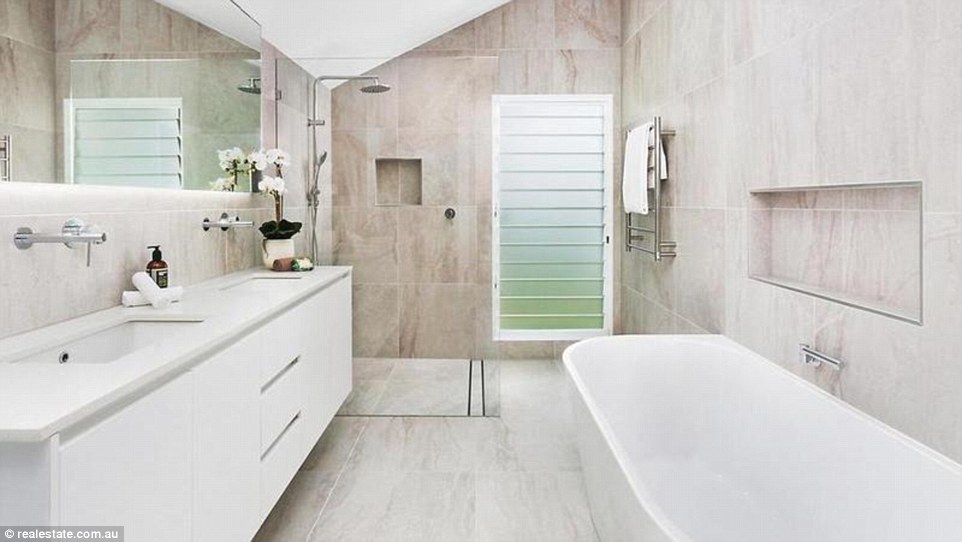 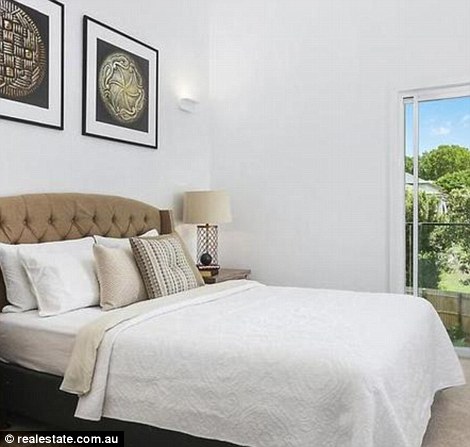 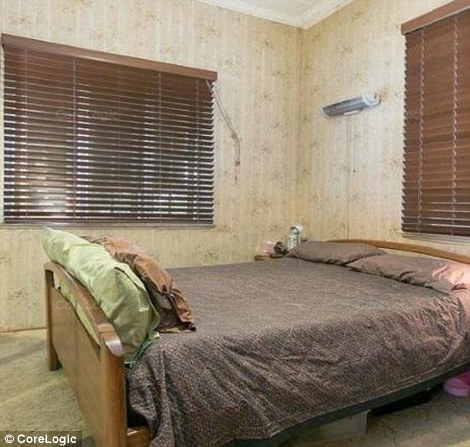