Dimetrius Pairama, 17, tortured and murdered in Auckland by transgender woman and man

Two people who kidnapped, tortured and hanged a 17-year-old girl in an abandoned house have been found guilty.

Her body was found in a steel drum in the garden of the state house.

The group, who knew each other, had met up at Burger King in Auckland’s CBD with two other teenagers before getting the train together to the empty house where they planned to stay the night.

Once inside, Winter and Te Amo turned on the young girl and violently assaulted her.

At some stage during the assault, police constable Riki Naera knocked on the door of the house while looking for a previous tenant in an unrelated inquiry.

The officer said he repeatedly asked the 17-year-old if she needed help but she refused and he left.

The assault then continued until the attackers held a ‘meeting’ and asked Miss Pairama how she wanted to die before hanging her.

Both Winter and Te Amo pleaded guilty to kidnapping – but during a three-week trial they each blamed the other for the murder.

She first claimed she helplessly watched her ‘sister’ being hanged by Te Amo, reported RNZ. 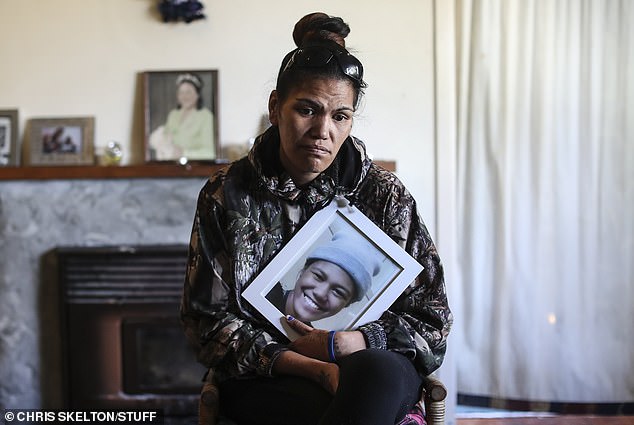 But then she admitted to punching and slapping Miss Pairama because she heard the teenager was spreading rumours about her and because she blamed her for a past assault.

Te Amo, whose DNA was found on one of several makeshift nooses at the property, claimed his only role was to cut Miss Pairama’s body down and put it in the drum outside.

His defence lawyer Shawn Tait told Auckland’s High Court that the fact Miss Winter was transgender was important to the case.

‘In a trial involving assaults and violence it’s important we appreciate that she’s not in there slapping and hitting like a dainty fish – she’s in there with big fists and the strength of a male,’ he said.

But on Monday a jury found that both defendants were to blame for the murder.

Much of the evidence used by Crown prosecutors came from a 14-year-old who was granted immunity from prosecution in exchange for testifying.

The teenager claimed she saw and heard the ‘really angry’ Winter beat Miss Pairama and shave her hair off.

The girl said she tried to help Miss Pairama escape by giving her clothes back but the victim refused her help. 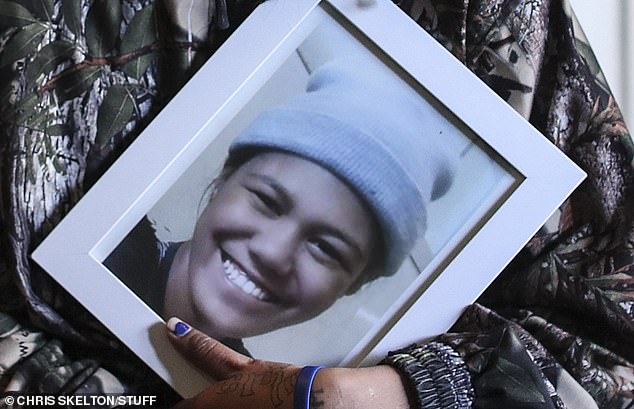 Miss Pairama (pictured) was often seen at Auckland City Mission asking for meals and help with a group of peers. She slept on the pavement outside at least once

She said the attackers asked Miss Pairama if she wanted to be stabbed or hanged.

She said she went into the living room while they killed her before Winter opened the door to reveal Miss Pairama hanging, reported Stuff.

‘After that they wrapped her and took her to the back. They were about to burn the house but they didn’t go through with it,’ she said.

Police video showed the girl being interviewed. ‘She was crying stop but they wouldn’t stop. They just kept going,’ she said.

Miss Pairama was raised by her paternal grandparents in Northland but when her grandfather died in 2016 she spent time living with her mother and stepfather.

She was often seen at Auckland City Mission asking for meals and help with a group of peers. She slept on the pavement outside at least once.

The girl’s mother Lena Hetaraka-Pairama remembered her daughter as a ‘happy, bubbly’ girl.

‘She would make friends with everyone,’ she said. She wanted to be the prime minister of New Zealand, she was going to be rich and buy a house.’