Dino Danelli, drummer for Rock and Roll Hall of Fame inductees The Rascals, dies at the age of 78

Dino Danelli, the drummer for the 1960s hitmakers and Rock and Roll Hall of Fame inductees, The Rascals, died on Thursday, December 15, in New York City at the age of 78.

The announcement confirming his passing was first made on the band’s official Facebook page, and followed up by a statement from the band’s former guitarist Gene Cornish.

Danelli, a Jersey City, New Jersey native, who kept the beat behind the drums for the band’s entire nine-album run, had been called ‘one of the great unappreciated rock drummers in history.’

Heartbreaking: The Rascals official Facebook page confirmed drummer Dino Danelli passed away in New York City on Thursday, December 15, at the age of 78

‘Our beloved Dino passed away today. I will say more in the near future about his incredible talent and share experiences from his life he relayed to me, as well as ones we spent as friends and collaborators,’ it began on The Rascals Facebook page.

‘I hope you will all continue to appreciate his talent and send him your love. Thank you for supporting his various endeavors throughout his career. You all made it possible for him to live his dream, which was to be a musician and artist.’

The posted ended with ‘Blessings to you all’, and was attributed to Joe Russo, who is listed as Dino Danelli’s spokesman.

About an hour after the band’s official announcement, Cornish, 78, took to his Facebook page to share a tribute, writing, ‘It is with a broken heart that I must tell you of the passing of Dino Danelli. He was my brother and the greatest drummer I’ve ever seen. I am devastated at this moment.’

He ended with a message to his friend and former colleague: ‘Rest In Peace Dino I love you brother. ‘

Message of love: The Rascals official Facebook page asked fans to ‘continue to appreciate his talent and send him your love’ 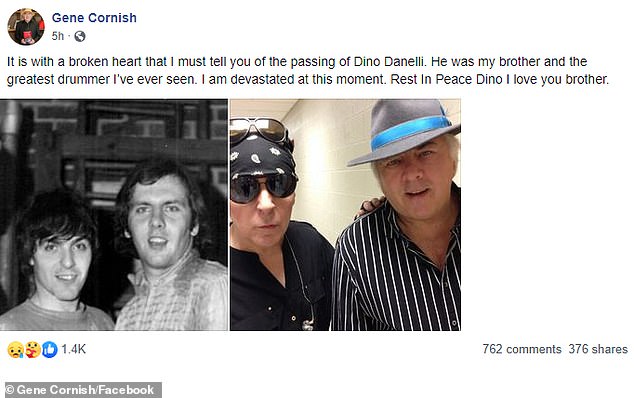 Tribute: The former guitarist for The Rascals, Gene Cornish, called Danelli ‘the greatest drummer I’ve ever seen’ and ‘my brother’

Danelli was gigging around with different players before connecting with Cornish, Felix Cavaliere and Eddie Brigati to form The Young Rascals out of Garfield, New Jersey in 1965.

They would go on to release their first three studio albums by 1967 as The Young Rascals. But due to legal reasons, the band would shorten the name to The Rascals for their fourth record, Once Upon A Dream (1968), which lasted until their breakup after their ninth studio album, The Island Of Real (1972).

Cornish and  Brigati ended up leaving the band after their seventh LP release, Search and Nearness (1971), but Danelli and Cavaliere would stay on for The Rascals’ entire run.

Their long list of hit songs includes I Ain’t Gonna Eat Out My Heart Anymore, Good Lovin’, Groovin’, People Got To Be Free, How Can I Be Sure, A Beautiful Morning, A Girl Like You, A Ray Of Hope, See, Call Me Back and Glory Glory. 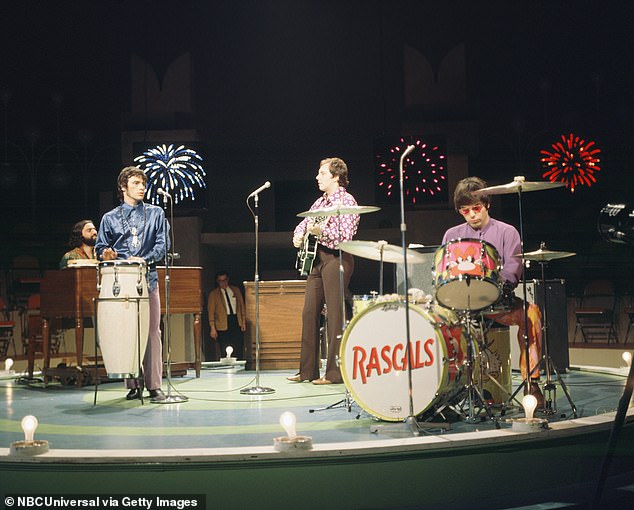 Short but sweet: Initially known as The Young Rascals, the band would release seven albums with the original lineup of Cavaliere, Cornish, Brigati and Danelli, and two more with just Cavaliere and Danelli between 1966 and 1972

The group’s original lineup reunited in 2012 for their first public performances in over 40 years with The Rascals: Once Upon a Dream, a combination concert/theatrical event that was produced and directed by Bruce Springsteen’s E Street band guitarist Steven Van Zandt and Maureen Van Zant.

Little Steven, as he is known, would go on to induct The Rascals into the Rock and Roll Hall of Fame on May 6, 1997, and present them with their awards.

All four original members appeared together to perform Good Lovin’, Groovin’, How Can I Be Sure, and People Got To Be Free at their induction ceremony.

According to App, there will be no formal funeral for Danelli, according to Joe Russo, who is in charge of Danelli’s affairs. 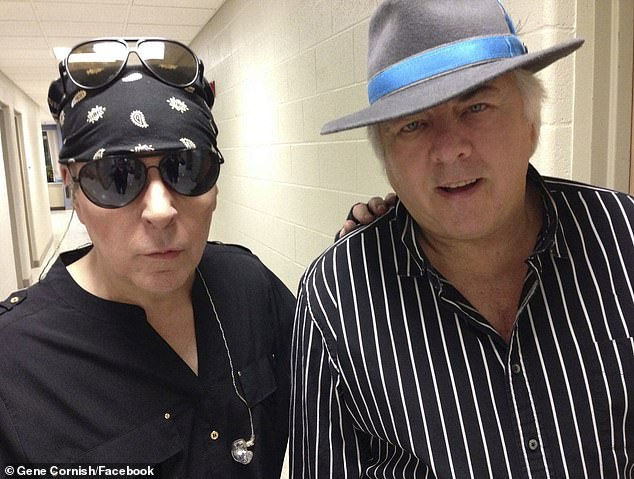 RIP: According to App , there will be no formal funeral for Danelli (left), according to Joe Russo, who is in charge of Danelli’s affairs; Cornish is seen on right with Danelli