A disabled street performer turned his short arms into a money maker when he put on a T-Rex mask to transform into a drumming dinosaur.

Jesus Guadalupe, 24, is the man behind the mask and he makes his living off drumming on buckets.

Guadalupe was born with a condition called Phocomelia which causes underdeveloped limbs.

For the past six years, Guadalupe has taken to the streets to entertain New Yorkers and millions of tourists.

Jesus Guadalupe, 24, is the man behind the mask who makes his living off drumming on buckets. 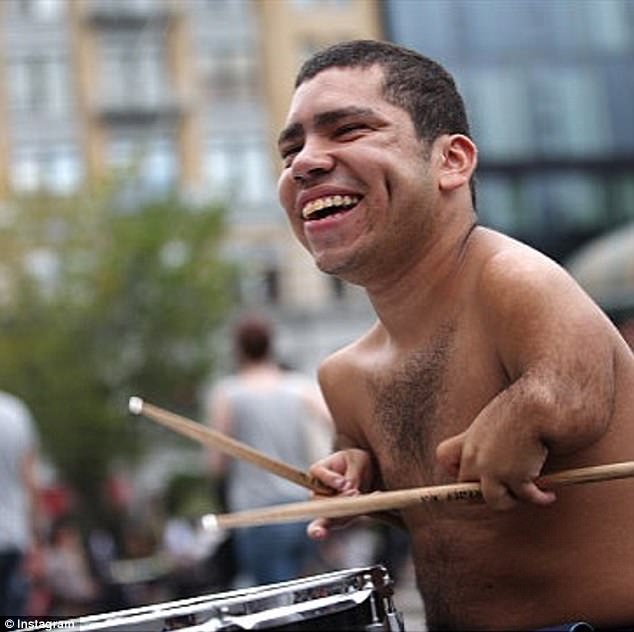 Phocomelia is a condition that involves malformations of the arms and legs.

The symptoms of phocomelia syndrome are undeveloped limbs, absent pelvic bones and fused fingers and toes

Although operations may improve some abnormalities, many are not surgically treatable due to the lack of nerves

In the video, the man makes light of his condition by putting on a T-Rex mask and imitating the dinosaur that’s infamous for its short arms.

He drums on two buckets while sitting on milk crates making him a sight to see for passerbys.

Guadalupe taught himself how to drum in high school because he said he wasn’t ‘anatomically correct’ for any other instrument.

At 18, he was homeless and didn’t have a care in the world.

It was then that Guadalupe saw a man playing the drum buckets and fused his disability with his skill to make a living.

He said in an interview with New York’s Got Talent, ‘My arms are little and my ego is big.’ 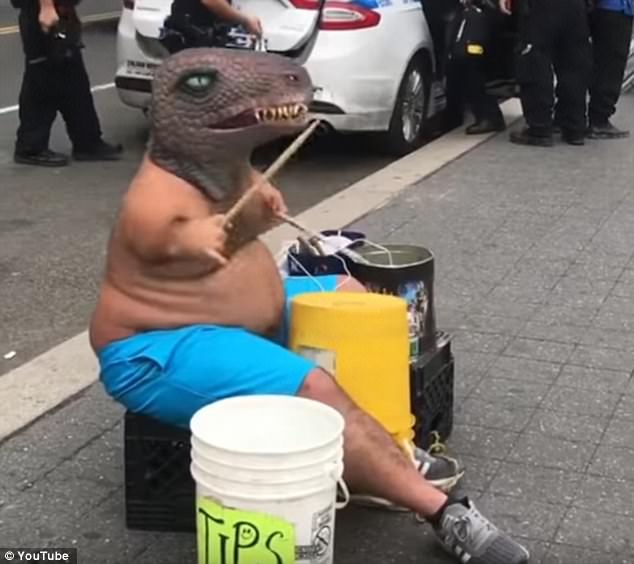