A disabled tenant is fighting a serious infection after his public housing flat was flooded with raw sewage for the fourth time since March.

Tony Scott’s carer Claire McCrackan was forced to clean up the mess in the bathroom of his housing commission apartment in Adelaide.

Disgusting images and video taken from inside the home show the dirty water coming up through the drains, flooding the floors and bath tub.

Claire McCrackan (left) is Mr Scott’s carer and has looked after him since 2017, she has called for a disability liaison officer to be appointed to work with Housing SA

Mr Scott, who suffers from a rare genetic disease, was taken into hospital after he suffered a bacterial infection transmitted through faeces after the latest flood on March 13.

‘So here we are in a pandemic with an extremely vulnerable man in s**t from every unit flowing through his flat. ‘

The 65-year-old has lived in a public housing complex designed for people with disabilities for 39 years and doesn’t want to leave his home.

Mr Scott’s carer, Ms McCrackan, said it was a surreal experience to be sterilising door handles and cleaning up the flat again.

‘I felt nauseous, I felt sick, we took some 60 buckets of s****y water and bucketed it out and it’s like where do we put it?’ she said,’It flooded so badly it flowed out the front door.’ 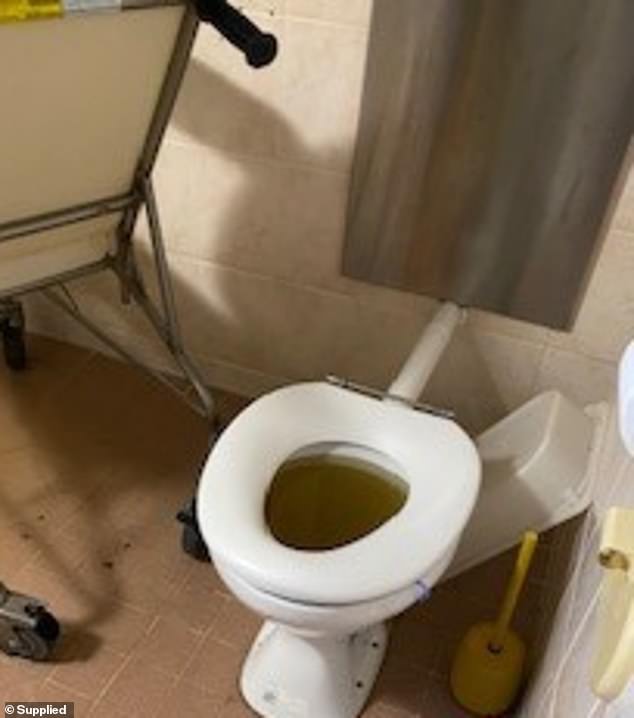 Pictured: Raw sewage has come up through the drain into Mr Scott’s toilet multiple times leaving him unable to go to the bathroom for at least five hours

Ms McCrackan said Tony doesn’t have ‘that long left’ and just wants peace and quiet: ‘I shouldn’t have to move him, he can’t live in an unfamiliar environment, it frightens him. 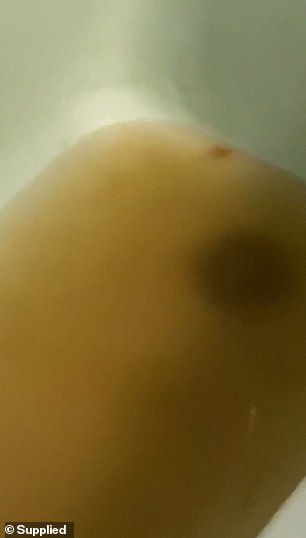 The plumbing problems aren’t isolated to Mr Scott’s flat, his carer found out a neighbour has reported cigarette butts coming up through the drain into the shower.

Mr Scott’s carer is disappointed the authorities only seem to care when she jumps up and down and wants something positive to come from speaking out.

After being contacted by Daily Mail Australia, a Housing SA spokesperson said they were working as quickly as possible to resolve the maintenance issue, and regret any inconvenience caused to the tenant.

They have a team assessing the drain and will offer Mr Scott a permanent relocation if ‘lengthy and disruptive’ repairs are required.

Ms McCrackan said although the complex was originally built for tenants with a disability, there are only a few disabled people living there now, many residents are out of the judicial system or have addiction issues.

She would like to see the flats revert back to being primarily for people with disabilities and a rapid response developed for the block so nobody else has to suffer through the same situation. 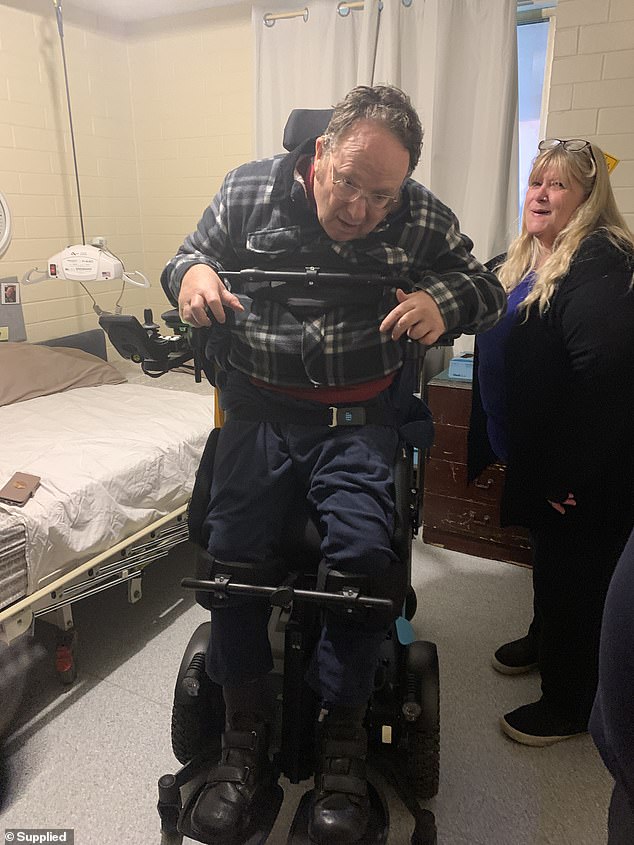 Lyn Gray (right) is also one of Mr Scott’s carers who help him shower, get dressed, prepare him meals and take him on outings