Dishes as sweet as your first kiss

Flor, with its open kitchen and small plates, natural wines, bare brick walls and endless jars of pickles (home-made, of course), is not exactly breaking new ground. In fact, I’ve seen variations on a similar theme from Los Angeles to Tokyo, via Copenhagen, Barcelona and Seoul. Laconic, laid-back service from young, charming enthusiasts; an eclectic soundtrack, blasted pretty loud, that shimmies between Eighties classics and the twang of vintage rock. Plus, an in-house bakery that churns out everything from sourdough bread (made with a five-year-old starter) to raw cream buns and brioche.

But then Flor is somehow different, a cut above the quasi-industrial norm. Mainly because it’s the new place from the fellas behind Lyle’s, an East London restaurant of near-legendary allure. James Lowe is one of the country’s most talented chefs, and John Ogier, his business partner, as well schooled in front of house as he is in the more naked end of the wine world. Both are in today, along with the likes of Isaac McHale (off duty), another supremely talented chef, and Lowe’s fellow Young Turk from a few years back. I’m lunching with Sam Hart, an old friend and co-owner of Barrafina, Quo Vadis and El Pastor. Pretty much next door. 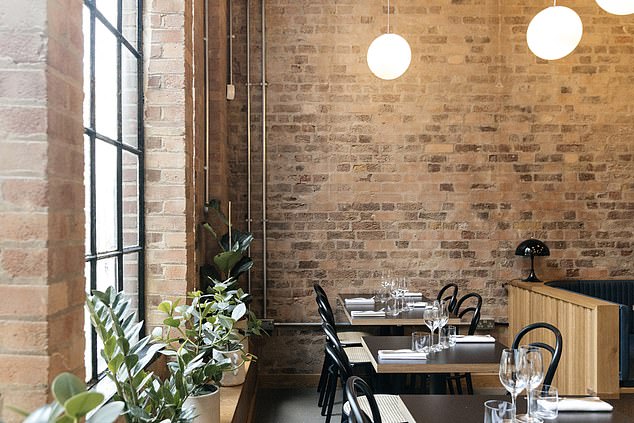 Flor, with its open kitchen and small plates, natural wines, bare brick walls and endless jars of pickles, is not exactly breaking new ground, but it is a cut above the quasi-industrial norm

‘I’m grumpy,’ he says as I rush in, late and gleaming with sweat. Not so much in perfectly justified reaction to my tardy arrival. Rather, he’s given up drink for a month in preparation for some epic bike ride. And wants to be on holiday. Join the club. But there are certainly worse places to be than here, on the ground floor, a few yards from the holler and bustle of Borough Market. There’s a holler and bustle in here too. Space is short, but not crowded. Enough room to swing a kitten rather than cat. We eat pristine rock oysters, cool and gently saline, with a splash of Scotch bonnet mignonette. The chilli, far from overwhelming with heat, is subtly fruity, with a sly, slow warmth. It brings out the best in the bivalve.

Then the red prawns, a dish already spoken of in hushed tones by the food illuminati. First, the body, peeled, wobblingly translucent, blissfully creamy and as sweet as your first kiss. Sea buckthorn dressing adds a quiet sharpness, although these babies need little embellishment. The heads are served separately, left with a chunk of flesh attached, to suck and slurp and chew. Sam, a man on closer terms than most to these crustaceans (Barrafina were among the first to bring in the really good ones), nods his approval. ‘As good as they get.’

More fish, this time anchovies, deep brown and deeply flavoured, on toast, draped with an alabaster handkerchief of lardo. Phroahh. Surf, turf, crunch, punch, munch. An inspired pairing, richly seductive, with the merest wink of filth. Rather more classic, but no less wonderful, is a tomato tart, the pastry as delicate as it is brittle, the tomatoes half dried, for added intensity, all sitting on a silken aubergine mess. It’s finished with cool crumbles of fresh feta. Summer loving in a crust. There’s true art in this kitchen. 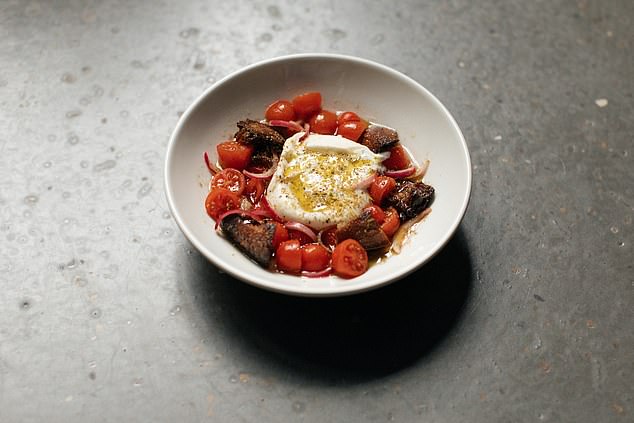 James Lowe is one of the country’s most talented chefs, and John Ogier, his business partner, as well schooled in front of house as he is in the more naked end of the wine world

Fluffy, blistered flatbread is topped with juicy clams, garlic butter, a blizzard of cow’s cheese and a big slug of umami. While lamb ribs see soft nuggets of serious meat nestled among a charred mass of exceptional fat. We gnaw the bone clean. Even pudding, a sort of Mr Whippy made from ricotta, is smooth and exquisitely salty, with a sharp sorrel granita and a pool of verdantly hued but lightly flavoured fig leaf oil. Oh, and a hunk of beautifully kept Comte too. I drink a glass of Augalevada Eiravedra, a Biodynamic Galician white that is clean, brisk and ever so slightly saline. So in short, a class act, from start to end. Sensibly priced too. ‘That was good,’ says Sam. ‘Really very good indeed.’ I nod. ‘But then it is that lot from Lyle’s. So no surprise really.’ Yup. No surprise at all.