The California theme park is expecting extremely long lines when the Millennium Falcon: Smugglers Run ride debuts on May 31 on the opening day of the Star Wars: Galaxy’s Edge world where it’s located.

So those unable to undergo a lengthy wait without a comfort break can request a pass for the toilet and return to their place in the queue.

According to Travel and Leisure, the passes will be claimed from members of staff at Disneyland and will come in the form of a lanyard the guest wears around their neck.

Those with passes will re-enter through the fast-pass line rather than at the back of the normal queue.

They will then wait in this line and then in a holding area until they meet up with the rest of their party.

A similar process was put in place when the Avatar Flight of Passage attraction opened at Disney’s Animal Kingdom park in Florida in May 2017, where some queued for a bladder-bursting six hours. 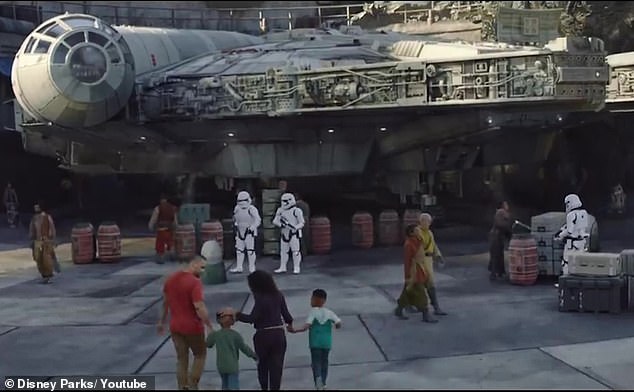 The California theme park is expecting extremely long lines when the Millennium Falcon: Smugglers Run ride debuts on May 31

The Smugglers Run attraction is a massive replica of the Millennium Falcon where guests can roam the ship’s halls and engage in a dogfight with Tie Fighters.

Another attraction called Star Wars: Rise of the Resistance will open later in the year.

In addition, the same Star Wars: Galaxy’s Edge land will open for visitors to Florida’s Disney World Resort on August 29.

At both parks, guests will also be able to build their own personal droids and lightsabers and feast on Star Wars-style food and drink. 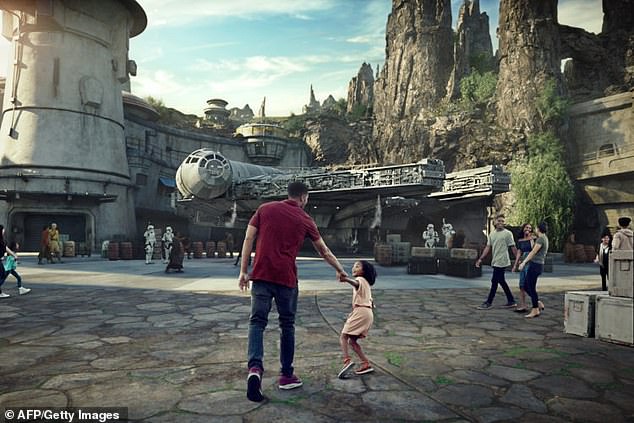 He said: ‘You will not think you’re in a theme park.

‘Every cast member will be in character, the food and beverage and language will be in-story.

‘The merchandise inside the shops won’t be in boxes that say Disney on them. Everything is very, very immersive.’