Distraught man, 36, kills himself after his service dog was mauled to death by an alligator

Distraught man, 36, kills himself just one day after his beloved service dog was mauled to death by an alligator in Florida

A distraught man has taken his own life just one day after his beloved service dog was killed by an alligator.

Andrew Epp, 36, was found dead last Saturday, less than 24 hours after his chocolate colored lab, Java, was mauled to death by the reptile at Dog Leg Park in Palmetto, Florida.

Epp, who suffered from mental health problems, was outside a fenced area of the park with Java on Friday May 17, before the pup came loose from his leash.

The dog reportedly ran towards a marshy area nearby, and the fatal encounter with the alligator ensued.

One witness claimed she saw Java covered in blood and slumped over Epp’s shoulder shortly afterward.

‘I can’t imagine the anguish that guy was in,’ she told The Epoch Times.

Andrew Epp (pictured) was found dead last Saturday, less than 24 hours after his chocolate colored lab, Java, was killed by an alligator at Dog Leg Park in Palmetto 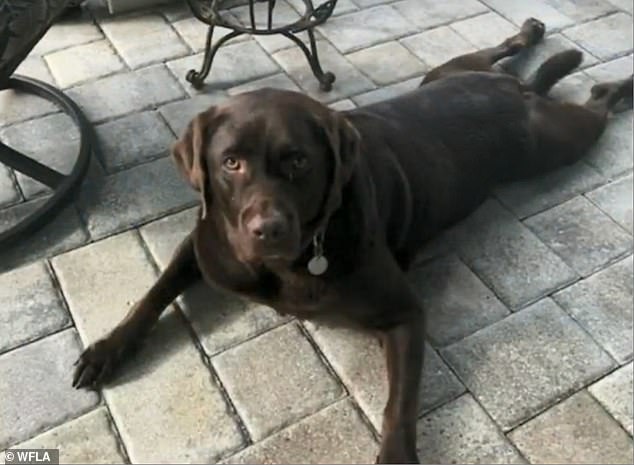 According to locals, three other dogs have been killed by alligators at the park in the past five years alone.

Epp, who lived with his mother, was so distraught by the dog’s death that his family ‘begged local health facilities to admit him’ for treatment in the hours afterward, according to a GoFundMe page.

They were reportedly ‘turned away and told that, because Epp wasn’t vocalizing that he wanted to hurt himself, the the earliest he could even see a doctor was August 2019’. 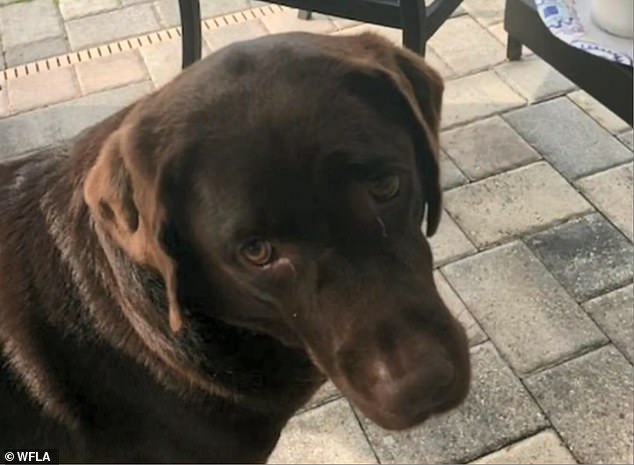 ‘It was just such a sad situation, he couldn’t deal with it’ one of his neighbors told WFLA.

He is being remembered as a ‘beautiful, gentle soul’ who ‘loved the outdoors, fishing, camping, horticulture and animals’.

The GoFundMe page has been set up to support Epp’s mother. who will now have to move in with another of her children. It has raised more than $4680.

The page does not mention how long Epp had owned his beloved dog.

Meanwhile, the alligator who killed Java has not been caught by local authorities.

However, officials have tried to combat further tragedies by installing warning signs and a gator trapper around the park. 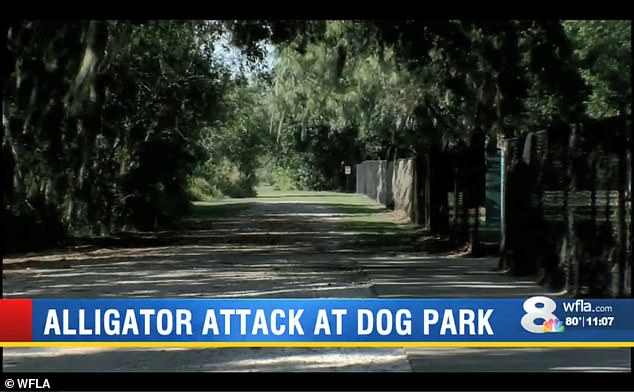 The incident happened at Dog Leg Park in Palmetto (pictured)