The parents of four people, including an architect from Ohio, who were kidnapped in central Mexico are begging their captors to release them.

A vehicle belonging to one of the three women was found abandoned on a road in the city of Tepetongo with no trace of the four victims.

On Thursday, Gutiérrez’s and Vargas’ parents issued video statements asking the public for help, but more importantly pleading to their kidnappers to release all four victims.

‘Don’t harm them, take everything they carry, but let them go,’ said the mother of Gutiérrez, who works for an architecture firm in Cincinnati. ‘We won’t ask for those who have them to be punished, but please return them to us.’

The parents of Irma Vargas, one of four people who have been missing since Sunday after visiting a bar in Zacatecas, Mexico, called on kidnappers to release their daughter, two nieces and an Ohio architect 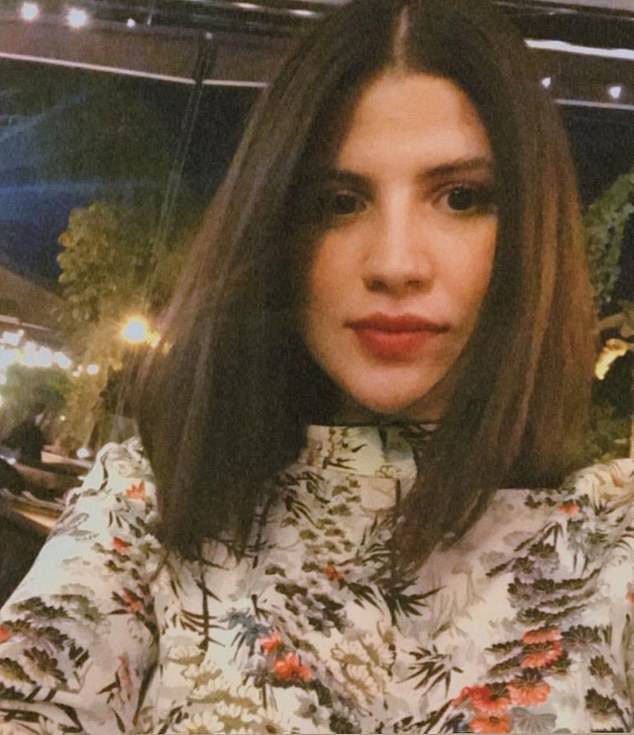 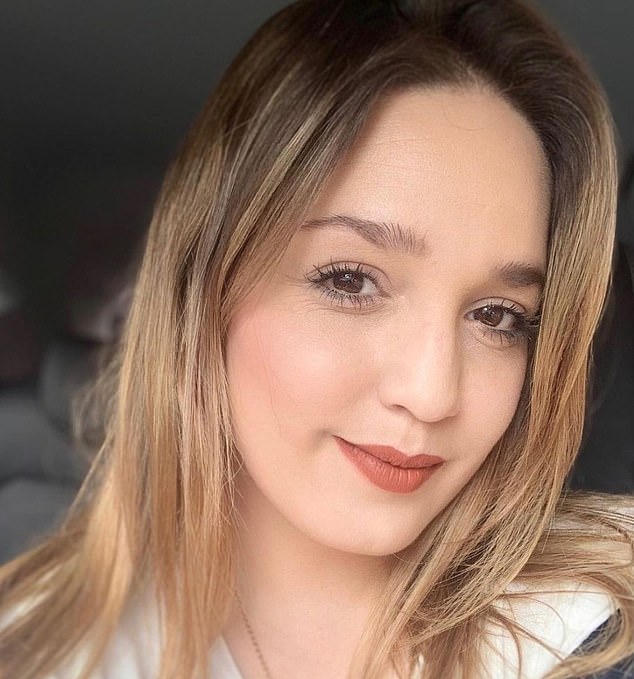 Daniela Márquez sent her location to her mother moments before she, her sister, a cousin and her fiancé went missing Sunday night

In a separate video, Vargas’ mother added that the disappearance of her daughter, two nieces and Gutiérrez, who had traveled to Mexico to spend the Christmas holidays with his fiancé, Daniela, was ‘an agony.’

The distraught mother said she received a text message from Vargas, who told her, ‘Everything is OK mom, we’re already arriving at Huejucar,’ a town in the state of Jalisco that is near the Zacatecas border.

‘There are no words, it is a tremendously painful, desperate situation, not knowing anything about your children,’ she said. ‘They are not even asking for a ransom, we don’t know anything, If they wanted the vehicle, let them take it and that’s it, but why hurt innocent people. It is a very big pain that I cannot explain.’ 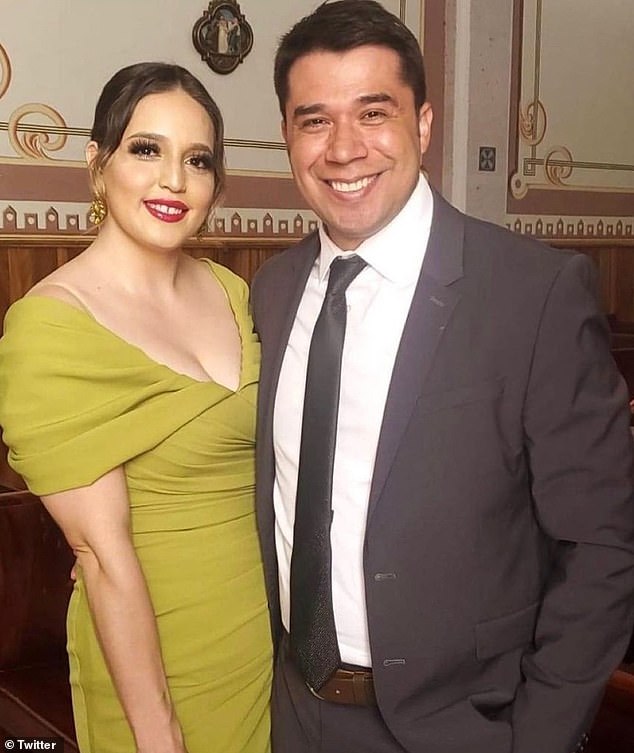 Daniela Márquez (left) and José Gutiérrez (right) were planning to get married in 2023 before they were reportedly kidnaped Sunday in Zacatecas, Mexico. Gutiérrez, who resides in Hamilton, Ohio, would travel Zacatecas a couple of times during the year to spend time with his fiancé 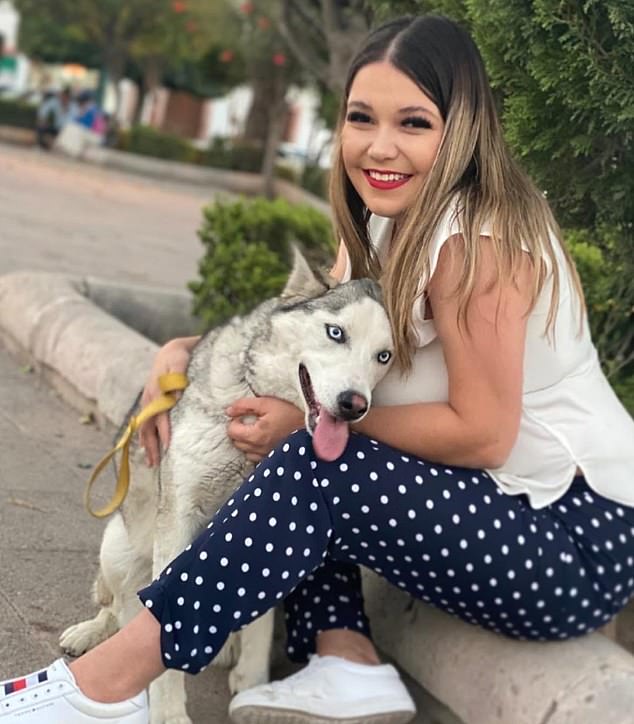 Friends and residents joined the families at a protest Thursday in which they called on the local and federal government to step up efforts in locating the group.

Vargas’ mother said authorities search the region on Tuesday and Wednesday, but only for three hours.

‘We have to be calling them to get information,’ she said. 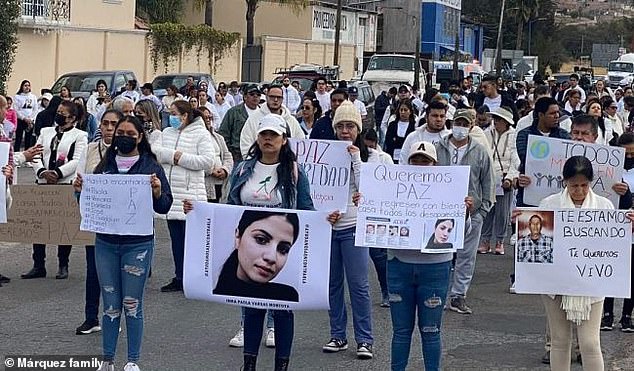 Friends and residents joined the families of Irma Vargas, Daniela Márquez, Viviana Márquez and José Gutiérrez and called on the Mexican government to ramp up efforts to locate them after they were reported missing Sunday in Zacatecas

Gutiérrez, a resident of Hamilton, Ohio and who has dual US-Mexico citizenship, flew to Zacatecas on December 22.

He would travel down about three times a year to spend time with Daniela, his sister Brandie Gutiérrez told Fox affiliate WXIX.

The concerned mother then received an alert on her cellphone about 100 minutes later in which Daniela shared her location in Vivoras, a neighborhood in the Zacatecas town of Tepetongo.

‘There were those who saw they were kidnapping them, there was a lot of panic, screams, but they didn’t get them out and they took the vehicle,’ Pichardo said.

Brandie told NBC affiliate WLWT that Daniela’s parents attempted to get near the location but were not allowed to do by cops because of how dangerous the area is.

According to government data released earlier this month, at least 666 kidnappings were reported from January to November 2022 in Mexico, in comparison with 625 in 2021.

The US Department of State has warned residents to stay away from traveling to Zacatecas due to crime and kidnappings.

‘Nowadays they will kidnap the innocent. It is a family that goes out for a walk, we no longer have that freedom,’ she said. ‘They’re quiet girls. They’re not headed down the wrong path. They have a life. Life is beautiful.’