‘They have pushed me to my limits’: Read the disturbing posts of a depressed dad hours before he stabbed his wife to death and wounded his 21-year-old daughter then took his own life

A murderous father left a series of disturbing posts on Facebook before killing his wife and seriously injuring his adult daughter then killing himself.

Michelle Kemp, 50, was stabbed to death at her home in Inverell in northern New South Wales about 2.20am on Monday.

Jennifer Michell, 21, was also found seriously wounded and airlifted to John Hunter Hospital in Newcastle where she is in a critical condition.

Her father Neville Michell was found dead at a house on the outskirts of town around 7.45am, having apparently killed himself.

Officers found Michelle Kemp, 50, (left) suffering critical stab wounds, and she died at the scene despite the efforts of paramedics. Neville Michell (right) was found dead in a house nearby

Hours before he brutally attacked his family, Michell left a social media post warning: ‘They have pushed me to my limits cant take anymore love you.s [sic]’ 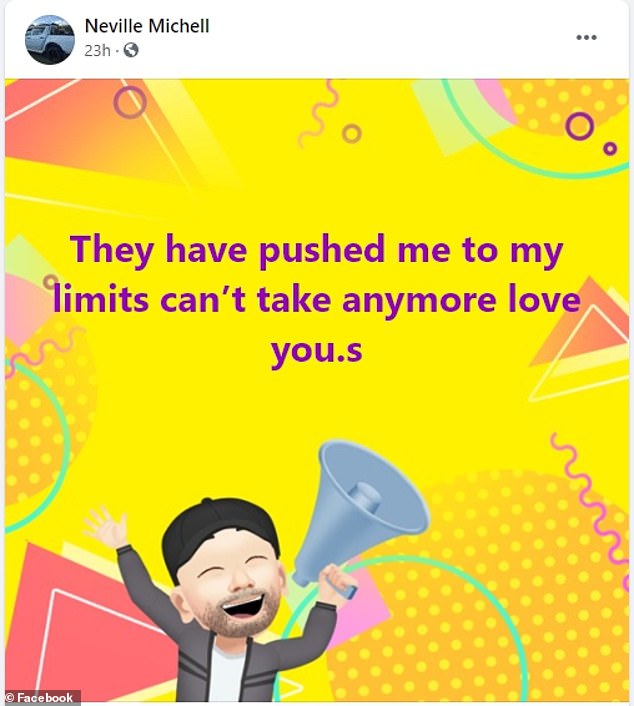 Hours before he brutally attacked his family, Michell left a social media post (pictured) warning: ‘They have pushed me to my limits cant take anymore love you.s [sic]’ 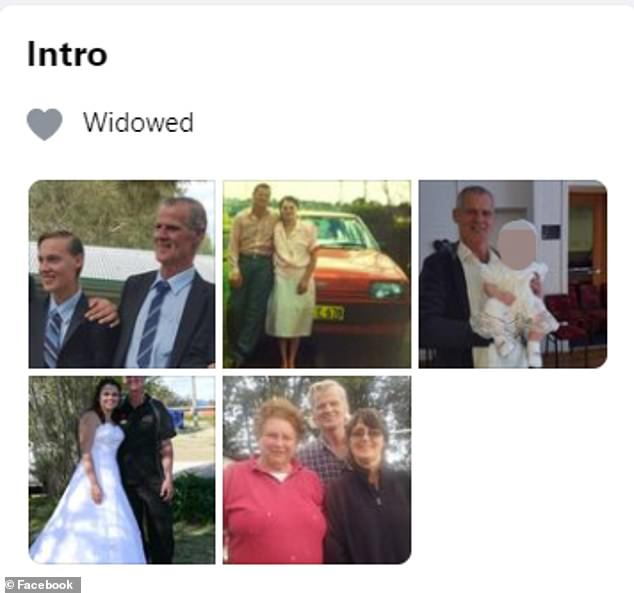 Above pictured of his family, Michell also changed his Facebook status to ‘widowed’ (pictured)

Locals said the couple’s relationship had been rocky in recent times.

Police established a crime scene and investigations are ongoing into how the attack unfolded.

Anyone with information is urged to call local police.