The captain and crew of this submarine got a shock as it left its naval base when a giant humpback whale showed its interest by spectacularly breaching right in front of it.

The submarine had been sailing out of South Africa’s naval base at Simon’s Town near Cape Town and had to navigate through a pod of the humpbacks when one leaped into view.

The majestic image of the 30-tonne fully grown 16m whale was caught on film by keen photographer Tracy-Lee Wise. 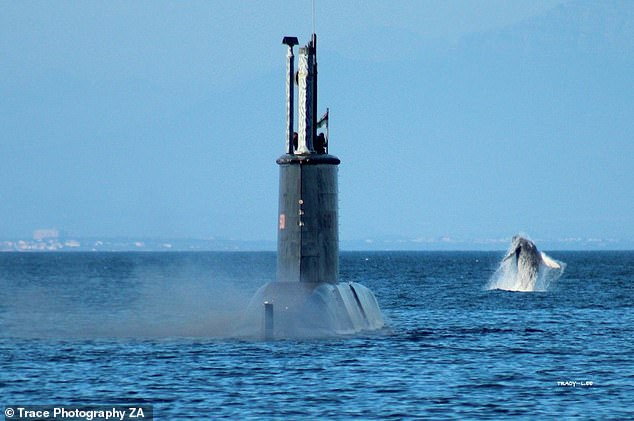 Photographer, Tracy-Lee Wise, had waited 15 minutes before the whale breached and captured the rare moment in three golden snaps

Ms Wise who spends most days on the beach snapping the mammals had lined up her lens for where she knew the whale was hoping that it would breach from the sea.

After a patient 15 minute wait the leviathan finally exploded from the deep and the keen photographer clicked three times – just as the submarine sailed into view.

Ms Wise  said: ‘It was a once in a lifetime pic snapping a whale in mid-air as a submarine heads straight towards it and I was delighted to have captured the image. 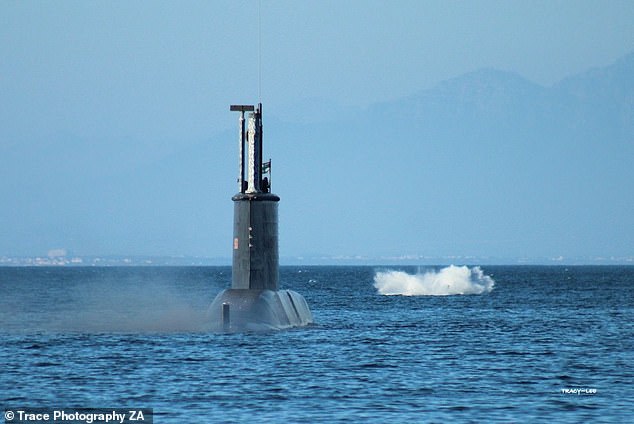 ‘I had been stalking the whales all day and was close to giving up but suddenly it all came together beautifully and I was just very lucky to be in the right place at the right time.’

Three of the German-built submarines in the South African Navy are based at Simon’s Town and the humpback whales are a regular sight off the base at this time of year – but rarely photographed together.

‘I had a very nice message on my Facebook from the wife of a crew member on the sub who had sent the photographs to her husband who showed the delighted captain.

‘I am planning to send a copy to them when they return to base to frame and hang in the submarine.’ 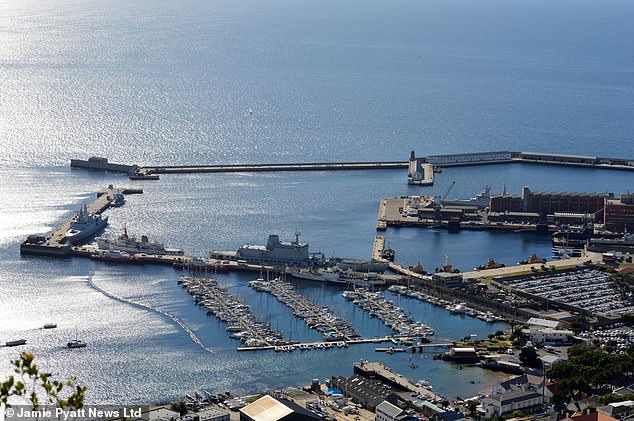