Tennis legend Margaret Court will not be presenting trophies at this year’s Australian Open despite it coinciding with the 50th anniversary of her Grand Slam sweep.

Court won all four grand slams – the US Open, French Open, Australian Open, and Wimbledon – in 1970 and also holds the record for the most grand slams won by a female player at 24 titles.

The 77-year-old has in recent years sparked controversy because of her strong opinions on same-sex marriage and transgender people.

Tennis Australia chief Craig Tiley confirmed on Wednesday she would be in the stands during any trophy presentations but added Court will still be honoured at the major – the first time she has attended the tournament since 2017. 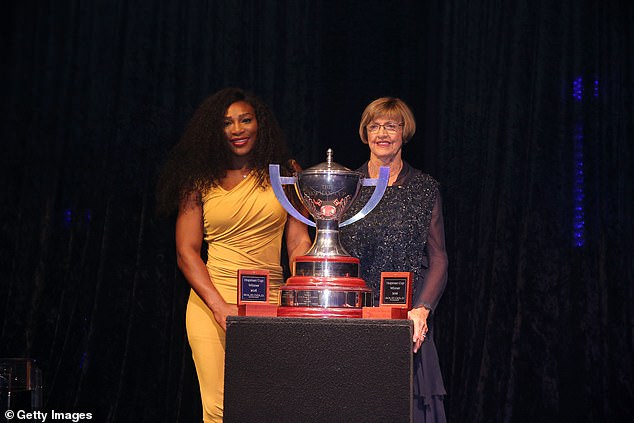 Serena Williams of the USA and former tennis player Margaret Court with the Hopman Cup at the 2016 Hopman Cup Player Party at Perth Crown on January 2, 2016 in Perth 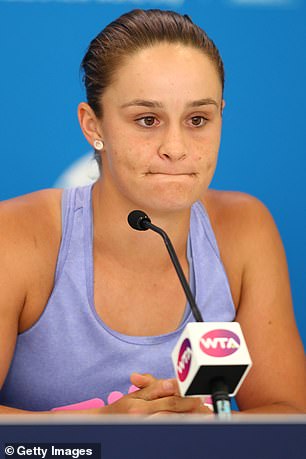 ‘We’ve said that we’re going to recognise Margaret … she’s one of the icons of sport in Australia and she’s going to be recognised as such,’ Tiley said.

Exactly how she will be honoured has not been confirmed by the organisation.

Last year Tennis Australia released a statement that both praised Court for her career achievements and distanced itself from her personal views.

‘Her outstanding playing career is her tennis legacy and clearly worthy of recognition,’ the statement said.

However, the statement then later said her views had ‘demeaned and hurt many in our community over a number of years’.

Serena Williams is currently one grand slam title away from equally Court’s record at 23 majors won.

Williams could equal her record if she wins this year’s Australian Open. 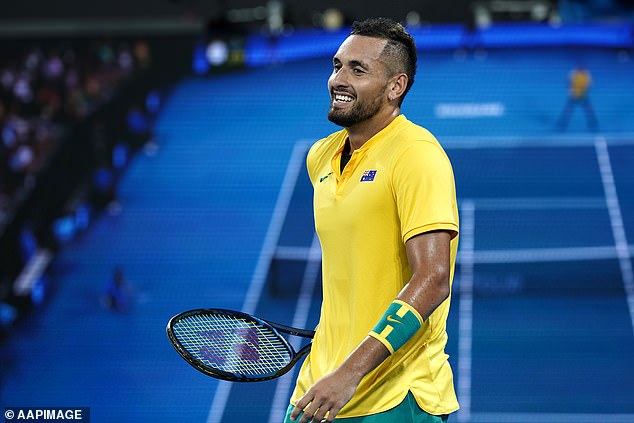 Nick Kyrgios (pictured) during his singles match against Stefanos Tsitsipas of Greece on day 5 of the ATP Cup tennis tournament at Pat Rafter Arena in Brisbane, Tuesday, January 7, 2020