Divock Origi’s goal, assist and all-round play showed Liverpool have the strength in depth to win the title

Possibly Jurgen Klopp’s only flaw for the majority of last season was refusing to believe anyone in his squad was capable of giving his front three a rest.

The penny only dropped late on when Divock Origi came in and scored vital goals against Newcastle, Barcelona and in the Champions League final itself.

Hence Klopp was confident enough to start this season with Origi up front alongside Mo Salah and Roberto Firmino against Norwich on Friday night, in order to give Sadio Mane some extra rest following the African Cup of Nations.

Origi’s goal and assist, and general all-round play, justified the decision and his presence didn’t weaken Liverpool at all. It should give renewed optimism to Liverpool fans – and Klopp – that this season they have the strength in depth to win the Premier League.

Origi is still only 24. The natural pace, movement and energy are still there in abundance, but it’s allied to a better tactical understanding of his role in the Liverpool team and how to affect a game.

Against Norwich, Klopp asked Origi to mainly stay wide on the left of a 4-3-3 and see if he could test the visitor’s promising but inexperienced full-back, Max Aarons.

The plan couldn’t have worked any quicker. After seven minutes, Origi tantalisingly rolled the ball with the bottom of this foot to get a yard’s space over his marker. Immediately, he delivered a perfect cross which would have reached Firmino had Norwich skipper Grant Hanley not intervened first and sliced the ball into his own net. 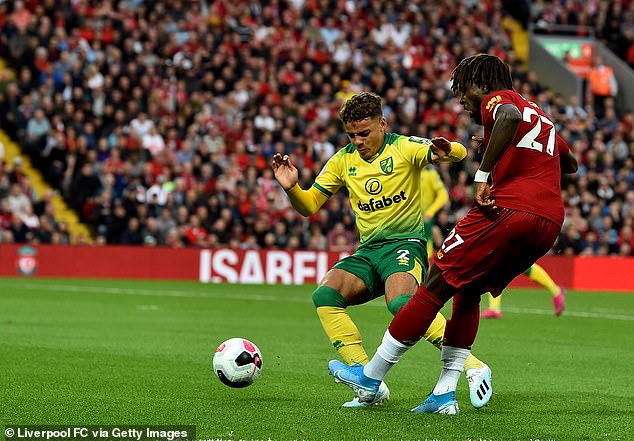 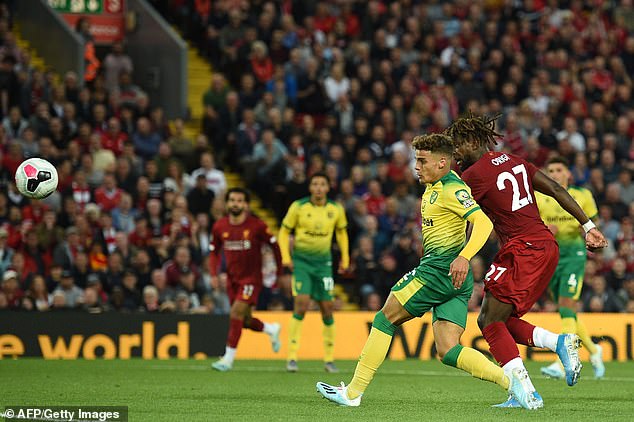 Liverpool’s fast start was just what the doctor ordered to lift Anfield and turn a potentially difficult opening fixture into an emphatic one.

Norwich were good themselves going forward but at the other end they were helpless to stop Liverpool. Firmino slipped Salah in for number two, Virgil van Dijk powered in a header for number three.

All the while, Origi was integral in the team’s build-up play so that Mane wasn’t missed. Another testing cross from the left almost panicked Ben Godfrey into another own goal. He moved centrally on only rare occasions but usually made an impact, with some neat interchanges with Firmino.

He was rewarded with a goal of his own after 42 minutes, catching Aarons unaware with a quick dart from the left wing to the penalty spot where he met Trent Alexander-Arnold’s cross with a thumping header past Tim Krul.

With the game already won at 4-0 at half-time, though Liverpool had lost goalkeeper Allisson to injury, Klopp’s side kept a high tempo in the second half. Origi was dangerous and unselfish, setting up Jordan Henderson to hit the woodwork. 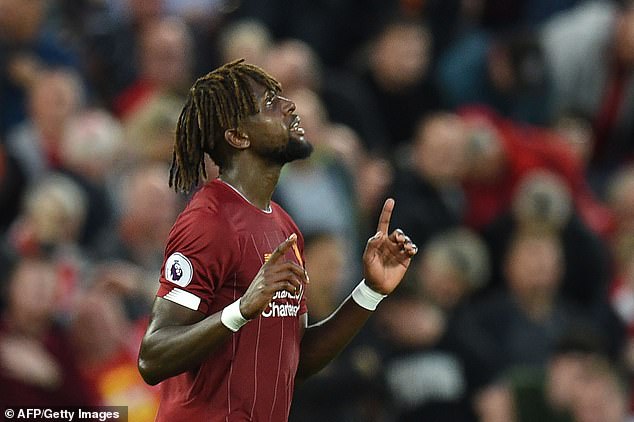 To Norwich’s credit, they kept going as well and deserved the consolation earned by Teemu Pukki just after the hour.

Liverpool’s front three of Salah, Firmino and Mane are world-class and nobody expects Origi to permanently dislodge them in the starting line-up despite signing a new contract this summer.

But with the club involved in seven different competitions this season as European champions, Klopp will have to rotate more than he’s ever done.

And Origi, a Belgian international who burst on the scene at the 2014 World Cup, has proved beyond doubt he can come in for certain games and not weakened Liverpool’s renowned attacking threat one iota.

When he made way for Mane deep in the second half, The Kop chanted “Di-vock O-ri-gi” loud and proud, as they had done after he’d created the opening goal.

Not bad for a forward considered on his way out of Anfield this time last year. 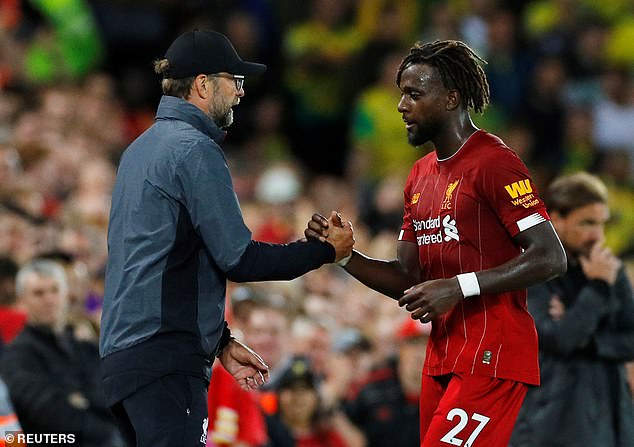