Novak Djokovic has revealed he will reconsider playing at this summer’s Olympics if fans are allowed to attend.

Tokyo 2020 Olympic officials are under immense pressure to cancel the games, which are due to start in July, with Japan struggling to get to grips with rising Covid-19 cases.

Organisers have already banned overseas spectators and a decision on domestic fans is expected in June. Tokyo’s current restrictions allow venues to have up to 5,000 or 50 per cent capacity, whichever is fewer. 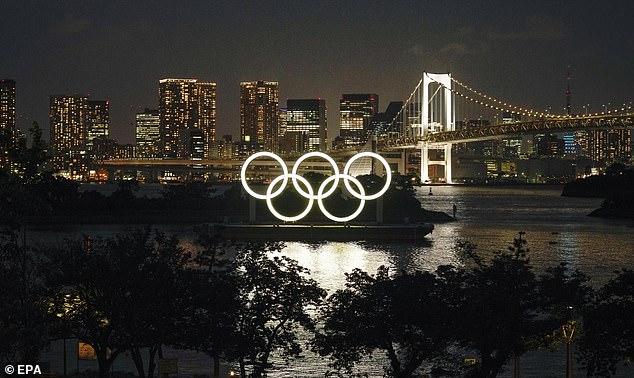 There have been calls for the Games to be played behind closed doors due to the high number of Covid cases in Tokyo, which had its state of emergencies extended on Friday.

But world No 1 Djokovic insisted he would only play if crowds were able to attend matches despite the warnings from experts.

‘I plan on playing in the Olympics, as long as fans are allowed,’ Djokovic said in a press conference.

‘If not, I’d think twice about participating.’

Japan’s Asashi Shimbun, an official partner of the games called for it to be cancelled amid risks to public safety and strains on the country’s medical system due to the Covid-19 pandemic. 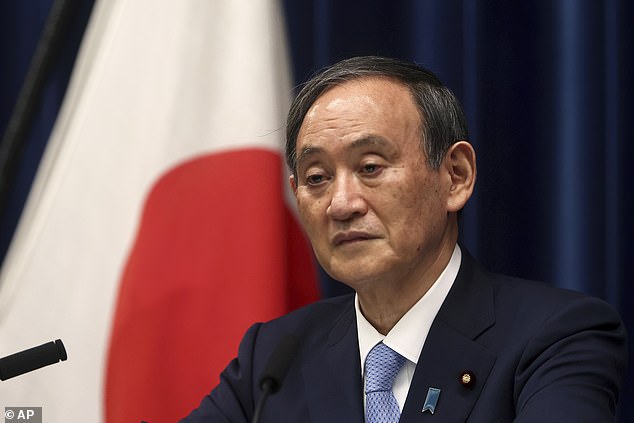 ‘We ask Prime Minister (Yoshihide) Suga to calmly and objectively assess the situation and decide on the cancellation of the event this summer,’ the national newspaper said in an editorial published on Wednesday.

Medical experts have warned the event could introduce new variants to Japan, parts of the country including capital Tokyo are still under states of emergency.

Haruo Ozaki, chairman of the Tokyo Medical Association said on Thursday that holding the event without fans in attendance ‘is the bare minimum given the current situation.’

‘This is the Olympics in a time of emergency,’ he said at a press conference. 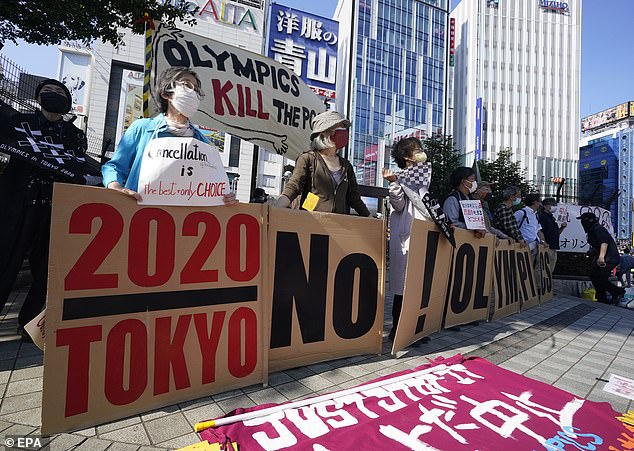 Olympic organisers are confident the Games will go ahead as planned and believe stringent anti-virus measures, such as regular testing of athletes, bio-secure bubbles and a ban on overseas fans, will keep things safe.

Government spokesman Katsunobu Kato said ‘efforts would be made so that the Japanese people understand the Tokyo Games will be held in a safe and secure manner.

‘We need to give explanation on details of the concrete [anti-Covid] measures.’