A New Zealand survival guide detailing how to act during natural disasters including volcano eruptions has been shared on Twitter.

The guide, which is printed in the back of phone books, lists six different kind of emergencies Kiwis should be prepared for.

They include earthquakes, storms, volcanic eruptions, floods, pandemics and tsunamis.

Last Monday 47 tourists were on White Island, an active volcano, when it erupted.

A total of 16 people have since died as a direct result of the tragedy.

Since the eruption, the survival guide entitled ‘Get Ready Get Thru’ has been shared online.

It includes a chilling warning about volcanoes with the instruction ‘do not go sightseeing’.

It also encourages New Zealanders to have a plan if they live in an active volcano zone- including learning about warning systems and what to do during an emergency. 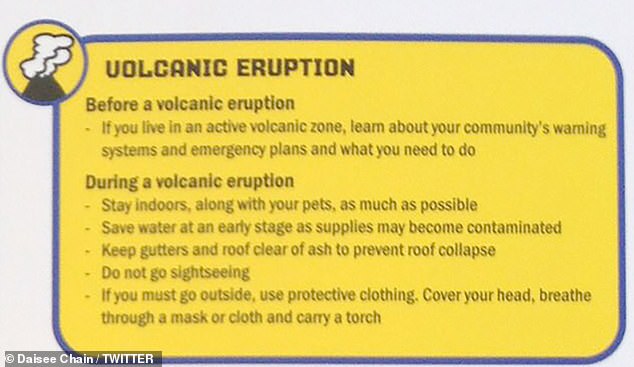 The guide also recommends people stay inside, stock up on water supplies and keep gutters and roofing clear of ash to prevent roof collapse.

The handbook details what to do in the case of other natural disasters or catastrophic events like earthquakes, storms, tsunamis, floods or a worldwide disease outbreak (pandemic).

In the event of an earthquake people are advised to ‘drop, cover and hold’. 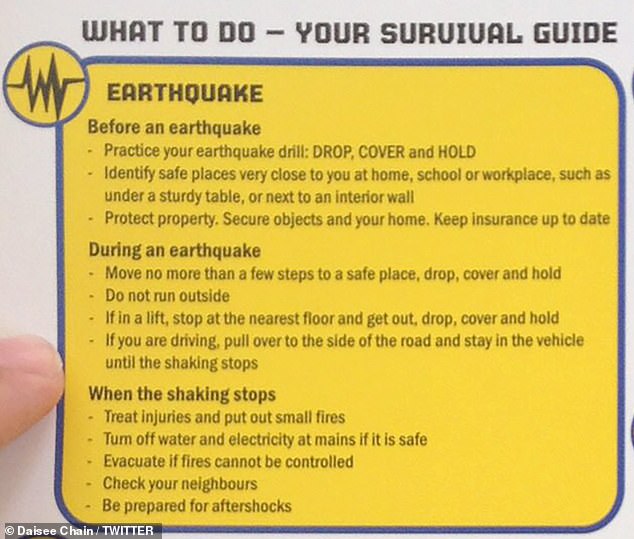 In the case of an earthquake New Zealanders are encouraged to take action before, during and after the incident

While they’re encourage to stay inside during a severe storm event, close curtains and stay away from doors and windows

If a tsunami hits people are told to move inland and away from bodies of water which could put them at risk.

While residents are told to avoid flooded areas and move to higher ground if floods strike.

In the case of pandemics New Zealanders are told to stay home and avoid other people. 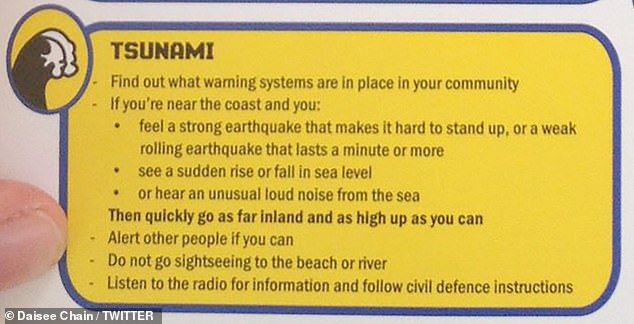 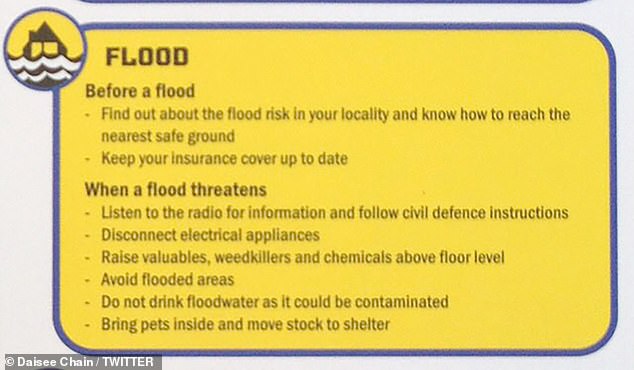 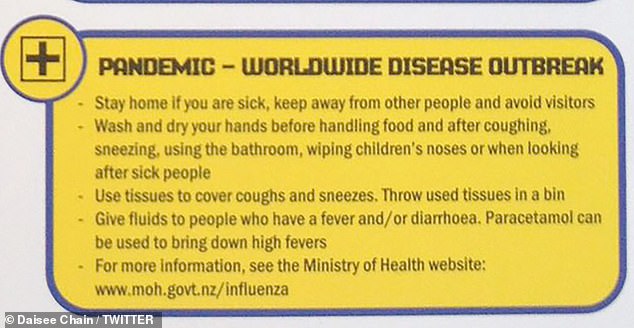 The guide was prepared by the National Emergency Management Agency and points people to visit the ‘Getthru’ website.

The website says a civil defence emergency will be declared and any at-risk areas evacuated if a life-threatening eruption is set to occur.

While there had been increased volcanic activity on White Island in the weeks prior to the eruption, no such warning was issued. 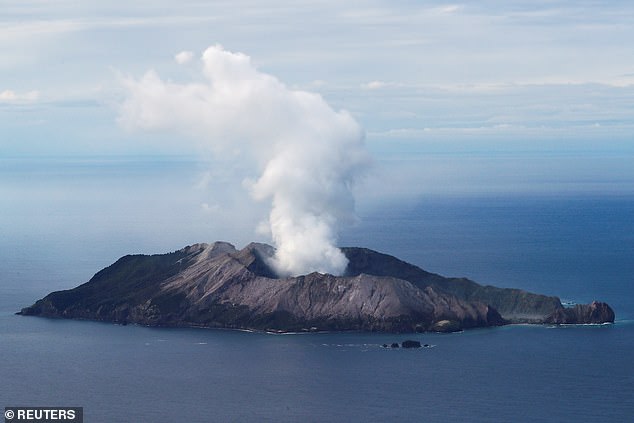 Last Monday 47 tourists were on White Island, an active volcano, when it erupted. A total of 16 people have since died as a direct result of the tragedy

The scientists from the geological agency monitoring the volcano’s stability had raised the volcanic alert level to a two out of a possible five in the weeks prior to the eruption.

The recent tragedy has prompted calls about why tourists were allowed on the island at all- and whether tour operators should be working closer with scientists to prevent future disasters.

Police will be heading up an investigation into the disaster, which will run alongside a heath and safety inquiry by Worksafe, according to the Guardian Australia. 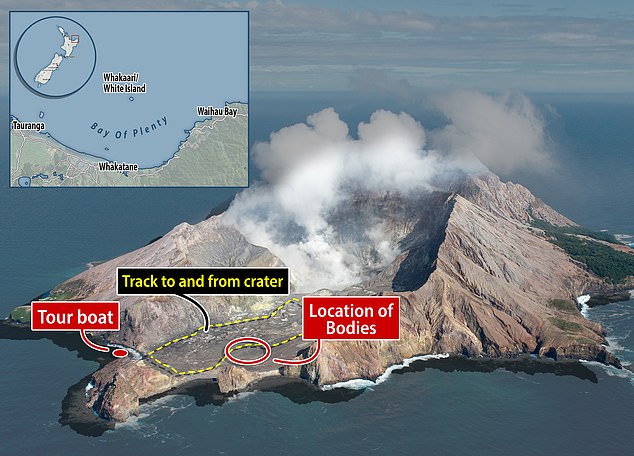