‘Do you want to kill me?’ The words of a humble cabinet maker before he was ‘stabbed to death’

‘Do you want to kill me?’ The chilling words of a humble cabinet maker before he was allegedly stabbed to death over an unpaid $8,400 renovation bill

A man is accused of the stabbing murder of a cabinet maker over an unpaid renovation bill and accusations of shoddy work.

Samir Mayhouh allegedly stabbed 61-year-old Bunyamin Oksuz in the chest when the cabinet maker arrived at his customer’s home in Melbourne’s north to recoup the $8400.

The cabinet maker of 30 years had badgered Mayhoub for months after receiving partial payment for the kitchen and laundry work, Ms Mahady said.

Mr Oksuz brought a friend to Mayhoub’s home in May 2019 and a fight broke out in front of the accused killer’s horrified family.

It’s not disputed Mayhoub thought the work was shoddy and grabbed a knife.

This was solely to protect himself and his family, his barrister Ruth Shann said. 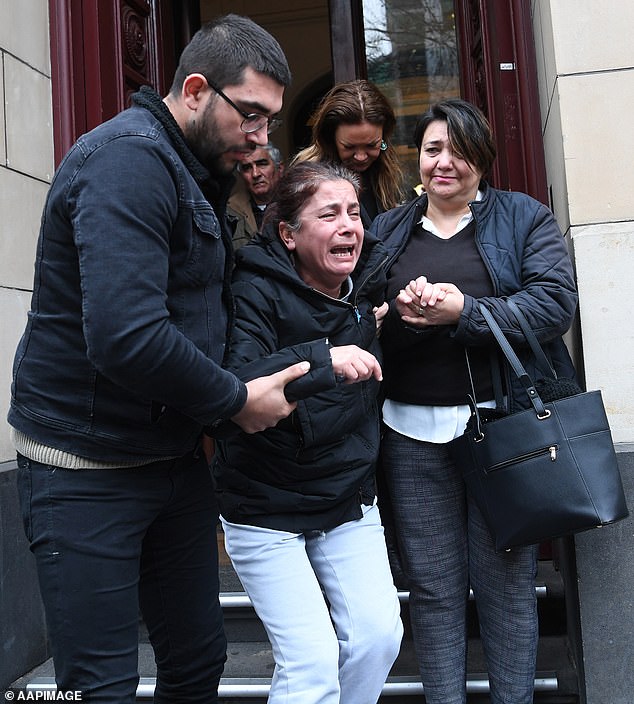 The altercation was captured on Mayhoub’s home CCTV before Mr Oksuz collapsed and died on the street.

‘I don’t know how the knife got there. I wasn’t trying to murder him or anything, it just happened,’ the court was told Mayhoub said to police.

‘I only protect my family, that’s all.’

The 56-year-old’s trial for murder, and an alternative charge of manslaughter, is due to continue on Thursday.